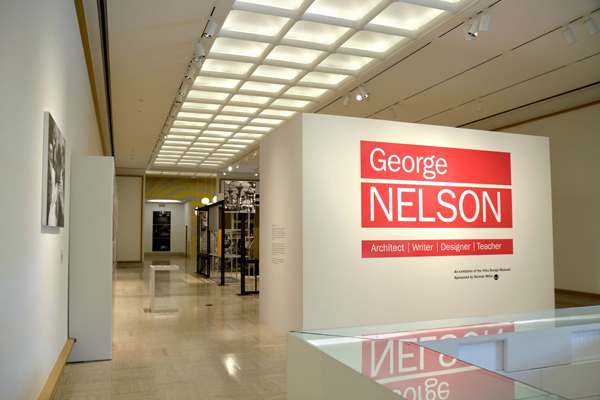 On June 16, the first comprehensive retrospective of the work of George Nelson opened at the Cranbrook Art Museum, in Bloomfield Hills, Michigan. “George Nelson: Architect | Writer | Designer | Teacher” first opened in Germany in September of 2008 at the Vitra Design Museum, marking what would have the American designer’s 100th birthday. The exhibition then traveled to Spain before landing state-side at the Oklahoma Art Center in the winter of 2011, moving along to San Antonio and Seattle before arriving at the legendary design institution’s newly renovated gallery space in Michigan (Contract, June 2012).

Greg Wittkopp, director of the Cranbrook Art Museum, experienced the exhibition in its first incarnation in Germany and knew immediately it would fit well in Michigan. “People come to Cranbrook to see this exhibit, and it just feels at home here,” he recently told Contract. “We have a great space for work that deals with mid-century modernism.” As the program must work within the space of each institution to which it travels, the flow can vary but the elements have all remained the same.

Another fitting piece to the puzzle is Herman Miller’s major sponsorship of the exhibition’s American tour, which has greatly reduced admission fees for visitors. As the furniture manufacturer’s Director of Design for more than 20 years, Nelson worked closely with Cranbrook, not only geographically from its Zeeland headquarters but for its defining role in the development of modernism during the 20th century. Dow Home and Studio is the secondary sponsor for the exhibition at Cranbrook

As the title of the exhibition denotes, the program encompasses the full range of Nelson’s extensive and prolific career. Originally trained as an architect at Yale, he parlayed that knowledge into an architectural writing career, where he closely followed mid-century modernism in Europe as it developed. His best-selling book Tomorrow’s House, coauthored with Henry Wright which profiled his revolutionary idea for the storage wall, caught the attention of Herman Miller and Nelson was brought on despite any earlier experience designing furniture. “During his lifetime [even], people called him a Renaissance man,” remarks Wittkopp.

Embodied through the iconic furniture he designed or the books and articles he wrote, Wittkopp says the exhibition is not just about individual pieces, like the Bubble clock (1947) or the Marshmallow sofa (1956). “Nelson produced memorable designs but more significant is how everything he did is grounded in research,” Wittkopp explains. “He would always ask, ‘What is the problem we are trying to solve through design?’ and, to me, it demonstrates that for George Nelson, design was more of a process than creating an object in the world.”

Wittkopp cites pieces like the Starburst clock as strong representations of the thought and consideration of context that went into his designs. “After WWII, he noticed a majority of the population was using wristwatches to tell time; no one used wall clocks and they were no longer critical to map the course of a day,” he explains. Based on this observation, he found the numbers were not the telling element of reading time, but rather it is the position of the clock’s hands, and so designed wall clocks with dashes or symbols to note placement. “It all comes into play when you look at his clocks. It seems obvious but he was the first to think that way.”

“George Nelson: Architect | Designer | Writer | Teacher” will be on view at the Cranbrook Art Museum until October 14 before making its final stop in the U.S. at the Yale University Art Gallery. 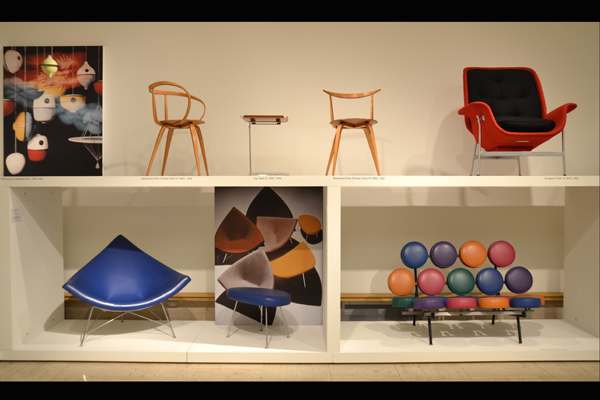 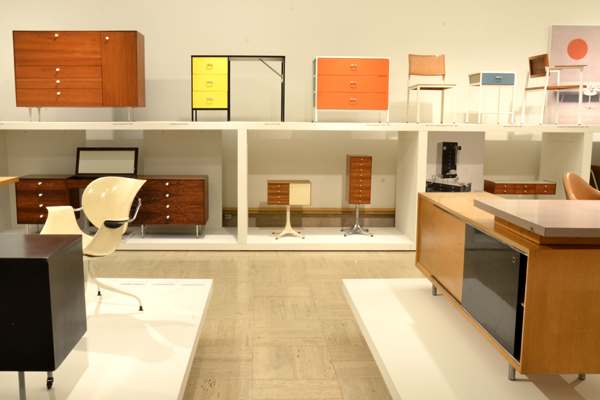 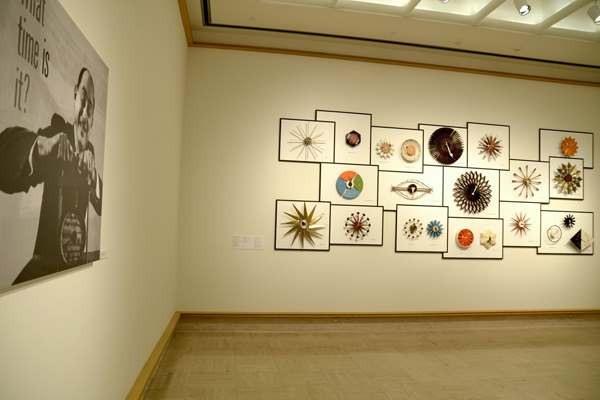 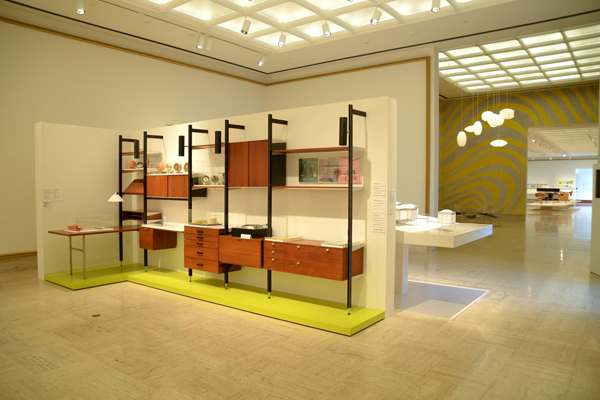 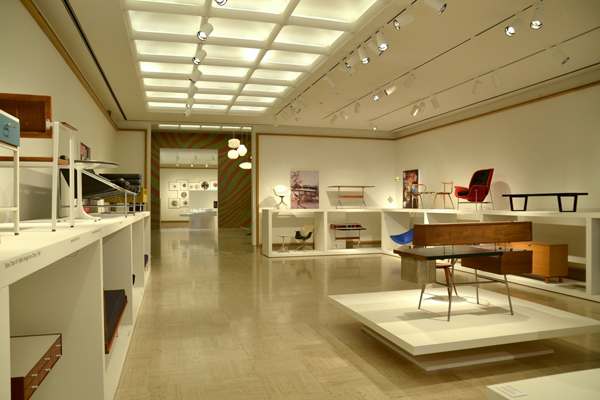 Posted In: Cranbrook Art Museum in the News, George Nelson