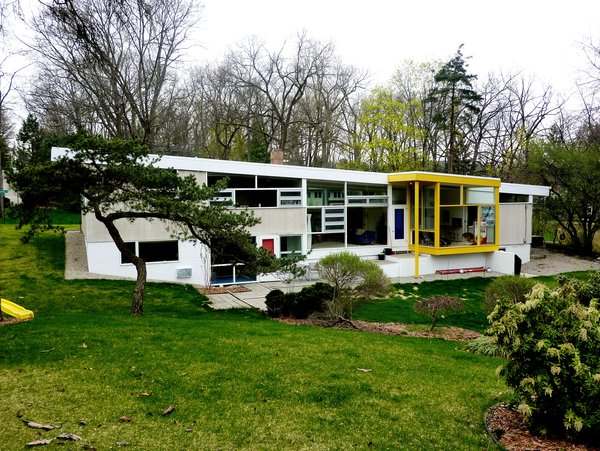 The state that was the center of both the automotive and furniture industry for most of the 20th century has never been given due regard for its design influence. That’s the premise of “Michigan Modern: Design that Shaped America,” which opens on June 14 at the Cranbrook Art Museum in Bloomfield Hills, Mich. Curated by Gregory Saldaña and Monica Ponce de Leon, the exhibition features well-known innovators like Eliel and Eero Saarinen, Florence Knoll and Henry Ford. But dozens of less-known figures also get to shine, including the textile designer Marianne Strengell, whose aluminum rug for Alcoa will be on view, and the architect William Muschenheim, whose 1954 home in Ann Arbor is shown here. A map room highlights every Michigan city that has made a design contribution, from Grosse Pointe to Kalamazoo. Through Oct. 13.