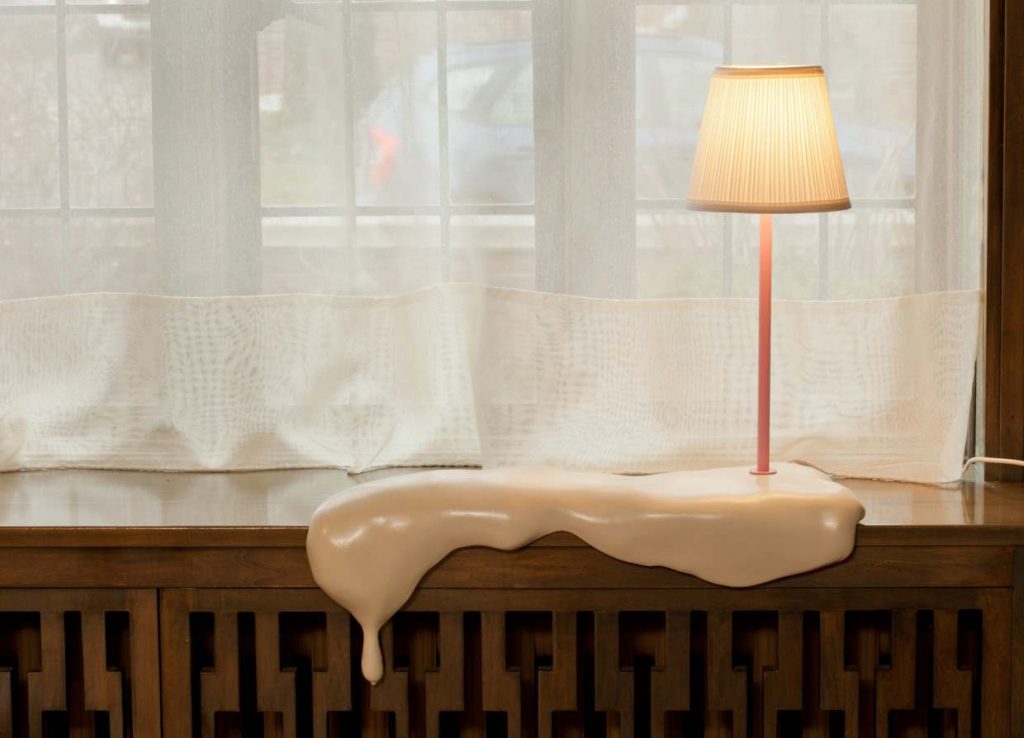 It’s hard not to get a little lethargic in August. Why not put some pizzazz in your late summer by taking in an art show or two? Not only will the art feed your mind and soul, it’ll also get you out of the heat into air conditioning. It’s a win-win proposition.

One of the most-intriguing shows in town right now features the loopy ceramics of Anders Ruhwald, who’s artist-in-residence for ceramics at the Cranbrook Academy of Art (248-645-3323) in Bloomfield Hills.

Up through Oct. 13, “Anders Ruhwald at Saarinen House: The Anatomy of a Home” features crazy, liquid-like ceramic sculpture displayed in an icon of mid-century Modernism, the house Cranbrook architect Eliel Saarinen designed and built for himself. The juxtaposition is shocking and exhilarating, both. But it’s up to you to decide whether Ruhwald’s esthetic challenges or highlights the restrained elegance Saarinen House is famous for.

On the west side of town, the Northville Art House (248-344-0497) hosts “Collaboration and Continuum: The Carnival Photographs of Bill Rauhauser and Carlos Diaz” through Aug. 30. The two Detroit photographers approach the Midway and its carnies in completely different eyes. Diaz shoots mostly formal portraits, while Rauhauser — a legend of Detroit street photography — grabs fleeting moments of real life.

Finally, don’t you owe it to yourself to hang out more at the Detroit Institute of Arts (313-833-7900)? If you’ve got time on your hands, consider lounging and reading in the handsome new “living room” the museum’s created out of Kresge Court, grab a great meal at Cafe DIA, and wander some of the coolest galleries in the United States. For real visual punch, stroll into “Ellsworth Kelly: Prints” near the cafe for a bracing hit of pure color and form by the celebrated minimalist. The show is up through Sept. 8.