What better way to celebrate Valentine’s Day than by taking a leisurely stroll around the Cranbrook campus in sub-zero temperatures, photographing ice formations and footprints in the snow? In 1977, artist Shiro Ikegawa (1933–2009) did just that, commemorating one of America’s most beloved and reviled holidays with a suite of eighteen photo-lithographs and silk-screened prints. Cranbrook Academy of Art’s printmaking department invited Ikegawa for a two week visit, during which time he led critiques and became an acting art director of sorts, supervising students as they executed his works on the lithographic press.

The three images below were published in a Birmingham-Bloomfield Eccentric article about Ikegawa’s visit. Photos by Barbara McClellan. 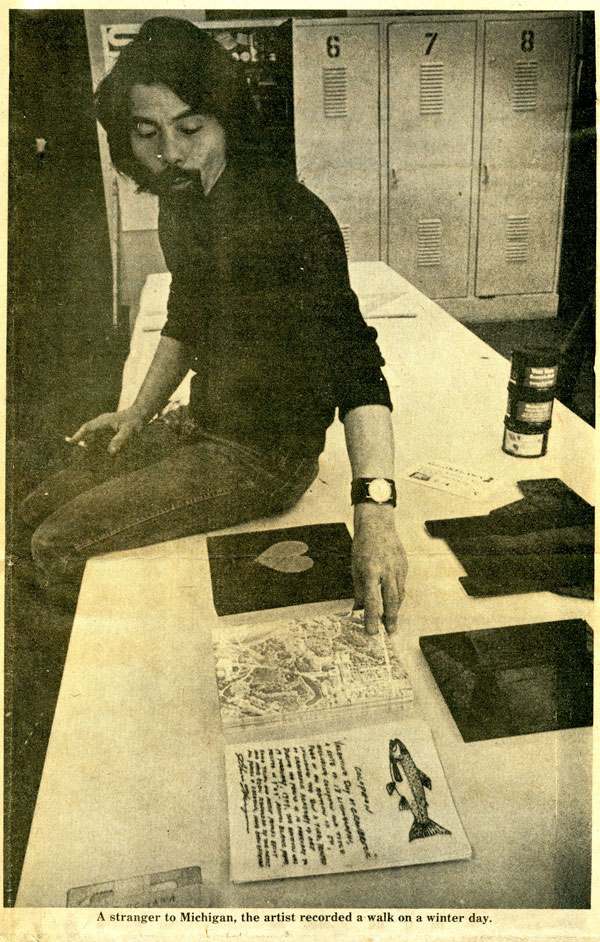 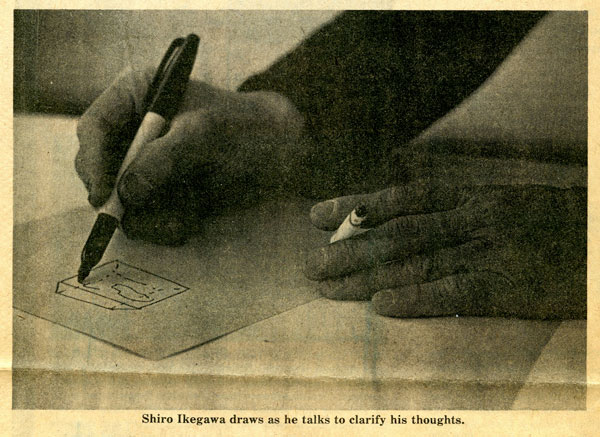 A prophetic reference to Cranbrook Art Museum’s current exhibition, My Brain Is in My Inkstand: Drawing as Thinking and Process? 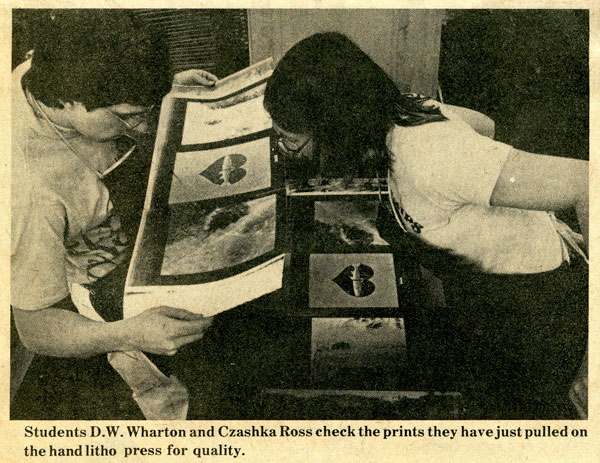 Czashka Ross remembers taking sunrise walks with Shiro, and making a “to-die-for chocolate sauce for ice cream for 40 for the studio dinner.”

On the morning of Valentine’s Day, Ikegawa spent three hours out in the cold documenting scenes with his camera from around Cranbrook’s grounds. The portfolios he created with printmaking students David W. Wharton, Michael D. Powe, and Czashka Ross included prints of his photographs from that day, as well as a copy of a letter from printmaking artist-in-residence Connor Everts inviting him to visit, maps of Oakland county, and recurring representational drawings of fish, which persisted as important symbols for the artist throughout his career. 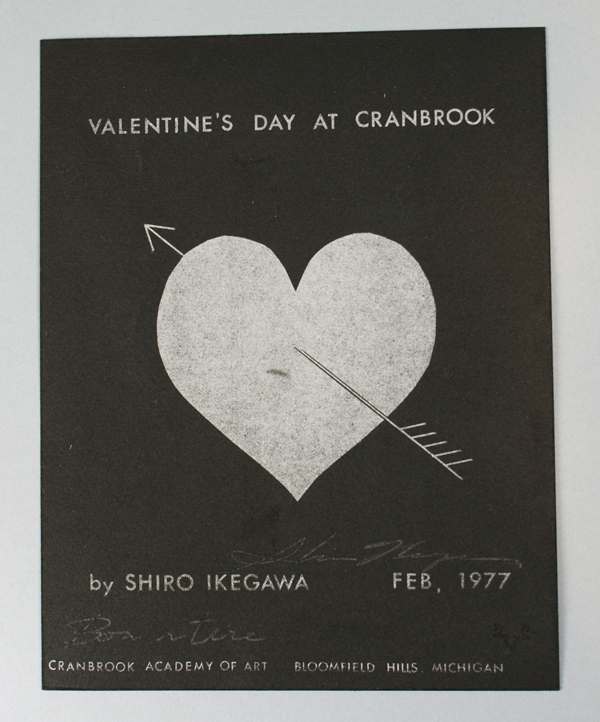 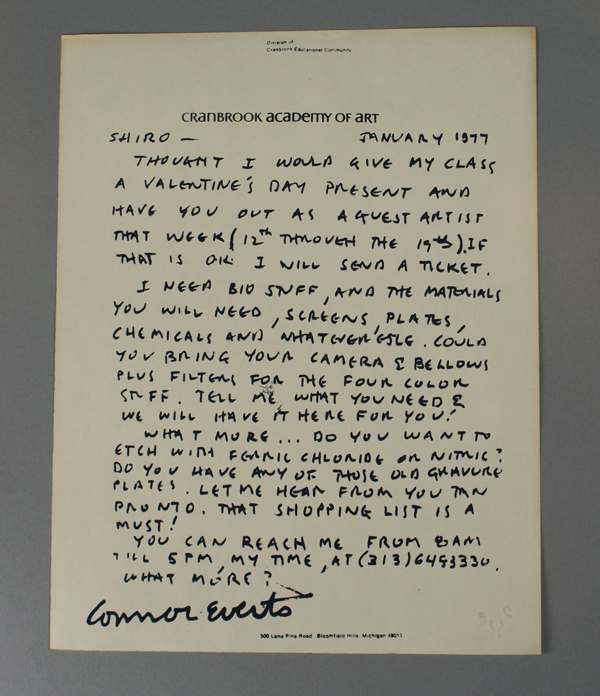 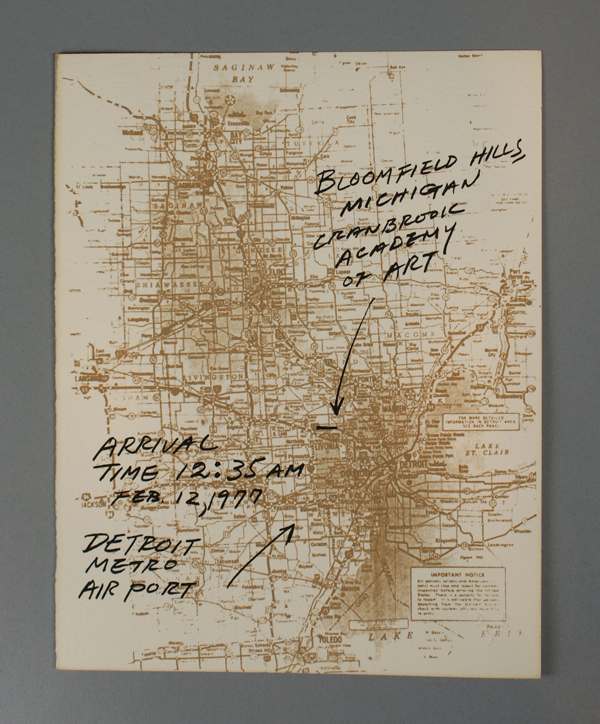 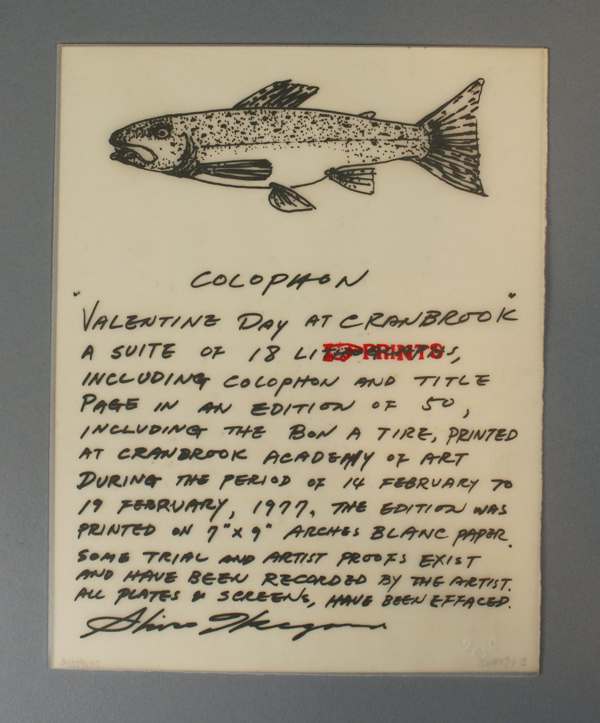 Colophon for Valentine’s Day at Cranbrook 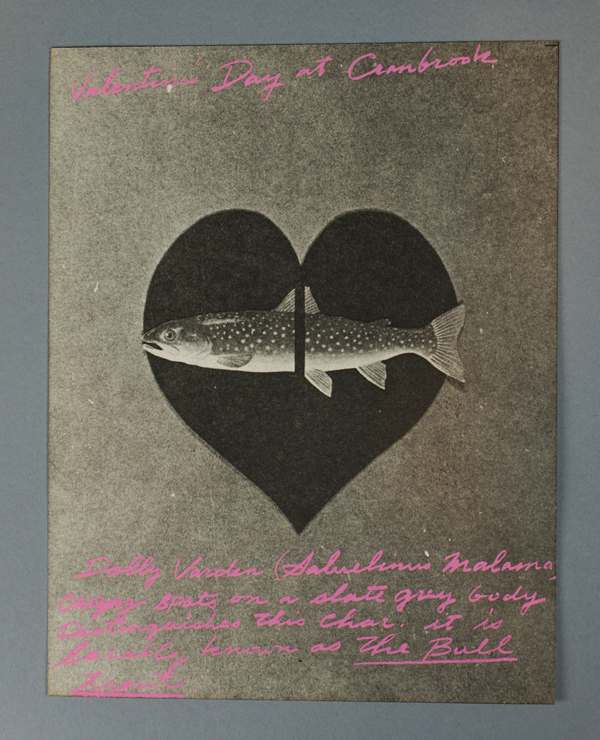 Valentine’s Day at Cranbrook, Dolly Varden or the Bull Trout 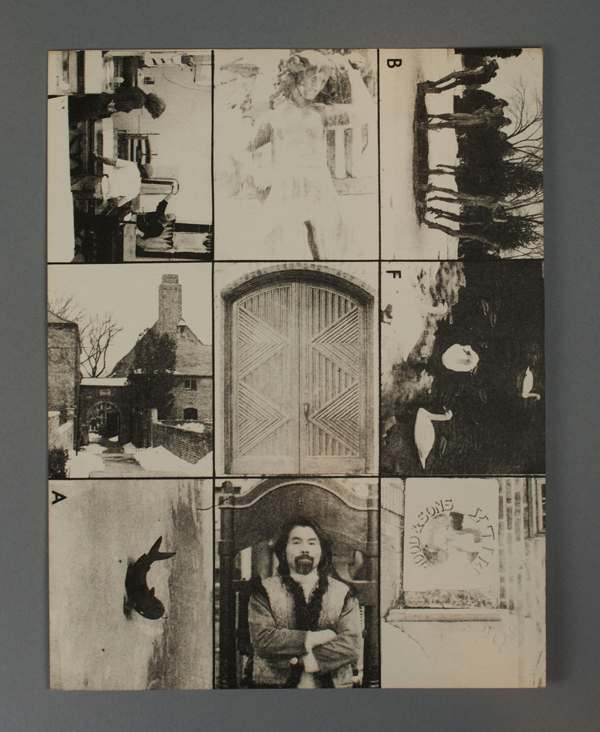 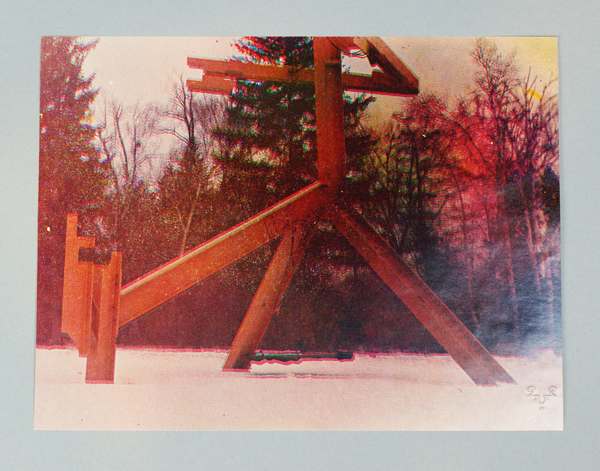 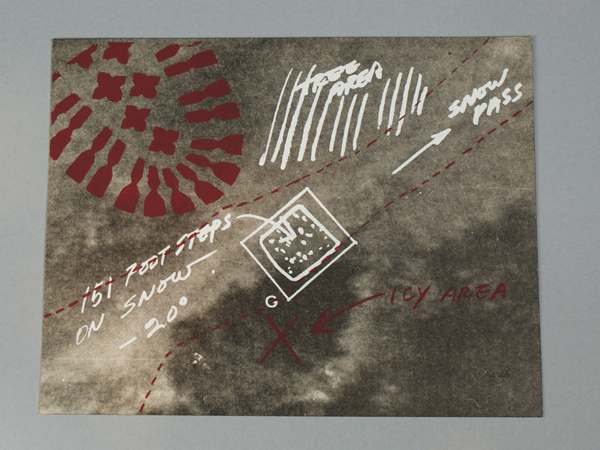 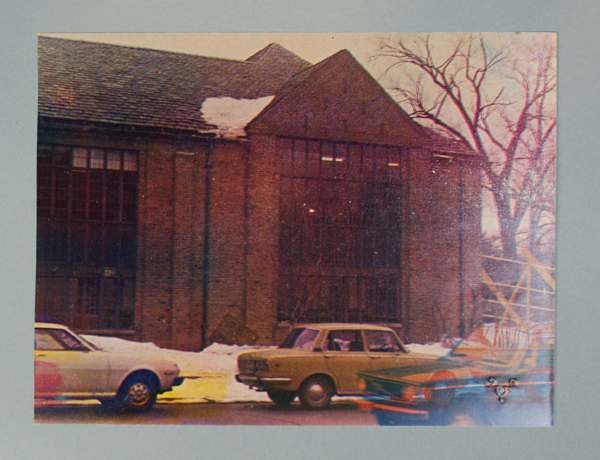 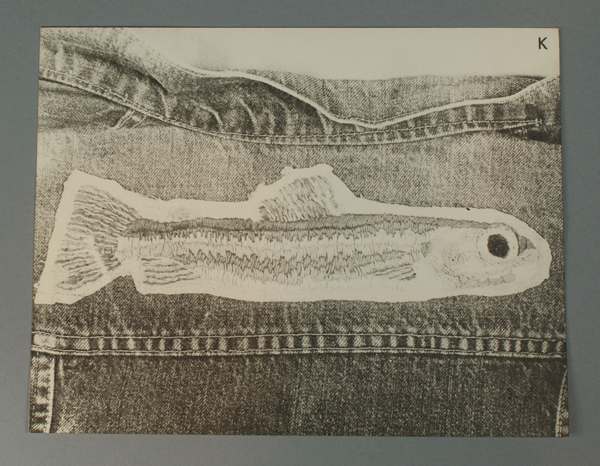 Drawing of Fish on Denim Fabric

Ikegawa and the students created the portfolios as a limited edition of fifty. With eighteen prints included in each, the project was extremely arduous. Wharton recalls transferring the images onto lithographic stone, applying the ink by hand, and printing each one individually. The colors in each tri-colored serigraph also had to be separated by hand. After several fourteen-hour days in the studio, a compact and perfectly packaged treasure emerged—the product of a true labor of love!