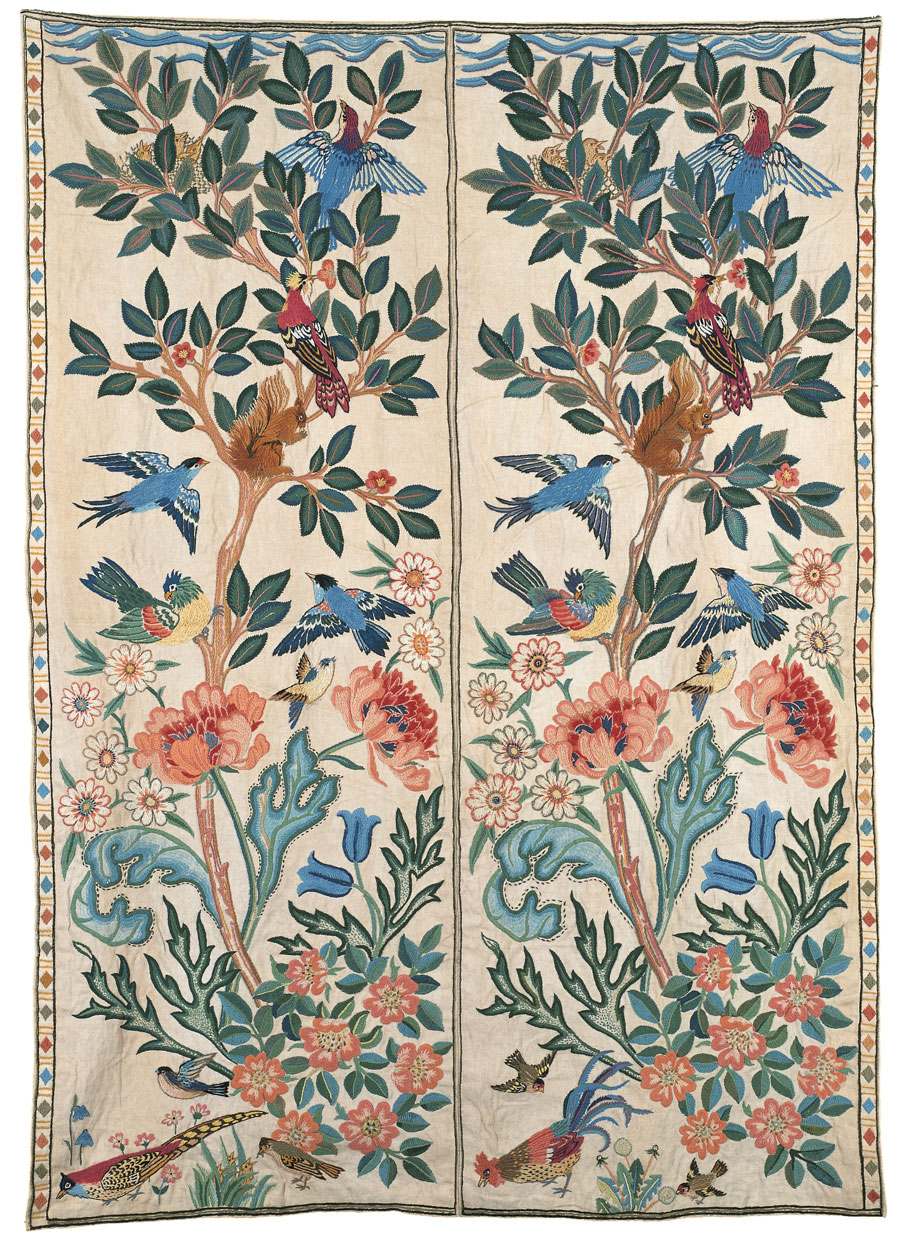 On the 152nd anniversary of her birth all of us at Cranbrook Art Museum are excited to wish artist and designer May Morris a very happy birthday! Born March 25, 1862 in Bexley Heath, England, May Morris grew up in an artistic community fueled by the beliefs of her father William Morris, a founder of the British Arts and Crafts Movement. Intellectually committed to her father’s movement, she learned needlecraft at the feet of her mother Jane, a Pre-Raphaelite model and muse for Morris and others.

As an adult, May Morris advocated both for her father’s artistic movement and for women’s involvement in art through needlework. She traveled the United States for five months between 1909 and 1910, lecturing on the Arts and Crafts movement and women’s role in the arts. Exposed to the women’s rights movement growing in the United States in this period, Morris became a champion for trade unions and women’s arts guilds—a move that earned her the dislike of many Arts and Crafts leaders, including Gustav Stickley.

It was during this lecture tour that George Gough Booth first encountered Morris’s work. Ten years later Booth purchased these bed-hangings—designed by Morris and executed by Morris and fellow needleworker and teacher Mary Newill—from a 1920 Detroit Society of Arts Crafts exhibition featuring Morris’s work and that of other British Arts and Crafts artists. Designed in 1916, the bed-hangings were first exhibited at the Eleventh Arts and Crafts Exhibition in London in the same year and were published in The Studio: Year-Book of Decorative Art in 1917. George and Ellen Booth loved the bed-hangings, which they hung in Cranbrook House until 1955.