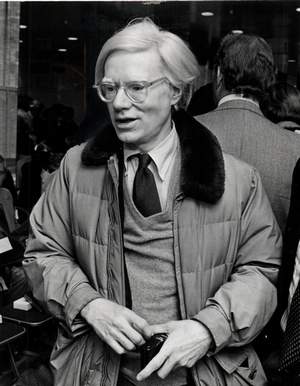 BLOOMFIELD HILLS — The banana. The zipper.

Along with his Marilyn Monroe portrait and the Campbell Soup cans, Andy Warhol’s album covers have their own place in the pop-art pantheon.

The Cranbrook Art Museum is kicking off what it says is the most comprehensive exhibition of authenticated Warhol record covers to date — including three recently discovered albums that never before have been shown in such a setting.

“Warhol On Vinyl: The Record Covers, 1949-1987+,” which opens to the public on Saturday and runs through March 15, features 60 unique album covers and nearly 100 in all, including color and size variations.

They range from the recognizable to the rare.

There’s The Velvet Underground’s 1967 debut album, “The Velvet Underground & Nico,” which features a Warhol drawing of a banana on a plain white background; as well as 1971’s “Sticky Fingers,” a Rolling Stones record that includes not only hits such as “Brown Sugar” and “Wild Horses” but a provocative cover of a man in jeans with a zoomed-in shot of the zipper.

Fun facts: The banana on the Velvet Underground LP could be peeled. It was a sticker that, when removed, revealed a pink banana underneath. And pulling down the zipper on the Stones’ album revealed the male model’s underwear.

The exhibition came about after a Cranbrook board member, Frank Edwards, gave his collection of original-issue Warhol record covers as a gift to the museum, Mott said. Edwards was “really wanting (his collection) to be out there into the world,” said Gregory Wittkopp, the museum’s director.

A handful of the albums, which sit under glass and are handled only by museum officials wearing protective gloves, have never been displayed publicly.

They include “Melodic Magic: Lew White at the Organ with His Orchestra,” circa 1953, the most recently discovered Warhol cover — just in the past year.

Also on display are the cover of a 1955 Count Basie album, which features Warhol’s first celebrity portrait, and the “Giant Size $1.57 Each” record, his first pop-art record cover. Mott said that 1963 release was the “moment where the record cover becomes an artwork in and of itself.”

Fresh out of Pittsburgh’s Carnegie Tech, where he studied graphic design, Warhol moved in 1949 to New York City, where he designed the cover for “A Program of Mexican Music” conducted by Carlos Chavez, an album released in conjunction with an exhibition of Mexican art.

That cover, which features Warhol’s “blotted-line” technique, is part of the display at Cranbrook.

Warhol liked the experience so much that he “went to record stores and started to flip through the racks and when he liked what one certain company was doing, he cold-called them and said, ‘My name is Andy Warhol. I’d like to make a record cover for you,’” Mott said.

And he never stopped making them up until his death in 1987.

“This is also a story about him loving music,” Mott said. “These record covers are the only medium he worked in throughout his entire career.”

To that end, an area of the exhibition space has been set aside as a “listening room,” where visitors can play 20 of the vinyl albums on three record players.