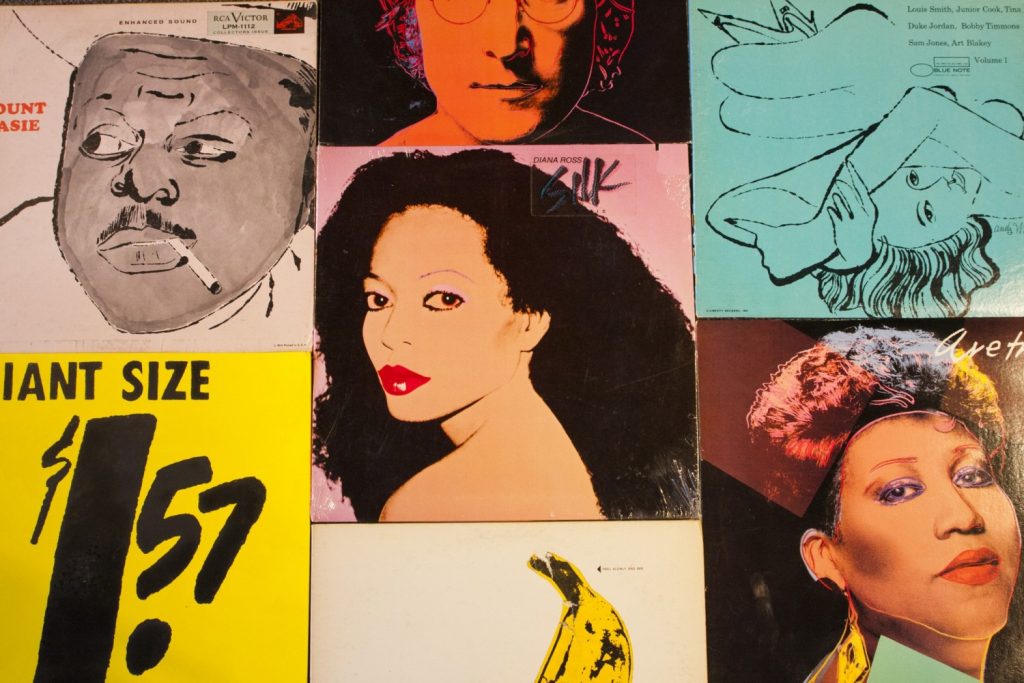 For an artist whose work ultimately commanded millions of dollars, Andy Warhol also, and quite deliberately, created original work accessible to ordinary people — in the form of record album covers.

This democratic side of the great pop artist is on view at the Cranbrook Art Museum starting Saturday in “Warhol on Vinyl: The Record Covers 1949-1987.”

The show features more than 100 bonafide album covers, stretching from the dawn of Warhol’s career in 1949 to his death in 1987, from the Rolling Stones’ “Sticky Fingers” to the extremely rare “Giant Size $1.57 Each.”

Interestingly, notes Cranbrook curator of contemporary art and design Laura Mott, those same years pretty much describe the rise and fall of vinyl L.P. records, introduced to the industry in 1948 and all but replaced by CDs by 1987.

The covers on display are largely drawn from Cranbrook’s own outstanding collection donated by a local collector.

“There are six guys in the U.S., Canada and Europe who are passionate Warhol album cover collectors,” Mott says. “This is their hobby. They spend hours a day on it. And we have one of them here, Frank M. Edwards, who gifted us the collection.”

Through Warhol’s album-cover output, she notes, you can track his artistic evolution. “Album covers were something Warhol worked on from 1949, when he moved to New York to launch his graphics career, till his death in 1987,” Mott says. “Through them you can trace the history of his whole career.”

For example, ever wonder when Warhol started doing celebrities? It’s right there on an album cover. The artist who became known for doing the rich and famous, as well as the humble soup can, painted his first celebrity in 1955 — the band leader Count Basie, “a really beautiful ink-wash portrait,” Mott says.

In the 1960s, Warhol both managed the influential rock group Velvet Underground and designed their album covers, which blossomed in the artist’s burgeoning pop-art style — most famously with the naughty, bright-yellow banana on the band’s debut album, “Velvet Underground & Nico.”

The show will include three covers that have never been exhibited, including one, “Night Beat,” on loan from a Belgian collector that was discovered just last year, and at present is the only known copy on Earth.