Warhol: Under the Covers at Cranbrook | WDET 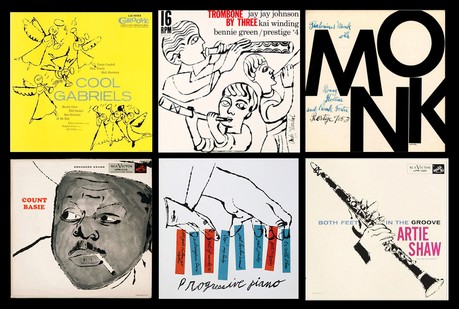 We all the the soup can man. We recognize a few of the players in his clique of characters, we’ve read about the sex and drug fueled Factory parties. We know the haircut, the glasses, the bony cheeks behind the experimental films, multiple color-combo celebrity portraits, and his role with a certain New York rock band.

Before, during, and after his rise to become an international art star and pop cultist, Andy Warhol was a working graphic artist and his work often spilt into the music business. He created the art for dozens upon dozens of vinyl albums from 1949 to 1987. Some of them, like the Velvet Underground’s debut record, are as infamous as the music they contain.

More than 100 covers, including five that have never before been exhibited for the public, will be on display when “Warhol on Vinyl” opens this week at the Cranbrook Museum of Art in Bloomfield Hills. Laura Mott is the curator of contemporary art and design at Cranbrook. She spoke about the exhibition with WDET’s Travis Wright: