Theater of the Mind

The Cranbrook Hall of Wonders: Artworks, Objects, and Natural Curiosities draws its inspiration from sixteenth-century “Cabinet of Curiosities” or “Wunderkammers,” and will showcase art, natural oddities, and anthropological discoveries side-by-side – pulling items from the collections of both the Art Museum and Institute of Science. Theater of the Mind focuses on the imagination of the audience, with light and sound installations accompanying artworks from a broad range of artists, including Hans Rosenström, Anthony McCall, Bruce Nauman, Roni Horn, Hiroshi Sugimoto, and others. And Iris Eichenberg: Bend is Cranbrook Art Museum’s first solo exhibition featuring Cranbrook Academy of Art Metalsmithing Artist-in-Residence, Iris Eichenberg, and is a new body of work inspired by her 25-year career as a contemporary jewelry artist.

“The three exhibitions at Cranbrook Art Museum present a dynamic spectrum of artwork, design, and objects,” says Laura Mott, Curator of Contemporary Art and Design. “The Museum’s offerings range in date from newly-commissioned contemporary artwork to centuries-old natural objects. Together, the exhibitions allow for experiences of discovery and rediscovery, and delight for the senses and the imagination.”

The ArtMembers’ Opening Reception for all exhibitions is Saturday, November 22, from 6-8:30pm. Iris Eichenberg will deliver an exhibition introduction at 6pm, followed by exhibition previews with the curators and artists from 6:30-7:30pm. A celebration with live music will follow from 7:30-8:30pm. The general public will be able to attend the opening by purchasing a membership, which will be discounted by 50 percent that evening. The exhibitions open to the public on Sunday, November 23, and include a special lecture at 1pm by Hans Rosenström, who is unveiling new work in the Theater of the Mind exhibition created especially for Cranbrook. 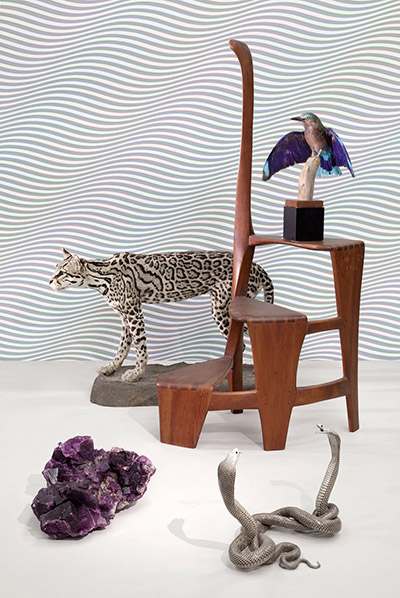 The Cranbrook Hall of Wonders draws its inspiration from the precursor to the modern museum: the “Cabinet of Curiosities” or “Wunderkammer,” a sixteenth-century collecting and display technique in which art, ornate functional objects, natural oddities, and anthropological discoveries co-existed together as a microcosm of knowledge. This contemporary interpretation is a floor-to-ceiling installation featuring Cranbrook Art Museum’s preeminent collection of artworks, design, and craft objects from the twentieth and twenty-first centuries, exhibited alongside cultural properties from Cranbrook’s historic campus, and inspired selections from the vast holdings of Cranbrook Institute of Science.

From the sculpture of Claes Oldenburg to antique navigational tools; from Arts and Crafts pottery to taxidermied animals, The Cranbrook Hall of Wonders combines seemingly disparate objects to explore new avenues of display and context, shaping compelling vignettes that—in the spirit of its Renaissance-era predecessors—seek to captivate, provoke, and amaze.

The exhibition will be accompanied by the Acts of Curiosity: Exhibition and Performance Series, a monthly program of events in which invited contemporary artists and scholars will respond to the installation with performances or “exhibitions-within-the-exhibition,” placing objects in unexpected new contexts with their own items of equal fascination. The schedule includes:

Thursday, January 29, 2015, 6pm:  Exhibition by designer Jack Craig (Detroit) and lecture on the history of the Wunderkammer by Jennifer Nelson (Ann Arbor), Assistant Professor of Art History at the University of Michigan

The Cranbrook Hall of Wonders: Artworks, Objects, and Natural Curiosities was organized by Cranbrook Art Museum and curated by Laura Mott, Curator of Contemporary Art and Design, and Shelley Selim, 2013–2015 Jeanne and Ralph Graham Collections Fellow. The exhibition was designed by Mark Baker, Head Preparator and Exhibition Designer. 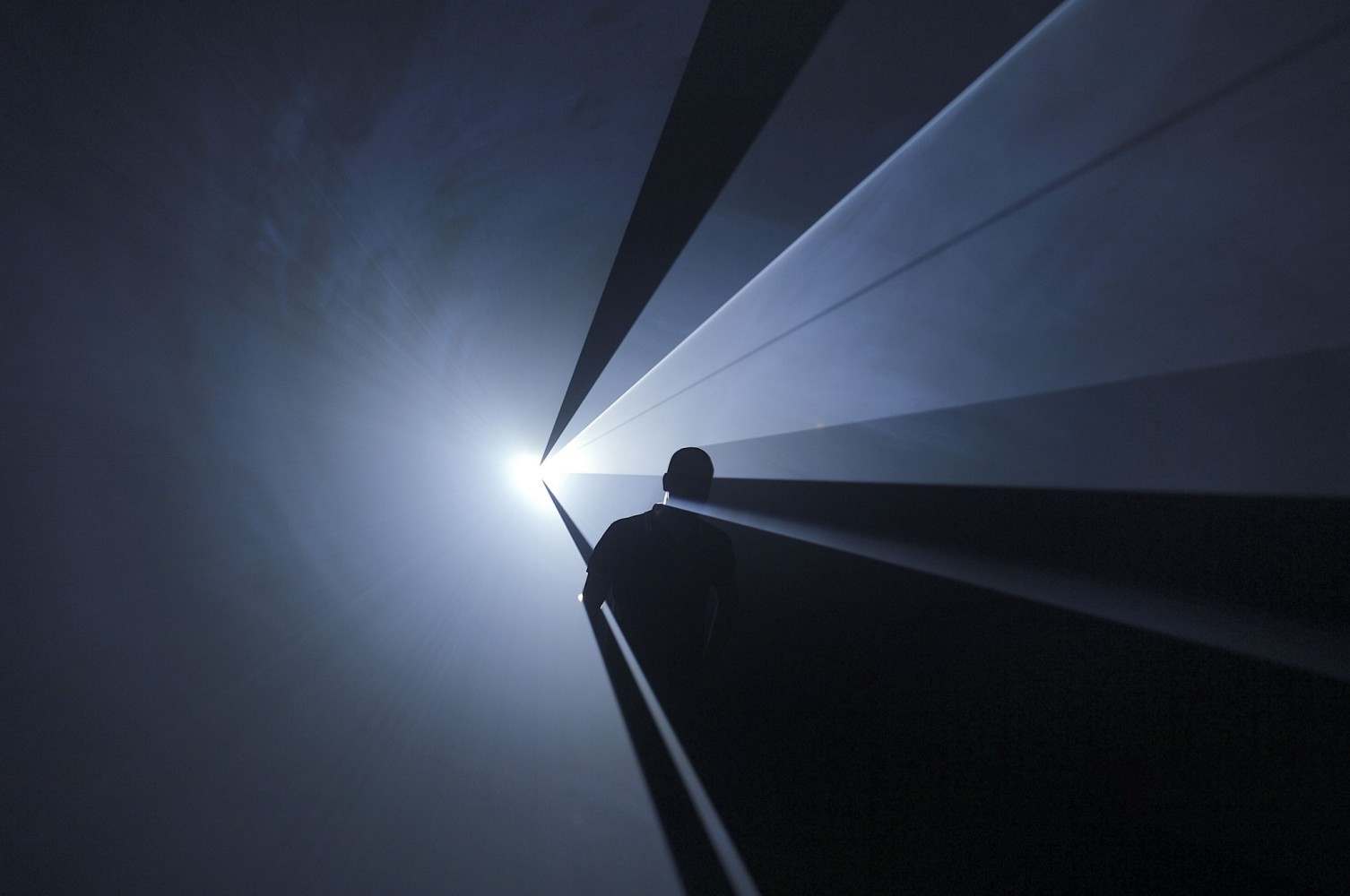 Theater of the Mind is an exhibition that focuses on the imagination of the audience. The term “theater of the mind” is used to describe a strategy of self-hypnosis in which one visualizes themself as an actor projected on a screen, thereby simultaneously becoming the protagonist and the audience. Similarly, the artists and designers in the exhibition each have created works that are actualized in the viewer’s imagination and produce narratives that are not tangibly visible, yet lucid and vibrant.

Theater of the Mind was organized by Cranbrook Art Museum and curated by Laura Mott, Curator of Contemporary Art and Design. Hans Rosenström’s installation is supported, in part, through grants from the Finlandia Foundation National and Frame Visual Art Finland. 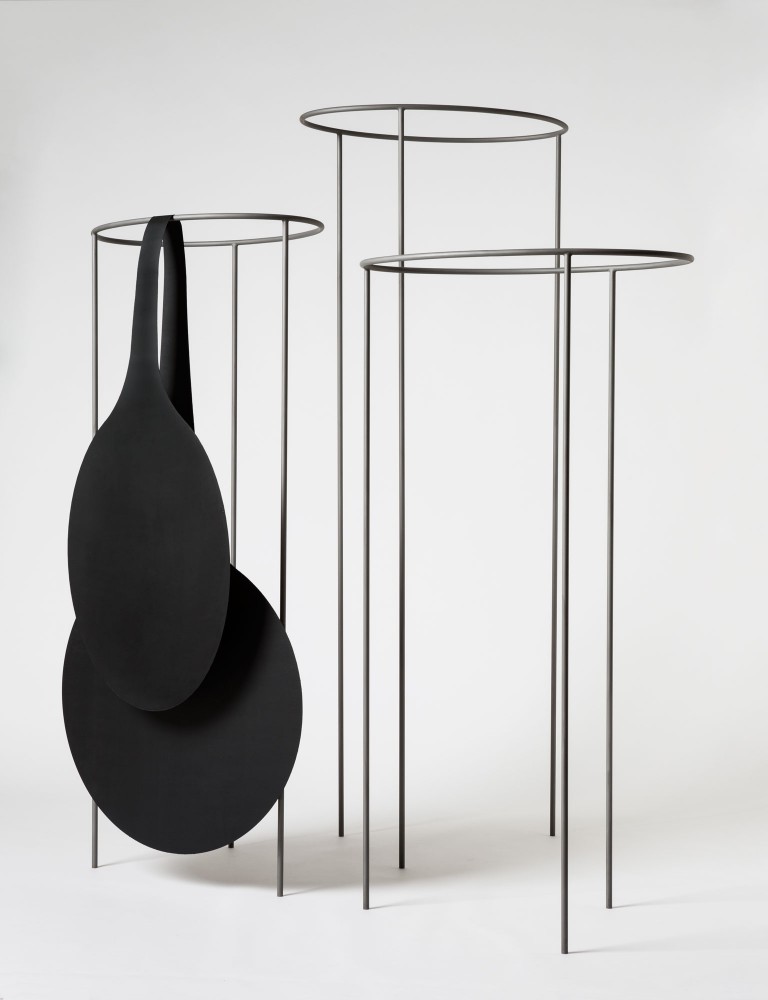 Bend is a solo exhibition by contemporary jewelry artist Iris Eichenberg, Artist-in-Residence and Head of the Metalsmithing Department at Cranbrook Academy of Art.  As a point of departure, Eichenberg revisited her artistic practice; the result is an unconventional retrospective of her 25-year career told through a body of new work. Decades in the making, this exhibition is an introspective look at the alchemic process of creation and the artist’s life-long research into the behavior of materials.

The exhibition’s title, Bend, speaks to the language of the body and the artist’s material choices—gold, brass, rusted steel, textile, and mirrored glass—as well as Eichenberg’s circuitous path as a jewelry artist. Eichenberg has described her process as “drawing in materials” and for this exhibition she has sketched on a more monumental scale. The exhibition features life-size enlargements of work the artist previously executed though the jewelry-making process, thereby becoming sculptural anomalies that enact the body and ornament at the same time.

Iris Eichenberg: Bend was organized by Cranbrook Art Museum and curated by Laura Mott, Curator of Contemporary Art and Design. It is sponsored, in part, by the Jeanne and Ralph Graham Exhibition Fund. The accompanying exhibition catalog, which will be available for purchase at the front desk, is supported, in part, through a grant from the Rotasa Foundation.

Coming to Cranbrook Art Museum in 2015 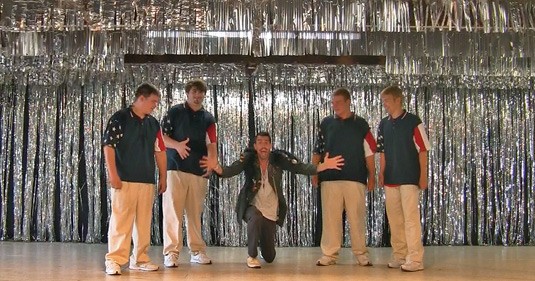 MDWST (a truncation of Mister Midwest) is a continuation of the adventures of Beverly Fre$h—a stylized autobiographical character that doubles as an artist persona and stage name for Zack Ostrowski, a graduate of Cranbrook Academy of Art (2D ’09). Like a postmodern tale of the picaresque, Fre$h has traveled extensively over the last two years on a quest to understand, reconfigure, and interrupt the social constructs and cultural rituals of the rural Midwest.  He created impromptu, site-oriented performances alone and with strangers at carnivals, country fairs, front yards, and back roads, which were recorded for a documentary titled The Outskirts (2014).  This exhibition presents a series of new works inspired by his performative research in the region and features four character tropes he met during his travels: The Badass, The Innocent, The Professional, and The Seeker.

Mr. Mdwst – A Real Good Time by Beverly Fre$H was organized by Cranbrook Art Museum and curated by Laura Mott, Curator of Contemporary Art and Design.  The exhibition is part of an ongoing series that presents the work of vibrant emerging and mid-career contemporary artists with a special focus on graduates of Cranbrook Academy of Art and Detroit-based artists. 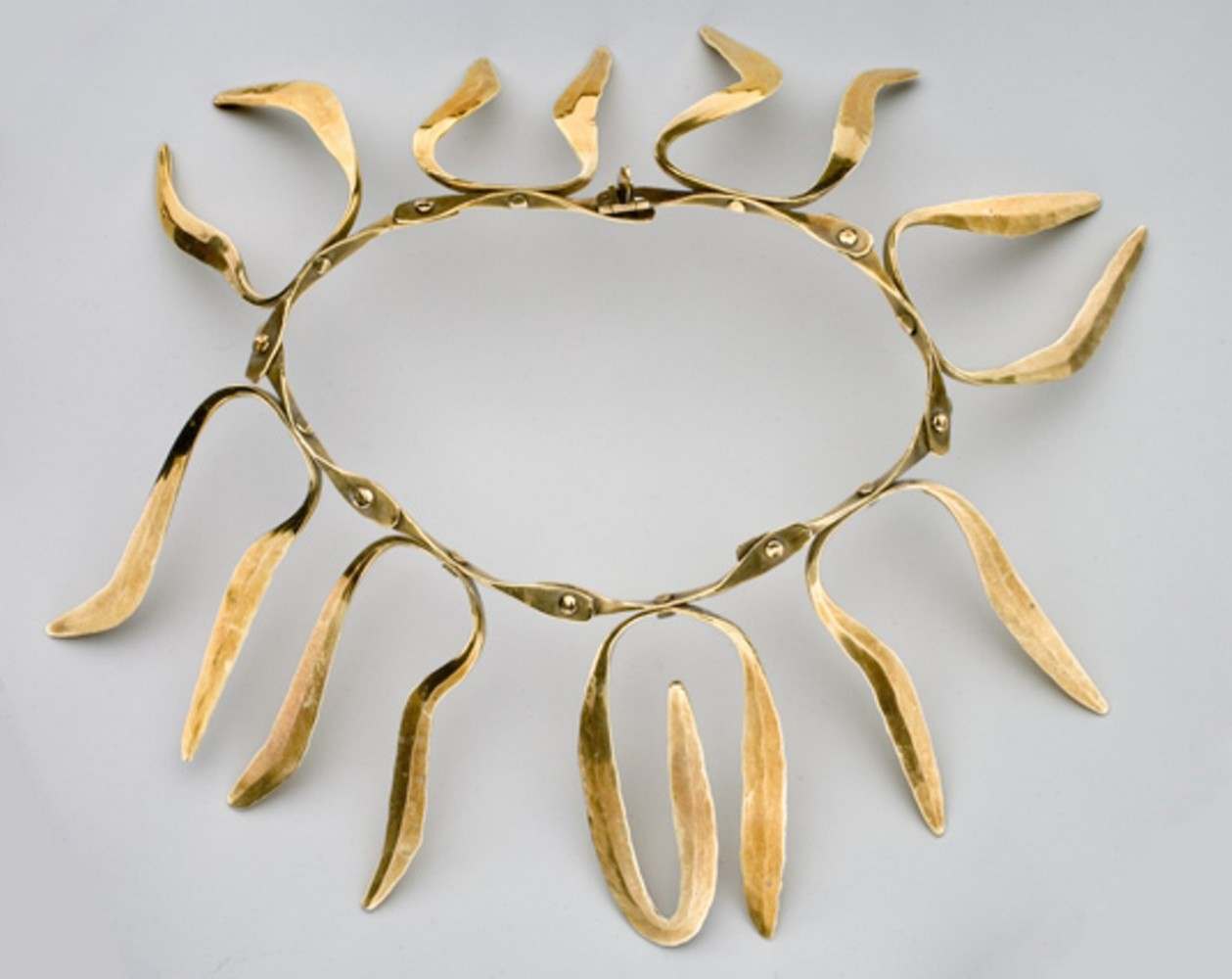 Former Cranbrook Academy of Art student and metalsmithing instructor Harry Bertoia (1915–1978) has received international acclaim for his metal furniture and sculpture, but his exploration of the medium originated in jewelry design. Out of the hundreds of jewelry works attributed to Bertoia, the majority was produced during his years at Cranbrook, offering an early glimpse of a creative vision that would crystallize as his career matured. The Jewelry of Harry Bertoia examines the artist’s experimentations with form, dimension, and fabrication on a concentrated and bankable scale—establishing Bertoia as a pioneer of the American Studio Jewelry movement and a master of elevating fashionable adornment to objet l’art. 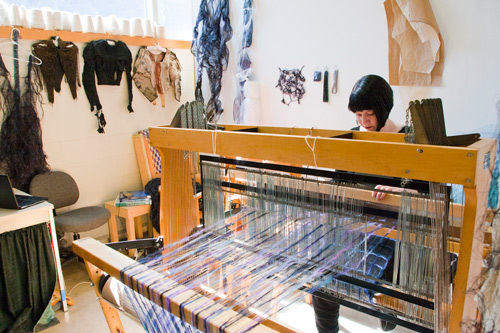 The most innovative art and design being produced in the area takes over the entire 15,000 square feet of Cranbrook Art Museum for our annual Graduate Degree Exhibition of Cranbrook Academy of Art. See the culmination of two years of studio work from approximately 70 of today’s most promising artists, architects, and designers. 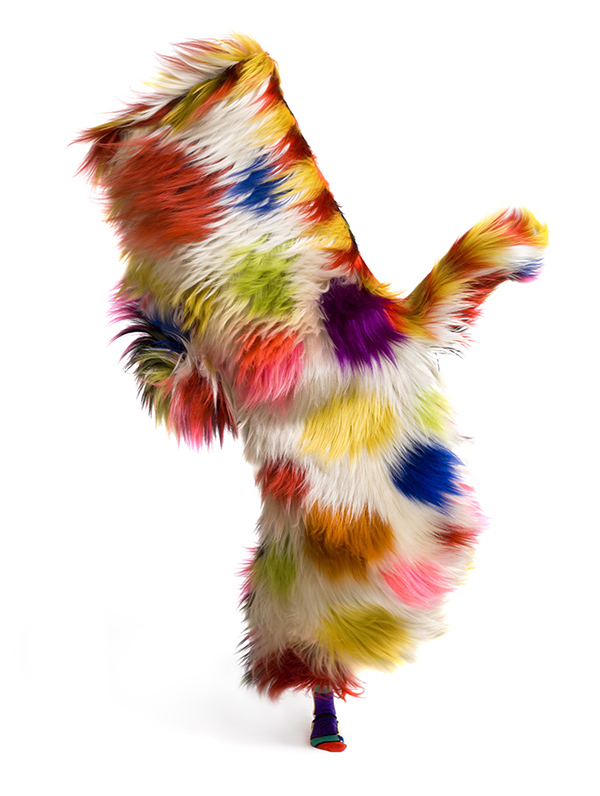 Artist Nick Cave is famed for his embellished costumes titled Soundsuits staged in public spectacle. The artist conceives some as fragile sculptural totems, and others as wearable costumes designed for sound, mobility, and dance.

The vision for the exhibition at Cranbrook Art Museum includes a collection of Soundsuits, new sculptures and newly commissioned artworks arranged in dynamic vignettes throughout the galleries, one of which will feature a site-specific wall-based tapestry inspired by Cave’s childhood watching the night sky.  In an additional gallery, a Map in Action room will display the wearable Soundsuits that will come and go for performances during the exhibition period to locations throughout the city. Videos of the performances will be added to the room throughout the duration of the show, thereby becoming a living document of the entire project.

Cranbrook Art Museum received a Knight Arts Challenge Detroit grant, an initiative of the John S. and James L. Knight Foundation, for the project: Nick Cave’s Biggest, Baddest Performance of All Time! The performance series for Nick Cave: Here Hear includes impromptu flash-mob Soundsuit Invasions throughout the city; Dance Labs at the Museum of Contemporary Art Detroit (MOCAD); a new performance work by the artist; Heard Detroit with Detroit student dancers; costuming workshops with children; and the grand finale of it all, Figure This: Detroit, a legend-making performance downtown for an audience of thousands.

Posted In: Press Releases, Theater of the Mind