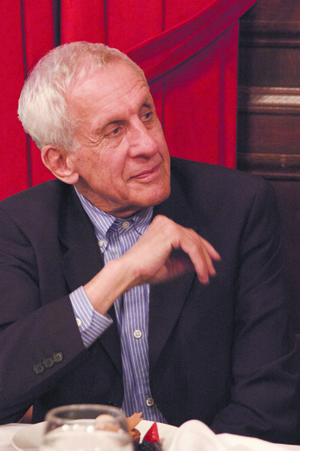 Frampton trained as an architect at the Architectural Association School of Architecture, London. After practicing for a number of years in the United Kingdom and in Israel, he served as the editor of the British magazine Architectural Design. He is currently the Ware Professor of Architecture at the GSAPP, Columbia University, New York.

Frampton will deliver his lecture “A Genealogy of Modern Architecture” on Thursday, March 12, at 6pm in deSalle Auditorium at Cranbrook Art Museum. His lecture will discuss a new book that looks at a series of buildings analyzed in pairs for the differentiated values which are incorporated in their forms.

All lectures are free to ArtMembers and students with identification. For the general public, they are included with Museum admission. The Museum galleries will be open prior to each lecture. Parking is available in the Cranbrook Art Museum parking lot and in the parking deck next to the Institute of Science.