Sound of the City: A Detroit Renaissance, Courtesy of Nick Cave | ARTnews 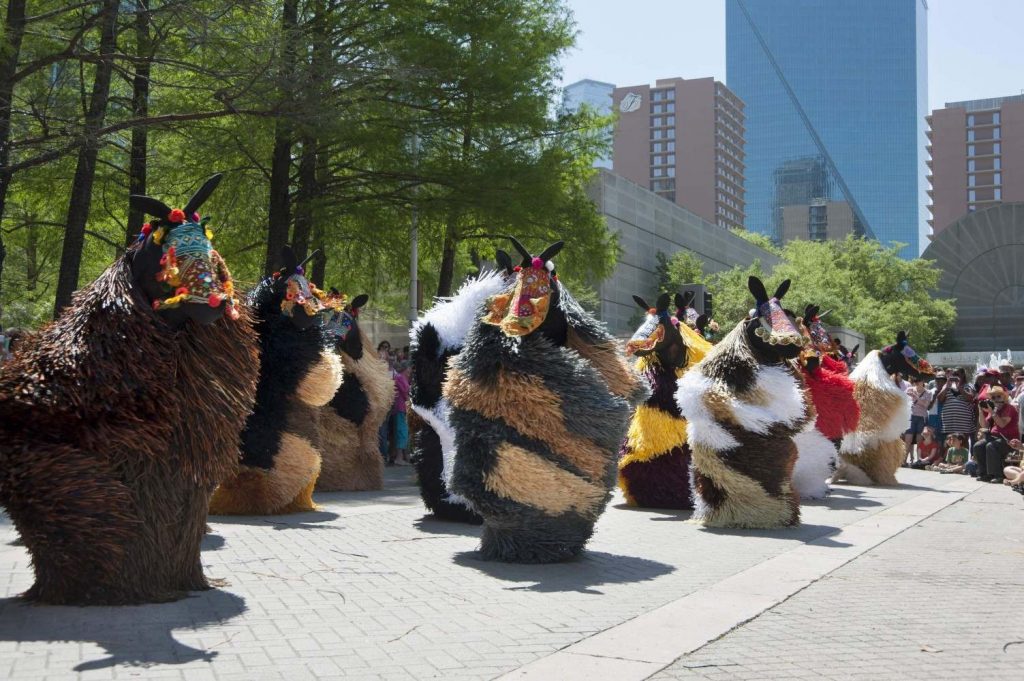 The artist Nick Cave, whose Soundsuit sculptures have become something of a fixture in contemporary art, will spearhead an expansive exhibition in Detroit beginning this summer that will consist predominantly of public performances and events throughout the metropolitan area. The show, called “Here Hear,” will be more or less headquartered at the Cranbrook Art Museum in the Detroit suburb of Bloomfield Hills–Cave graduated from the Cranbrook Academy of Art in 1989.

The project begins unofficially next month, when Cave, who is now based in Chicago, will travel to Detroit, don one of his Soundsuits and pose at various locations throughout the city, including the Michigan Assembly Plant and in spots around the Mexican Town and Eastern Market neighborhoods. (These photographs will become a book of postcards called Greetings from Detroit and serve as promotion for the show.) June 20 will mark the beginning of a number of performances. Cave will work with students from the Detroit School of Arts to re-stage his performance Heard—which was last seen at New York’s Grand Central Station in 2013 (it’s a herd of costumed dancers that resembles something out of Maurice Sendak dancing to live accompaniment). He will also work with local dance troupes and musicians on collaborative pieces throughout the city.

“For me as a graduate student at Cranbrook, Detroit saved my life,” Cave said in an interview last week. “It provided me with a balance that I needed of being on an isolated campus, and also being able to connect to an urban environment. To be with my people, let’s just put it that way.”

Cave was inspired by the Rodney King beating to make his first Soundsuit in 1992. The work explored how black bodies moved through the world, but was also designed as a form of protective gear, effectively shutting out the world. The suits, which combine elements of sculpture, costume making, and performance, have appeared in numerous galleries and museums, and have outfitted dancers in many of Cave’s public performances.

Laura Mott, curator of contemporary art and design at the Cranbrook Museum who has organized the new project, described the show as “kind of like a homecoming.” She had pitched Cave on the idea of doing an exhibition, to which the artist agreed almost immediately. He arrived in Detroit six days later, and he and Mott “just started scouring the city,” Mott said.

Last year, Detroit was still in the midst of bankruptcy proceedings and was engaged in a very gloomy public debate about the fate of the city-owned collection of its major museum, the Detroit Institute of Arts. As the city now moves past what may have been the lowest point in its recent history, Cave said Detroit was the ideal site for his largest exhibition to date.

“I’ve always been working with discarded things,” he said, “and thinking about how we reclaim certain objects and materials. Detroit is in this amazing sort of moment in time where it’s redefining itself, and dreaming ambitiously about what its future looks like.”

Cave added that he thinks of himself less as the subject of “Here Hear” and more as an “action agent,” delegating tasks to the city rather than being at the center of them. He said he wants to “come to Detroit and to give back what it had given me.”