More coolness is coming our way.

It involves sculptor Nick Cave, a performance artist not to be mistaken for the Australian musician-songwriter of that name.

At ARTnews, a venerable Manhattan magazine, M.H. Miller reports on plans for his largest project:

Cave, whose Soundsuit sculptures have become something of a fixture in contemporary art, will spearhead an expansive exhibition in Detroit beginning this summer that will consist predominantly of public performances and events throughout the metropolitan area. The show, called “Here Hear,” will be more or less headquartered at the Cranbrook Art Museum in the Detroit suburb of Bloomfield Hills. Cave graduated from the Cranbrook Academy of Art in 1989.

The project begins unofficially next month, when Cave, who is now based in Chicago, will travel to Detroit, don one of his Soundsuits and pose at various locations throughout the city — including the Michigan Assembly Plant and in spots around the Mexican Town and Eastern Market neighborhoods.

Cave will work with students from the Detroit School of Arts to re-stage his performance “Heard” — which was last seen at New York’s Grand Central Station in 2013. (It’s a herd of costumed dancers that resembles something out of Maurice Sendak dancing to live accompaniment).

He will also work with local dance troupes and musicians on collaborative pieces throughout the city.

“For me as a graduate student at Cranbrook, Detroit saved my life,” Cave said in an interview last week. “It provided me with a balance that I needed . . . being on an isolated campus, and also being able to connect to an urban environment. To be with my people.”

Sites participating in the 55-year-old’s summer series include the African Bead Museum, on Grand River Avenue near West Grand Boulevard, and the Museum of Contemporary Art Detroit in Midtown.

“MOCAD will host the Dance Labs portion of this massive project at the end of July and beginning of August,” executive director Elysia Borowy-Reeeder posts Tuesday afternoon on Facebook . “Stay tuned for more information and announcements of dates, times and dancers.”

The visiting artist will work with teens on a September show with 30 life-size horse sculptures operated by 60 public high school dancers.

In his ARTNews interview, Cave tells why “Hear, Hear” is coming to this city:

“Detroit is in this amazing sort of moment in time where it’s redefining itself, and dreaming ambitiously about what its future looks like.” . . .

He said he wants to “come to Detroit and to give back what it had given me.” 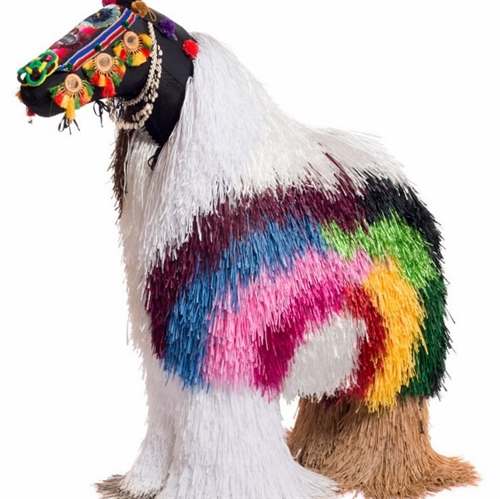