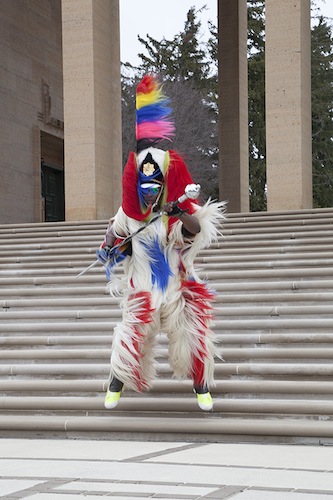 Experience Nick Cave In Detroit This Summer: Best know for his soundsuits, which are sculptural costumes that conceal race, gender and class, Nick Cave received his MFA from the Cranbrook Academy of Art. The Cranbrook Art Museum will serve as the home base for his exhibition, “Here Hear,” which will take place in Detroit in the summer of 2015. The happenings around the exhibition will include a number of performance collaborations with local dance troupes and musicians. Cave will also work with Detroit School of Arts to re-stage his performance Heard, which was first staged in Grand Central Station in New York in 2013. Consisting of a “herd” of 30 colorful — and shaggy — life-sized horses, the horses traversed through the station twice a day, accompanied by live music. Cave’s take-over of Detroit will last for a total of seven months starting this April.