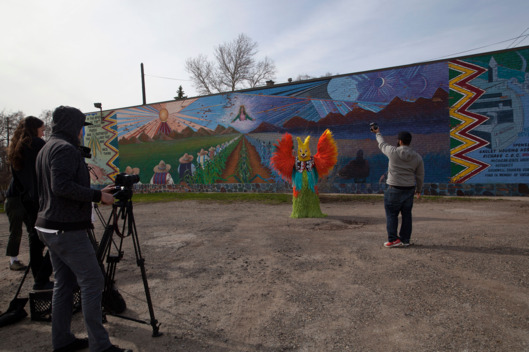 “As an art student,” says artist Nick Cave, “Detroit played a major role in my creative development.” He attended the Cranbrook Academy of Art on the outskirts of that city — graduating in 1989. While there, he took full advantage of the city’s incredible cultural heritage — from Berry Gordy’s Motown sound as well to burgeoning underground house music scene left a lasting impression. Now Cave, who is best known for his elaborately decorated, vibrantly colored “Soundsuits” and public happenings that incorporate rhythmic music and dancing, is returning to Detroit to stage”Here Hear,” a seven-month-long series of performances, exhibitions, and “invasions.”

For Cave, “Here Hear” aims to “jump-start” a creative renaissance happening throughout the city. What is happening in Detroit is complicated, intertwined with the fear that new people will bring gentrification, alienating and pricing out longtime residents. By bringing art to underserved communities through a mixture of spontaneous performances — what Cave calls “invasions” — and organized workshops, he hopes to “interject the everyday experience of Detroit with transcendent moments.” It has already begun.

No stranger to such public displays of revelry, in 2013, he staged “Heard NY” in collaboration with Creative Time, a twice-daily performance in Grand Central’s Vanderbilt Hall in which 30 dancers, outfitted in Cave’s horselike costumes of colorfully dyed raffia, accompanied by members from the Alvin Ailey performance troupe, danced for 20 minutes amid the surging bustle of everyday commuters. In the case of the horses, as with most of his Soundsuits, Cave draws inspiration from all manner of ceremonial attire and dress, ranging from Haitian voodoo cloth to the elaborate costumes of the Mardi Gras Indians, traveling extensively to observe, as he notes, “all the marvelous ways in which we adorn the body.”

Many of the decorative applications that adorn his costumes — toys, buttons, porcelain figurines, and, in once case, an abacus — are objects he sources readily at local thrift shops, yard sales, and junk yards. That spirit of creative reuse, Cave is quick to point out, is something he hopes to share through “Here Hear.” “I want the city’s communities to see,” he explains, “that the quality of repurposing that occurs in my works can speak to the period of inspiring renewal that Detroit is currently undergoing.” 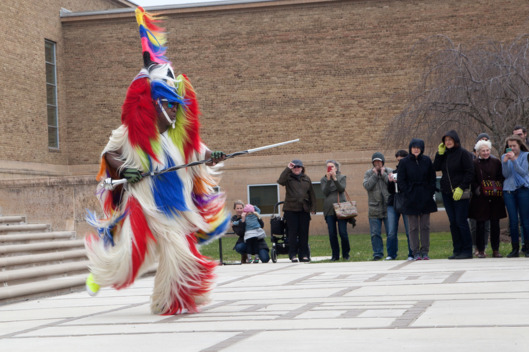 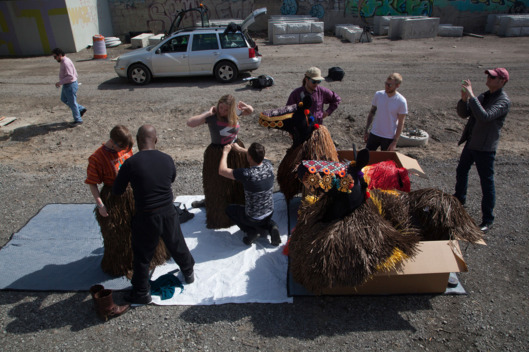 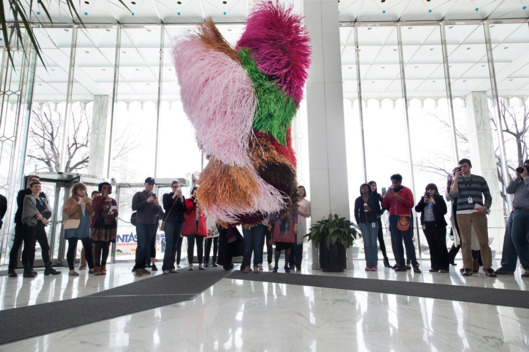