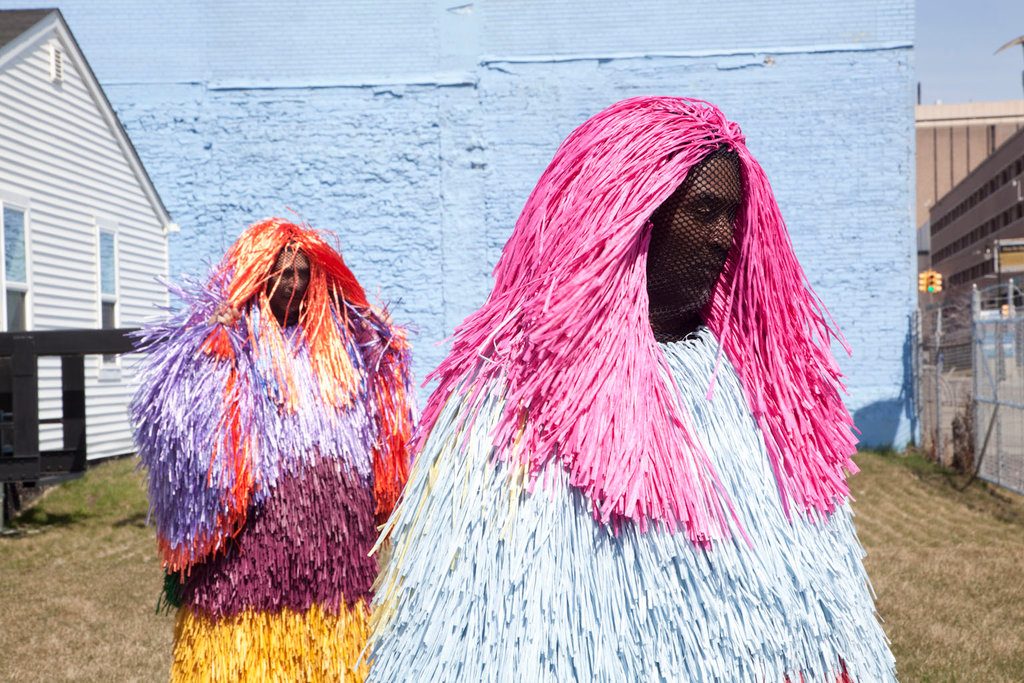 The artist brings his largest show to date to his alma mater.

“Detroit was such a pivotal part of my time at school,” says the artist Nick Cave, who attended Cranbrook in nearby Bloomfield Hills. When his alma mater approached him to do an exhibition there, he told them, “I would only do the show if I could do some work in Detroit. They were really on board.” The show is a monumental homecoming for the sculptor who now lives in Chicago. Partnering with a local high school, dance academies and grass roots non-profits, Cave dreamt up an entire summer of programming, which will activate seemingly every corner of the city with vibrant performances. “We’re bringing the work to Detroit, but hiring the city to build the project,” explains Cave. “Detroit is re-identifying itself. It’s a new beginning. These supporters are imagining the future of their city. They have the power. I’m just providing a new conduit for exploration.” Meanwhile, the exhibition at Cranbrook Art Museum will feature a mix of Cave’s newest work including a never before seen collection of Soundsuits—sculptural full-body costumes constructed of found materials, which Cave uses for his guerilla-like showcases. For this show, they will be deployed around the city as part of Dance Labs, a series of interactive performance pieces manned by local dancers and musicians. In the fall, the festivities will continue with a parade of Cave’s shaggy life-size horses, which in 2013 took over Grand Central Station, and a boisterous finale in Detroit’s iconic Masonic Temple. “I wanted to create a body of work that was really reflective of my mind set,” says Cave reflecting on the forthcoming show. “The Soundsuits are taking on a life on their own—and I wanted to show that evolution. Not to mention I kept thinking my professors were going to be there! I wanted to put my best foot forward.”