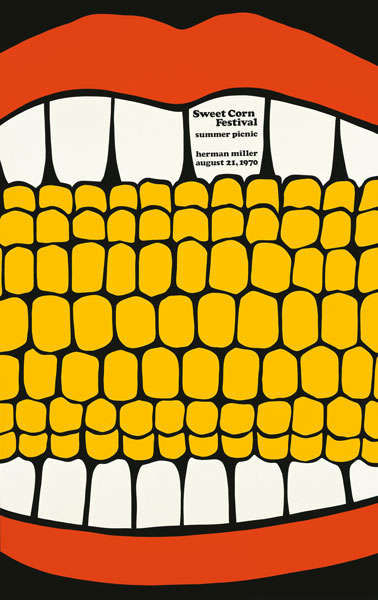 BLOOMFIELD HILLS, Mich., June 19 , 2015 – Cranbrook Art Museum is pleased to announce that the exhibition Designing Summer: Objects of Escape will open on June 20, 2015. The exhibition examines how summertime is embodied through objects of the past and present in Michigan. It will run through August 30, 2015.

An exclusive ArtMembers’ reception will celebrate the opening tonight, June 19, from 6-8pm, the same evening as Nick Cave: Here Hear debuts. Memberships will be available for purchase at the door that evening.

Designing Summer: Objects of Escape follows the history of people enjoying the summer months in Michigan for the past 70 years. Exclusively featuring works by Michigan designers and makers, the exhibition begins in the mid-century, at a time when a thriving automobile industry and growing middle class led to a surge in summertime road trips “Up North.”

At that time, Michigan auto workers had access to cars and a two-week mandatory vacation in July. Summer “shutdown” encouraged auto tourism and the creation of new designs to enjoy the outdoors. For example, the pop-tent, a design widely credited with changing the world of camping and invented by Cranbrook Academy of Art graduate Bill Moss, will be featured in the exhibition.

The 1950s was also a decade when Michigan, along with the rest of the country, began to suburbanize. Middle-class Americans were encouraged to move out of the cities and buy homes of their own. Suburbanites took to their backyards for barbeques and recreation, and products such as the Sol-Air line of canvas outdoor furniture designed by Pipsan Saarinen Swanson and J. Robert F. Swanson became increasingly popular.

“I am an East Coast import, and on a road trip up north I was captivated by the beauty of the woods and the coast, and began to wonder how designers have been inspired and informed by Michigan’s vibrant cities and natural landscapes during the summer months,” said exhibition curator Shelley Selim, Cranbrook Art Museum’s 2015-2016 Jeanne and Ralph Graham Assistant Curator. “Designing Summer looks at how Michigan designers have approached vacationing and outdoor escapism since the mid-twentieth century, and how designing for summer has evolved and adapted to changing economies and cultural trends.”

According to Selim, contemporary designers are now seeking clever ways to reconnect with the outdoors as cities grow and leisure time dwindles. This is often as simple as riding a bike, and a boom in bicycle manufacturing and custom building–particularly in Detroit–has emerged in response to this increasing demand. This is exemplified by models from Motor City-based companies Detroit Bikes, 313 Bicycle Works, Detroit Bicycle Company, and Shinola, as well as Grand Rapids-based product designer Joey Ruiter, all on display in the exhibition.

The exhibition features works by:

Designing Summer: Objects of Escape was organized by Cranbrook Art Museum and curated by Shelley Selim, the Art Museum’s 2015-2016 Jeanne and Ralph Graham Assistant Curator. The exhibition is sponsored, in part, by the Clannad Foundation.