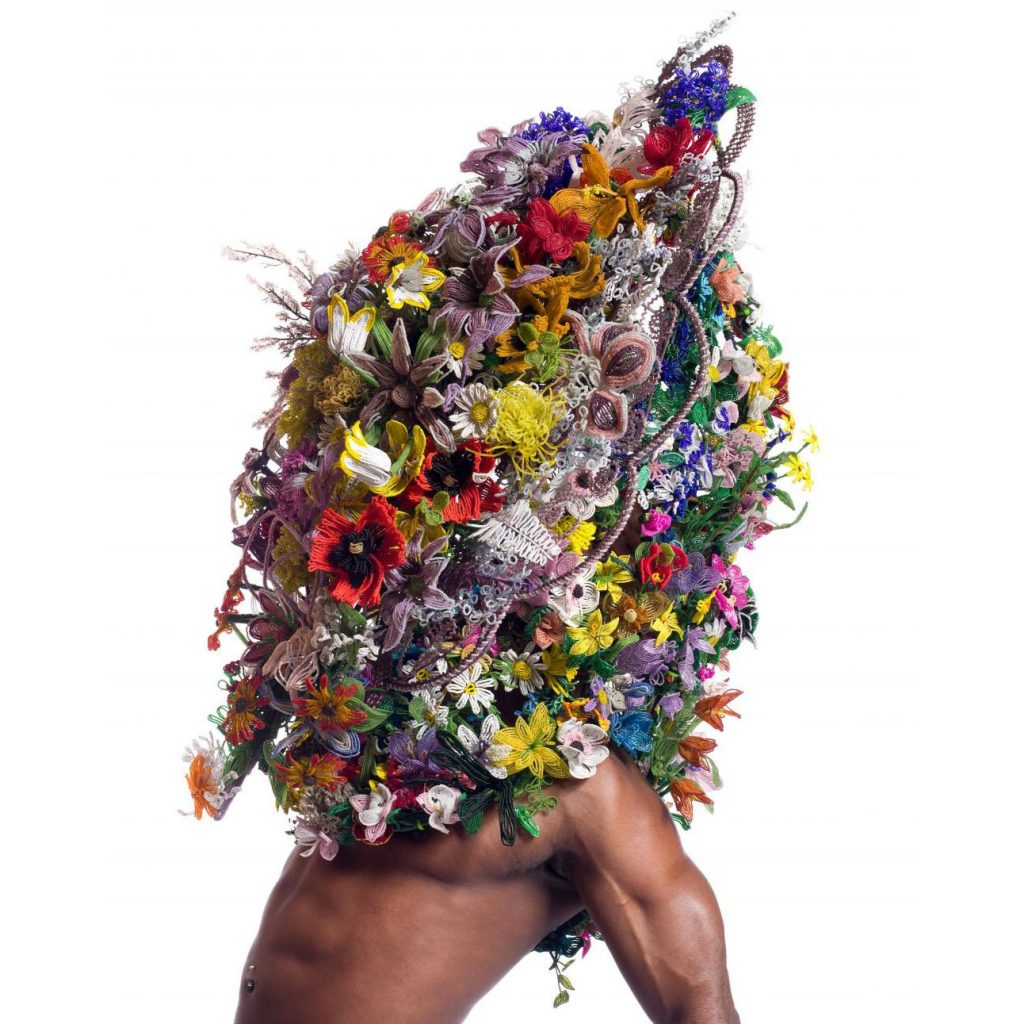 Nick Cave is a prolific artist and dancer, famous for his sculptures called soundsuits, which he often stages in public spectacle. The artist conceives some as fragile sculptural totems, and others as wearable performance suits designed for sound, mobility, and dance. Though influenced by a vibrant palette of African art, armor, found objects, fashion, and textile design, the origin of the soundsuit is rooted in social critique. Cave first created a suit in the aftermath of the Rodney King beating in 1991, envisioning an emotional shield that protected one’s race or gender while still expressing individuality. As Cave’s artwork began to resonate with vast audiences, the artist saw the soundsuits as powerful agents to capture the public imagination on a monumental scale. Cave’s artistic practice now advocates the vital importance of collective dreaming, which he actualizes through large-scale performances.

Here Hear includes a collection of approximately thirty sculptural soundsuits in the main gallery arranged in a dynamic vignette. It also includes a room of seven newly commissioned artworks surrounded by a new site-specific wall-based tapestry inspired by Cave’s childhood watching the night sky. An additional gallery will feature a selection of his recent sculpture work. Finally, the “Map in Action” room will serve as a hub for the Detroit Performance Series and display the wearable soundsuits that will come and go to performances throughout the city of Detroit. Video footage of the performances will be added to the room throughout the duration of the show, thereby becoming a living document of the entire project.