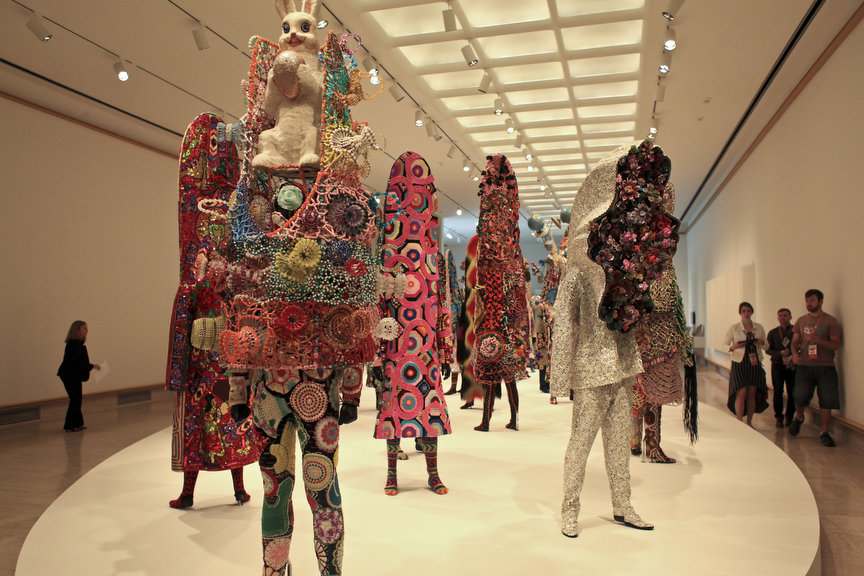 “Here Hear,” a 7,000-square-foot solo exhibit, will be featured at Cranbrook until October 11. The multi-room exhibit features a big collection of Cave’s famous “Soundsuits.”

The sewn, beaded and extravagantly decorated suits are the focus, pieces Cave said hide the artist and transmit a pure, potent message.

His first Soundsuit was inspired by the Rodney King beating in the early 90s. For Cave, the suits scream out a blatant message while simultaneously covering the sender’s race, gender or class.

The Soundsuits are worn. Cave incorporates dance into many of his exhibits and shows, and when the Soundsuits move, the designs pop.

And while the exhibit is based in the suburbs, a series of dance labs and community events will take place in Detroit throughout the summer and into the fall.

On Sunday, Cave will screen some of his video work at the Redford Theatre before hosting a community event in Detroit’s Brightmoor neighborhood on the northwest side. Four dance labs will incorporate Cave’s artwork or materials into a community-driven display.

Cave said the four events will essentially consist of Cave and his team handing a community a “box” of materials — which could be anything from Soundsuits to sculptures — and letting them go to work.

For Cave, the part of the exhibit that sprawls into Detroit will be more about giving the city something to work with and create from.

All the Detroit events are free and open to the public.

The Cranbrook exhibit features Soundsuits as well as sculpture and tapestry work. Video work will be on display as well.

Cave was excited to get working with Detroit, he said.

“What I’m seeing today is there is this sort of renewal in the city,” he said. Cave attended the Cranbrook Academy of Art in the late 80s.

He said he’s again seeing the creative types take a stake in the city’s revitalization.

The big-name exhibit also gives Cranbrook a chance to bridge the gap between the suburbs and downtown Detroit, according to Cranbrook Director Greg Wittkopp.

It’s also nice to have a world-renowned artist featured at the museum.

“I’m adamant that Nick is a home run,” Wittkopp said.

The “unabashedly vibrant exhibit” will be spread mostly throughout Detroit, Wittkopp said. Cave is really doing a lot with the four-month stay in Metro Detroit.

Cave’s time in Detroit will culminate with an event at the Detroit Masonic Temple on Oct. 4. 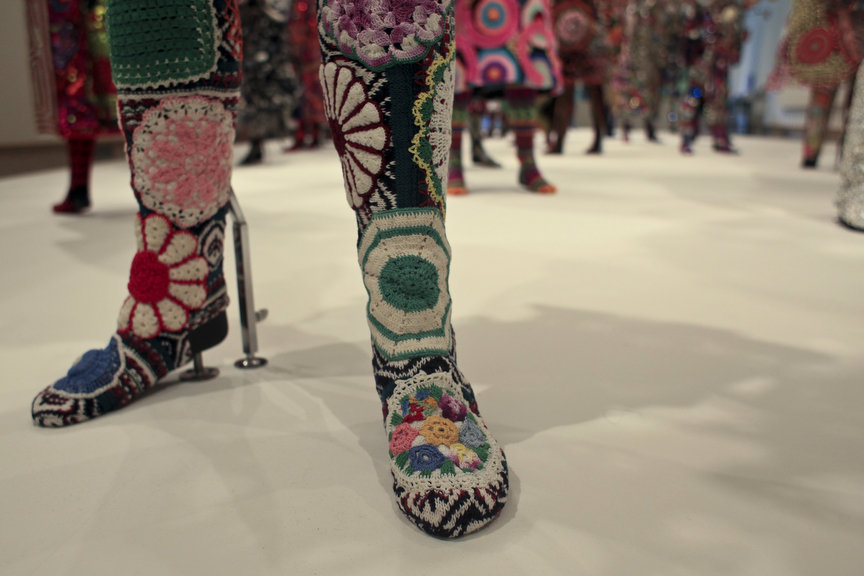 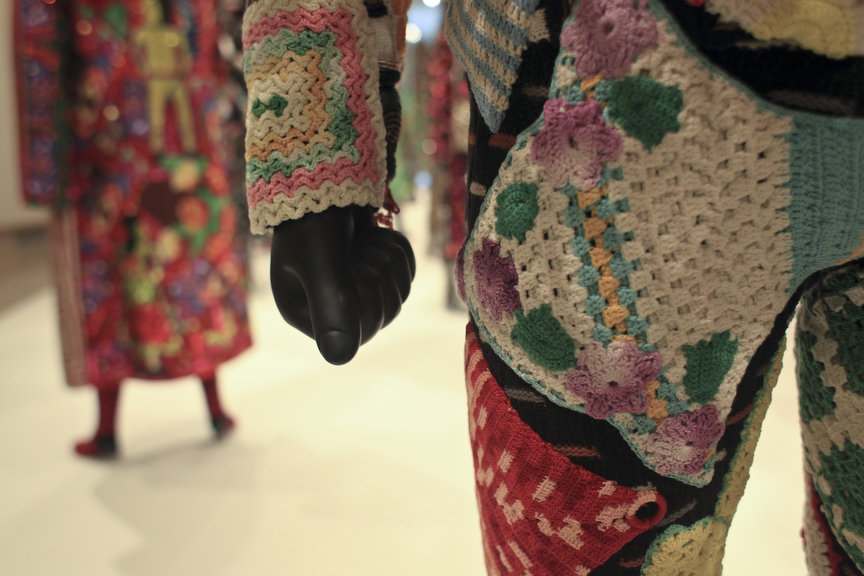 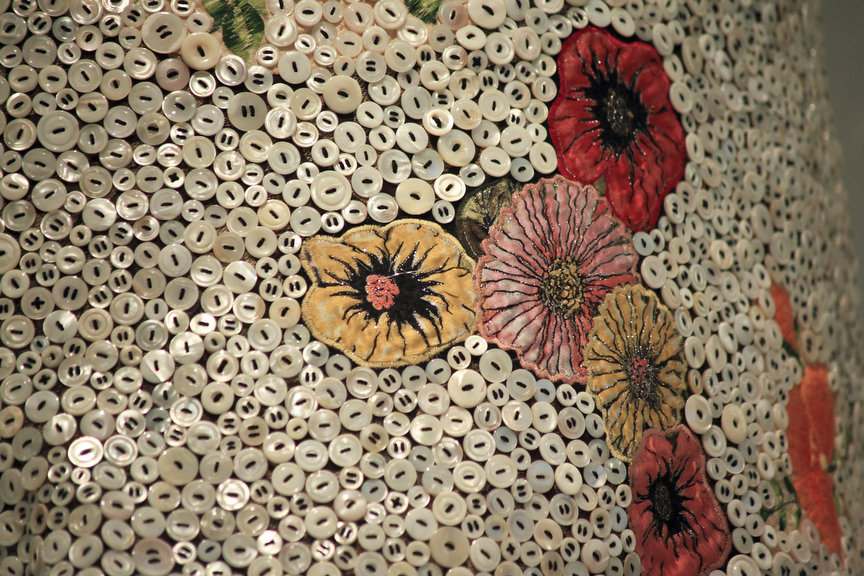 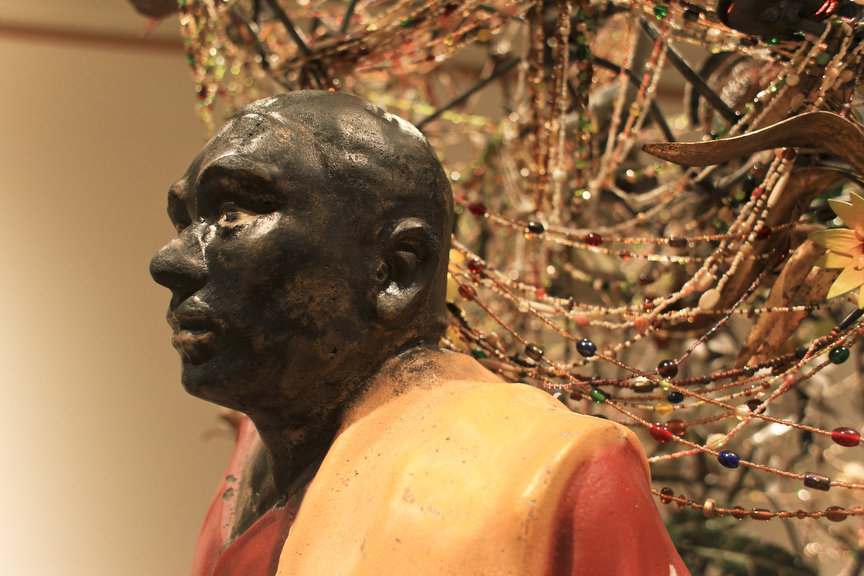 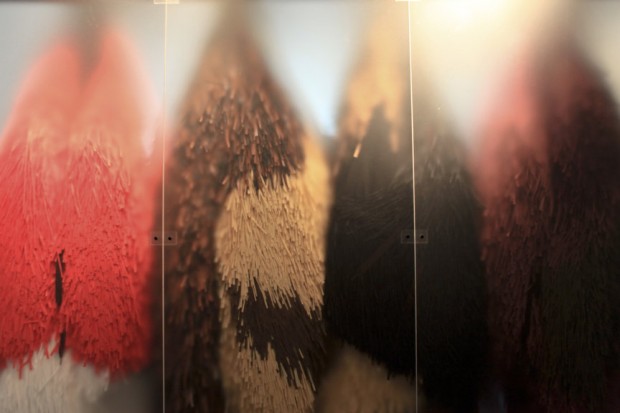