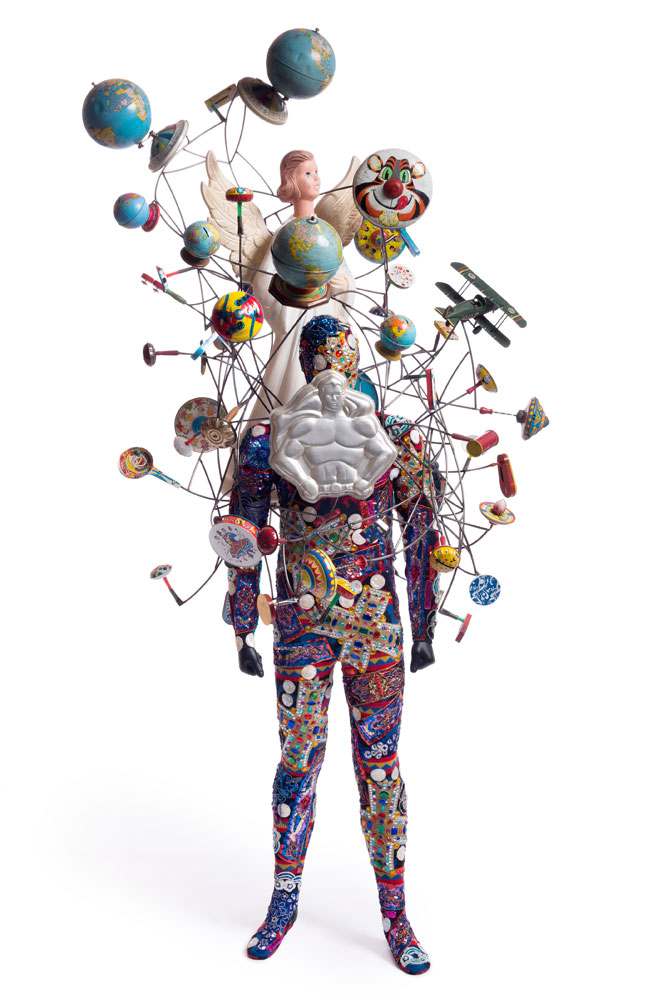 Like much of America, Chicago-based artist Nick Cave watched the 1991 video of the LAPD beating Rodney King. King’s mortality and fragility scared Cave so much that he immediately went to the studio and began creating a form of protection. The wearable suit of armor made of twigs marked the beginning of Cave’s now-renowned series of soundsuits. Prior to the L.A. riots the artist made large-scale paintings, but since then he has become a public performer who grapples with blackness, sexuality, and the idea of one’s body. This weekend, Cave embarked on a series of new performances and saw the opening of his 7,000-square foot retrospective, “Here Hear,” at the museum of his alma mater, Cranbrook Academy of Art, just outside of Detroit.

“The soundsuits have taken on a life of their own,” Cave says of the project’s 25-year duration. The bright whimsical sculptural works have grown alongside the artist’s practice and are as much about creative expression as they are Ferguson, or Charleston, South Carolina; they have evolved from a form of protection to represent a type of dreamy confidence that pushes the boundaries of visibility.

With “Here Hear,” Cave, who also trained as a dancer with the legendary New York-based Alvin Ailey American Dance Theater, begins by showing old soundsuits and various works inside the museum. He will extend his presence into the city this summer and fall, creating videos with LGBTQ youth (which will be displayed in Detroit’s Brightmoor neighborhood) and working with 60 high school dancers to put on a public procession.

The project with dancers mimicks Cave’s 2013 performance, HEARD•NY, in which he and 30 colorful life-size horses danced throughout Grand Central Station’s Vanderbilt Hall in celebration of the terminal’s centennial and to engage New Yorkers as a community. As Cave was busily installing “Here Hear,” we spoke with him about the works and what it means to be in Detroit after all these years later.

ANTWAUN SARGENT: First of all, why Detroit?

NICK CAVE: Detroit played a critical part in my education. Cranbrook provided me the intellect, and Detroit the soul; the city created balance for me. When I was invited to do the solo show at the museum, I said I would only do it if I could do some outreach with the kids in Detroit. It’s me giving back to a city.

SARGENT: In 1991, there were a lot of reactions to the Rodney King beating. How did you arrive at the soundsuit as a possible response?

CAVE: When I made the first suit it was a lot of twigs. What I discovered was that I’m an artist of the conscious, and through that experience I realized I was an artist with civic responsibility. Prior to this I was doing large constructive paintings, but when the Rodney King L.A. riots happened, it flipped my world upside down. It made me have to address myself as a black male.

SARGENT: If you think about 1991 and all the years in between, how have your soundsuits changed in relation to this current moment of “Black Lives Matter?”

CAVE: In the show, I just finished TM13—Trayvon Martin’s initials—which is a new sculptural piece premiering at Cranbrook. Again, it’s me wanting to take responsibility and bring these issues to the work without being dismissive.

SARGENT: The soundsuits are based on the size of your body and operate as a “second skin.” Is that a comment on you being black, male, and gay?

CAVE: I think it’s a comment on me looking at the soundsuits as a form of protection. It’s me through a sort of armor, shielding myself from the conflict or a way of being stronger so I can take the abrasiveness. What I was responding to was gender, race, and class, and this idea of looking at the world without judgment.

SARGENT: The material history of the soundsuits has evolved. You started with twigs and have moved into beads and flowers.

CAVE: As I’m looking at materials, I always have to redefine how they are to be approached and how they are to be applied to my work. There’s a hierarchy there, I’m constantly being confronted with all of the aggressiveness of racism on a regular basis and have to question my identity and I sort of handle material the same way. It may be a spinning top but if I turned it upside down and put it on the top if my head, what does that then become? So everything is always in question. I’m always renegotiating the properties of the materials. The Trayvon Material piece is all made out of pony beads, and then there’s this amazing beaded web [surrounding the figure] that’s like a net. From afar it looks like this sculptural form but when you get up close it’s someone in a hood that’s been caught. So there’s this level of oppression, of surrendering and being caught or hunted, and it’s where I am right now with the work. There isn’t another conversation to be had right now.

SARGENT: The activation of the soundsuits, when you get into them and dance, is that as carefully considered as the materiality?

CAVE: Part of the narrative is very political. Once you enter the soundsuit space you have to get quiet, because there’s a transformation that happens before you can determine the possibilities, in terms of motion, when I’m building the performance.

SARGENT: There’s also this whimsical quality to them. You are drawing attention to our current social reality, but also inviting us to dream.

CAVE: Exactly! That’s what keeps me in the game. At the end of the day, what’s going on politically is the fuel for my fire. And shit—I want to be fucking fabulous and that becomes part of my belief because, honey, what does fabulous look like? So, I’m looking at that, and I’m looking at the [vogue] balls, the house of Thierry Mugler’s parading and performing—that gives into this whole act and presentation. It’s all there in the work.

SARGENT: Have you incorporated any of the ways vogue dancers move into your soundsuits?

CAVE: I think it’s all there. The confidence and realness of their performance is also what you confront when you come face to face with a soundsuit, which stands there with an authority and presence that says, “Look at me.”

SARGENT: There’s a social practice aspect to your Detroit take over. What do you want people to take from “Here Hear”?

CAVE: What I want people to recognize is that we have to keep working together and take charge because we all have the same story. We have to keep creating fabulousness in the mist all of this—and take charge to redefine Detroit because art has always been the catalysis for a city. 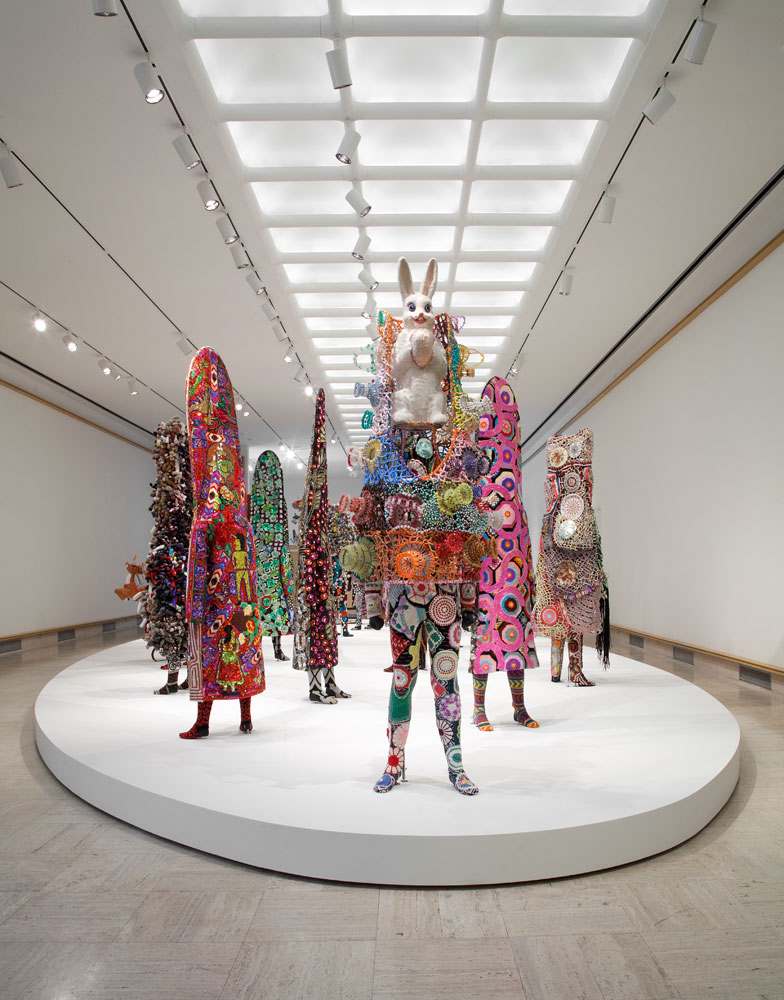 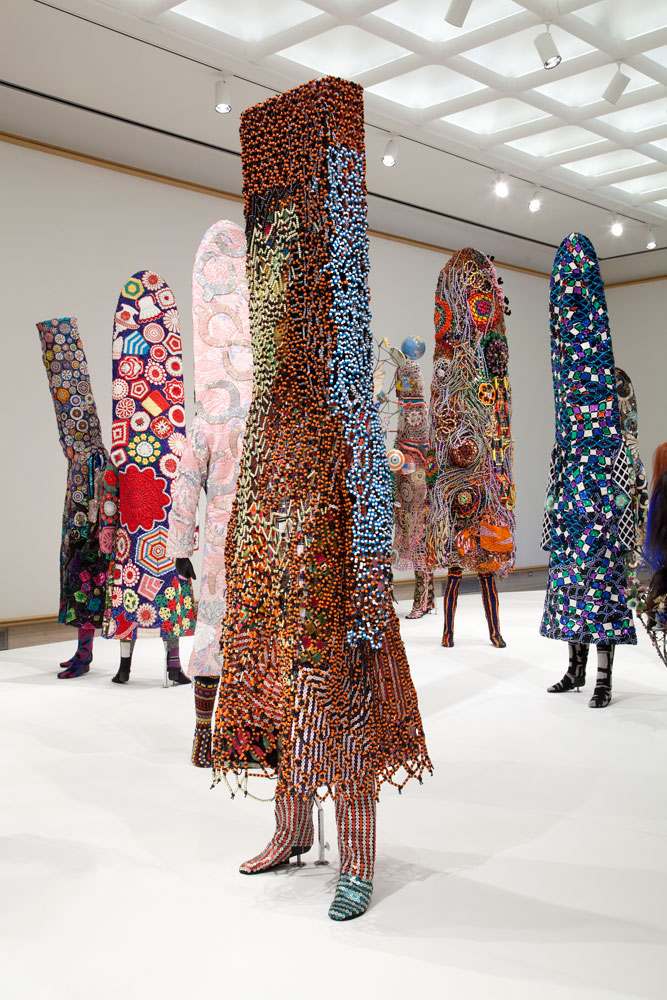 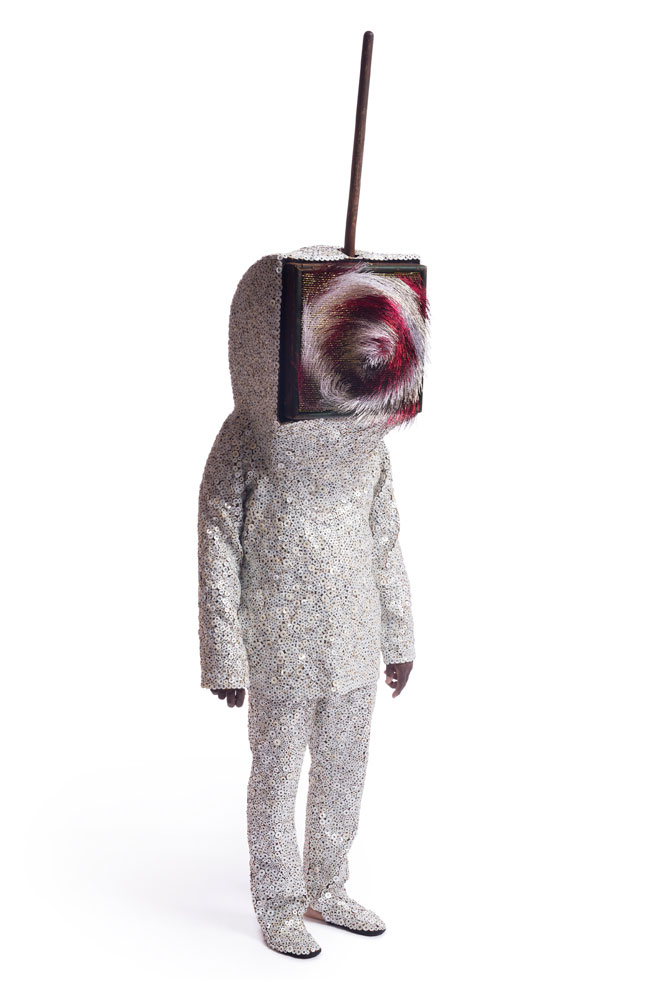 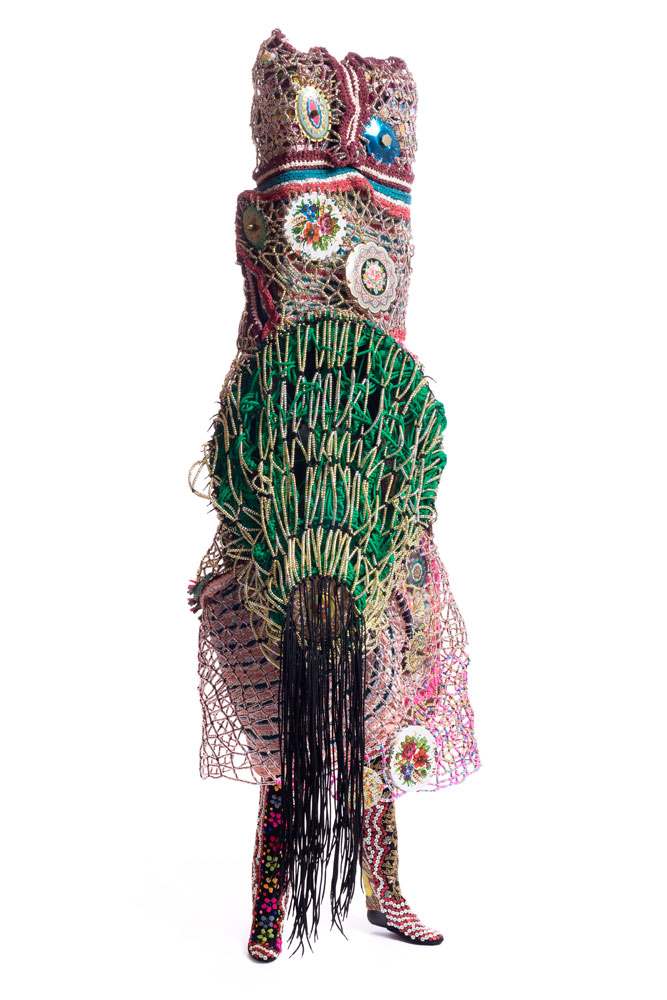 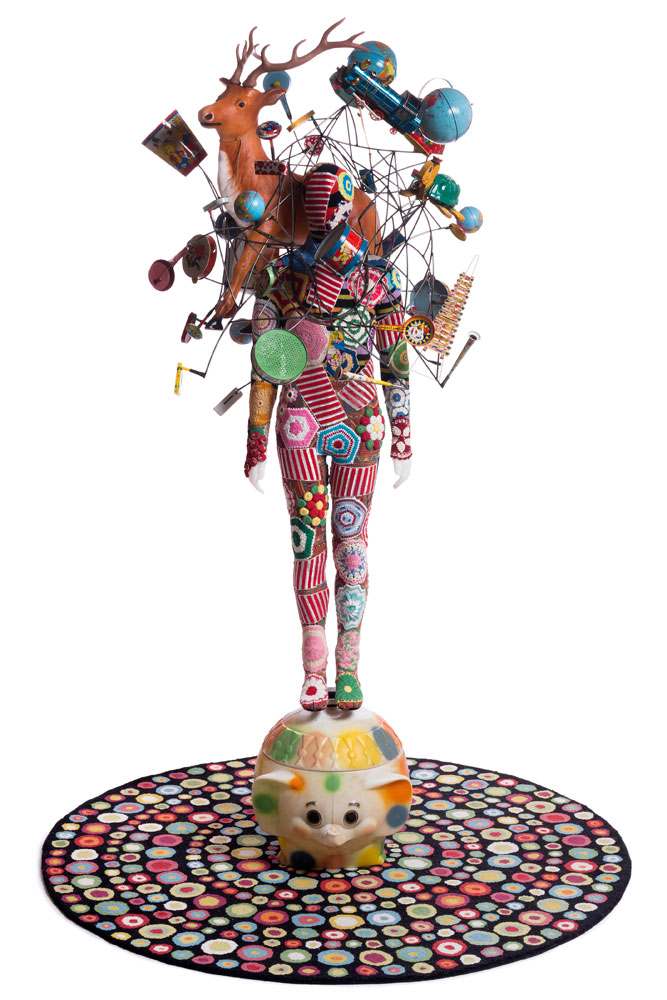