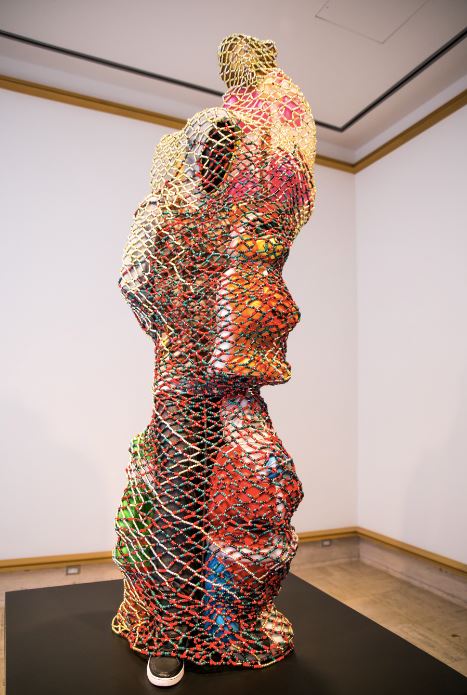 Nick Cave has taken the Detroit area by storm with “Here Hear,” a much-anticipated exhibition of his ornate Soundsuits and other newly-commissioned artworks at the Cranbrook Art Museum in the suburb of Bloomfield Hills, Michigan.

The exhibition includes a variety of summer happenings like dance labs, performances, educational programs, and a forthcoming book called Greetings From Detroit.

While Cave’s enigmatic, otherworldly Soundsuits are as vibrant as ever, there’s one that holds an especially timely message: TM 13 was created in 2015 in memory of Trayvon Martin, the unarmed Florida teenager who was fatally shot by former neighborhood watch leader George Zimmerman in 2012.

The case again made national news when Zimmerman was acquitted a year later, and has remained a topic of discussion as police brutality, racial profiling, and systemic violence toward black men continues to crop up in headlines across the country.

Enclosed in the woven net, the figure resembles a hunted animal that has been captured. The toe of a single sneaker pops out from beneath the covering. The title of the work refers to Martin’s initials and to the year Zimmerman was acquitted.

“Being caught in someone else’s perception of one’s own skin, own home, own self, makes navigating your own path infinitely more dangerous,” Cave said of the work in an email to artnet News.

“The original Soundsuit was conceived in the emotional aftermath of the Rodney King beating,” curator Laura Mott told artnet News by email. “At the exhibition opening, I spoke to a guest who was standing in front of TM13, completely overwhelmed. She explained that as an African-American she was feeling paralyzed by recent events (it was two days after the Charleston shooting), but in front of the sculpture she was able to think and grieve. Cave’s artwork has proven relevant and profound in the face of these tragedies, and it speaks to the psychological boundaries of society that have real, tragic consequences.” 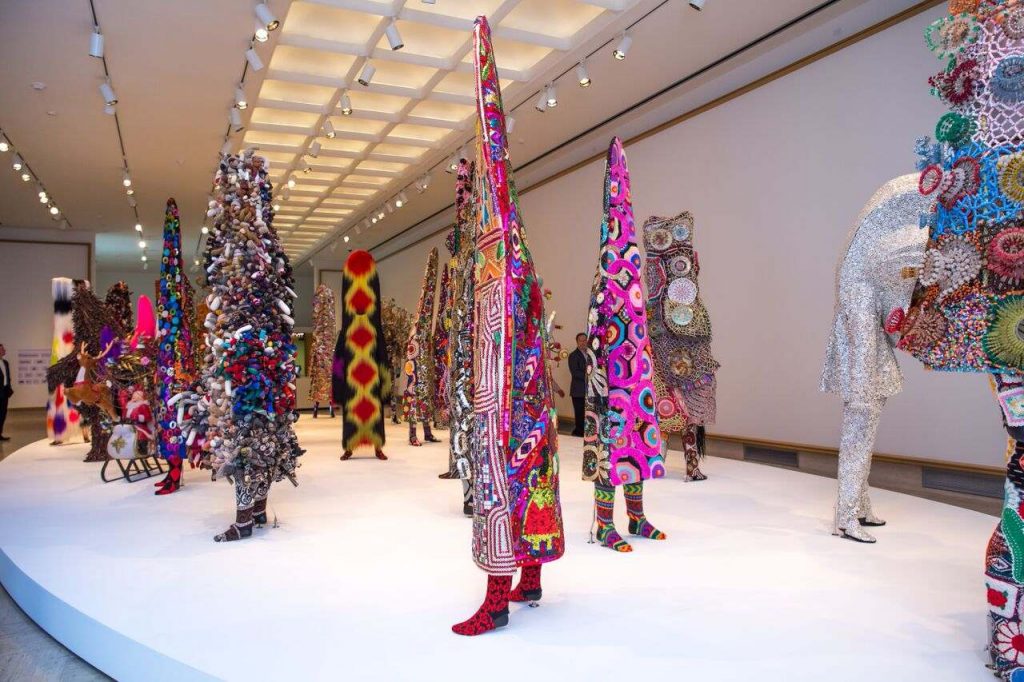 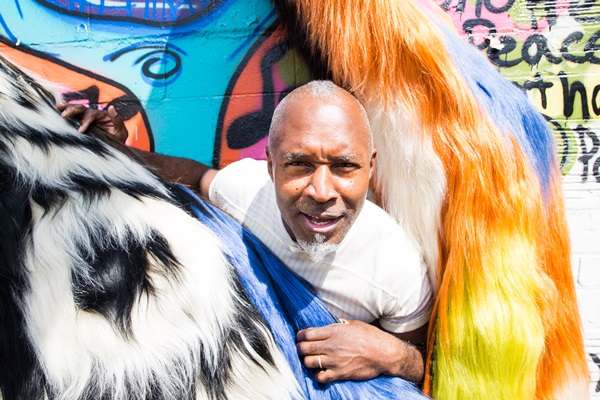