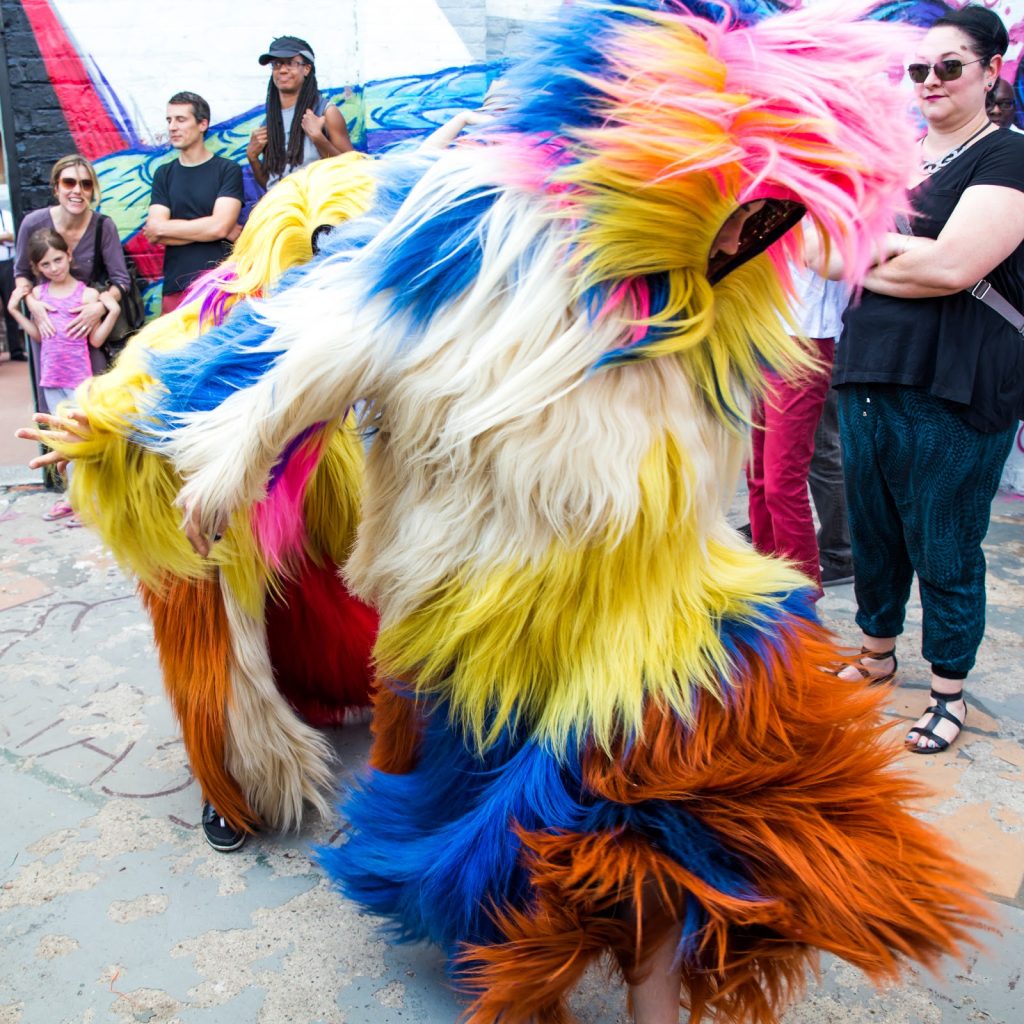 Throughout the summer and fall artist Nick Cave will be dancing in the streets of Detroit in his whimsical ‘soundsuits.’ For Cave’s city-wide takeover for Here Hear, the artist is staging participatory performances including HEARD Detroit, a restaging of his 2013 HEARD•NY Grand Central Terminal performance. In Detroit, Cave will dance not with professionals, as he did in Grand Central’s Vanderbilt Hall, but with 60 high school students. In a 7,000 square foot exhibition at the Cranbrook Art Museum, the museum of his alma mater, Cave is also showing the largest collection of his work of sculptural soundsuits, video, and paintings, to-date.

“I get the museums and the galleries, I know how to do that,” says Cave, whose mission in Detroit is to give back to the city what it gave to him nearly 25 years ago, to The Creators Project. “But what I don’t know is, when I bring my work to a city, am I being a change agent?” Cave, who created his first soundsuit out of twigs in response to the 1992 Rodney King beatings, explains, “This is a prime time for Detroit and I want to bring my work to the heart of the city so I can refuel and inspire the community.”

Watch a quick tour of Cave’s Here Hear exhibition, premiering today on The Creators Project, below: