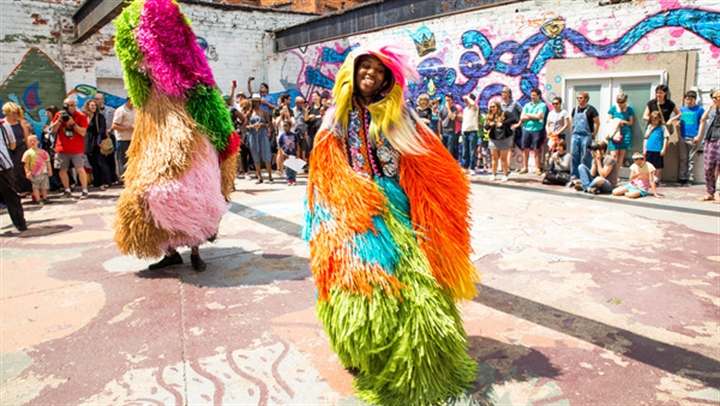 Chicago-based artist and Cranbrook alum Nick Cave has been appearing around Detroit in his colorful soundsuits as part of his Hear Here exhibition at the Cranbrook Art Museum. The public will have a chance to see Cave’s soundsuits in action during a series of live performances that will be held in and around Detroit starting this Saturday.

For the performances, Cave has partnered with local dancers and musicians and given each group a “box” of supplies they will use to create a live performance. The dance labs performance schedule is below. You can also catch rehearsals at MOCAD, which are open to the public to view — check the official site for the schedule.

Read our interview with Cave here.