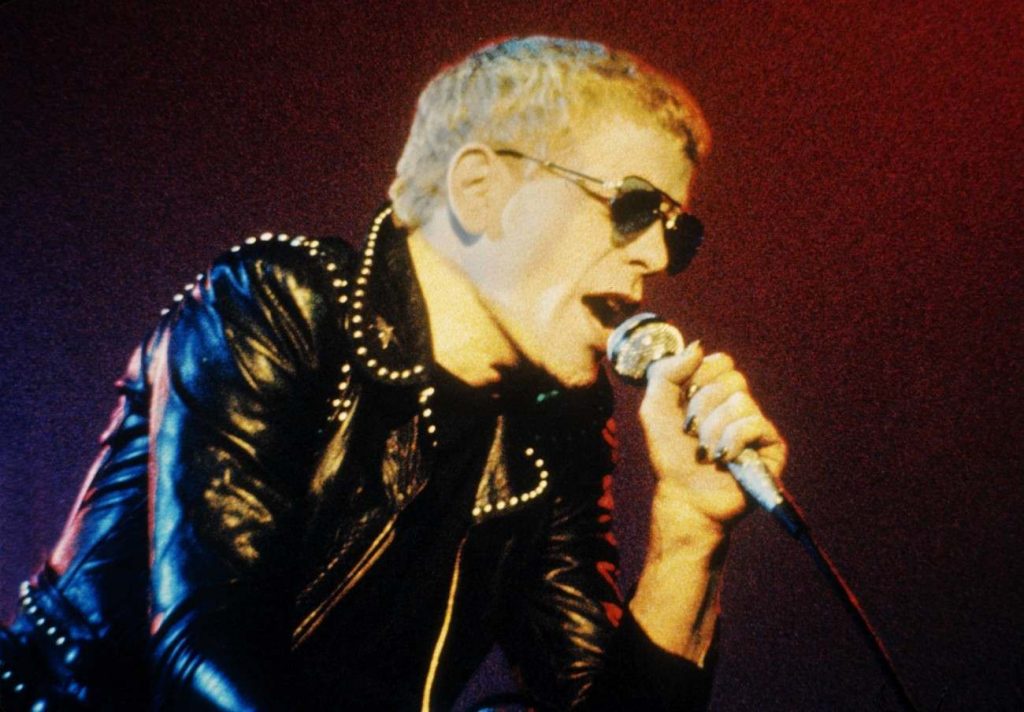 This is the best news for fans of immersive sound, the Velvet Underground, and trip metal. Surely, we’ve all at least heard of Metal Machine Music by now. Once critically reviled, in time it’s come to be understood as an important if idiosyncratic link between 1960s minimalism in New York and later developments in industrial and noise musics. As a teenager, I spent the better part of one summer listening to Metal Machine Music, daily (or as close to daily as I could, because family members did not share my enthusiasm for this overlapping collage of manipulated guitar feedback). It began as a challenge, and ended with me finding all kinds of pretty little seagull-sounding flourishes and repeated melodic themes inside of what at first seemed to be an uncompromising and indiscriminate wall of squealing shit.

Anyway, what’s the actual news? Cranbrook Art Museum will present an audio installation called “Metal Machine Trio,” which presents Metal Machine Music as an ambisonic 3-D re-creation, from Nov. 21, 2015 to March 26, 2016. I’m pretty sure these are new recordings made by Reed in 2012 with a group he had called Metal Machine Trio, rather than manipulations of tapes or the original tapes that formed the Metal Machine Music album for RCA in 1975? But I’m not sure. If you’re still confused about the sonic origins as well as hey what does “ambisonic 3-D Sound” mean, well, so am I. Let’s quote the press release, maybe that will help:

Originally presented by the University Art Museum, California State University Long Beach (UAM, CSULB) in 2012, where Lou Reed worked in collaboration with the acoustic specialists at the Arup Engineering SoundLab in New York, Reed was able to recreate, for museum visitors, this groundbreaking composition from exactly the same acoustic perspective he had while performing it onstage. The installation at Cranbrook will use twelve loudspeakers in an ambisonic arrangement to create a fully immersive 3D sound lab. The complete Metal Machine Music in four parts will run continuously with each composition lasting around sixteen minutes in length. Each of the four parts are unrecognizable as structured compositions and include over an hour of over-modulated feedback and guitar effects, intricately mixed at varying speeds by Reed himself.

I’d like to quote here liberally from the Wikipedia entry for the album, as it’s a good one, in case you want to know more about the record.

According to Reed (despite the original liner notes), the album entirely consists of guitar feedback played at different speeds. The two guitars were tuned in unusual ways and played with different reverb levels. He would then place the guitars in front of their amplifiers, and the feedback from the very large amps would vibrate the strings—the guitars were, effectively, playing themselves. He recorded the work on a four-track tape recorder in his New York apartment, mixing the four tracks for stereo. In its original form, each track occupied one side of an LP record and was listed with a runtime of 16 minutes and 1 second, although the actual runtimes vary. The runtime for the fourth side was listed on the label as the symbol for infinity, because it ended in a locked groove, causing the last 1.8 seconds of sound to repeat endlessly until the listener picked the needle up from the record. The rare 8-track tape version has no silence in between programs, so that it plays continuously without gaps on most players. A quadraphonic disk was also released by RCA.

A major influence on Reed’s recording was the mid-1960s drone music work of La Monte Young’s Theatre of Eternal Music, whose members included John Cale, Tony Conrad, Angus Maclise and Marian Zazeela. Both Cale and Maclise were also members of the Velvet Underground (Maclise left before the group began recording). The Theatre of Eternal Music’s discordant sustained notes and loud amplification had influenced Cale’s subsequent contribution to the Velvet Underground in his use of both discordance and feedback. Recent releases of works by Cale and Conrad from the mid-sixties, such as Cale’s Inside the Dream Syndicate series (The Dream Syndicate being the alternative name given by Cale and Conrad to their collective work with Young) testify to the influence this important mid-sixties experimental work had on Reed ten years later.

In an interview with rock journalist Lester Bangs, Reed claimed that he had intentionally placed sonic allusions to classical works such as Beethoven’s Eroica and Pastoral Symphonies in the distortion, and that he had attempted to have the album released on RCA’s Red Seal classical label; it is not clear if he was being serious, although he repeated the latter claim in a 2007 interview.

The show at Cranbrook is presented in collaboration with Sister Ray Enterprises, Inc., and was curated by Christopher Scoates, who last year was tapped to direct the Cranbrook museum itself. Scoates had already helped to create this installation for the University Art Museum at California State University, Long Beach in 2012.

A native of Andover, England, Christopher Scoates is the author of a book on Brian Eno, Scoates has overseen/ curated exhibitions on the works of Cory Arcangel, Bruce Nauman, Al Held, Andy Warhol, Maya Schindler, Hannah Wilke, Kay Rosen, and Joseph Beuys, plus two shows with very promising titles— Project Lab: Sound Oasis, and Peace Press Graphics: Art in the Pursuit of Social Change. Dude is also the co-founder of something called 5-D: The Immersive Design Conference, “a national conference about progressive film design, narrative media and new technology.” That’s quite a badass CV; Cranbrook was super smart to choose him, and I can’t wait to see more evidence of his curatorial vision in the future.

Posted In: Cranbrook Art Museum in the News, Lou Reed