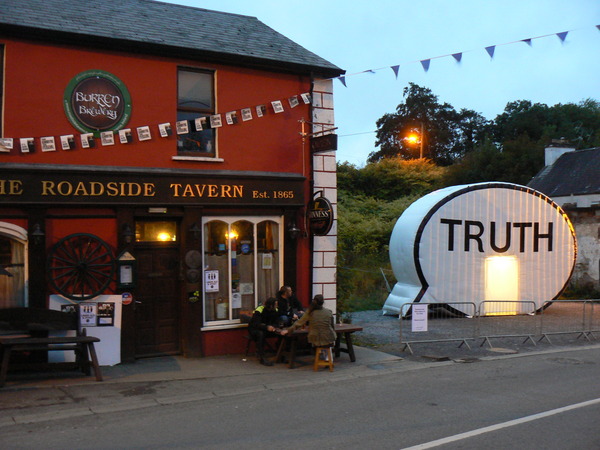 Projects will both originate in the city of Detroit

Cranbrook Art Museum was awarded a $60,000 matching grant to create a Detroit tour of the public art installation In Search of the Truth (The Truth Booth). The ambitious public program will also result in a new presentation at the Museum in the fall of 2016.

The Truth Booth is a portable, inflatable video recording studio in the shape of a giant speech bubble. Created by artists Hank Willis Thomas, Ryan Alexiev, Will Sylvester and Jim Ricks, known together as the Cause Collective, its interior is equipped to compile video responses by hundreds of people from diverse cultural backgrounds as they complete the sentence: “The truth is….”

The Detroit tour would take The Truth Booth throughout the city in the summer of 2016, posing this question in the spoken language of each neighborhood. It will create conversation among residents who inhabit the same geographic region, and expand their own understanding of how their city defines what is real, authentic, valuable or true.

The Detroit tour will be an important contribution to the project’s overall global ambitions. To date, The Truth Booth has captured thousands of responses in countries as diverse as South Africa, Ireland, and Afghanistan. It aims to bridge gaps that exist between people separated by distance, language, and cultural barriers. 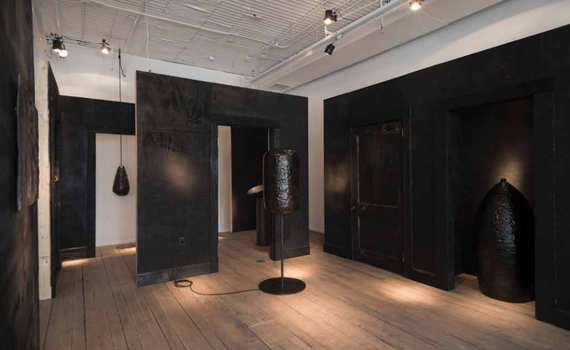 Anders Ruhwald, Cranbrook Academy of Art Artist-in-Residence and Head of the Ceramics Department, was awarded a $25,000 matching grant for his project Unit 1: 3583 Dubois.

Unit 1: 3583 Dubois explores the transformative qualities of fire — both destructive and constructive. Ruhwald looks to create a permanent art installation inside a Detroit apartment where the interior is made of charred wood, molten glass, steel and black ceramics.

The apartment is inside a building located in a once-thriving neighborhood on Detroit’s eastside where very few buildings are left standing today. The installation will have six rooms: the charred room, the brick room, the heat room, the oil fountain, the library, and a kitchen. Each room will have a distinctive look, smell and temperature that relates to the room’s subject.

At the same time, Ruhwald will create an event and community space in the basement of the building. The space will be used for lectures and workshops that engage the local community.

The John S. and James L. Knight Foundation’s Knight Arts Challenge funds the best ideas for engaging and enriching Detroit through the arts. This year, the Knight Foundation received more than 1,000 applications which they were able to narrow down to 70 finalists.

This is the third year of the challenge. Last year, the Detroit Knight Arts Challenge awarded Cranbrook Art Museum a grant of $150,000 to launch the Nick Cave: Here Hear project, funding that proved to be critical in moving the project forward.

Open to everyone, the Knight Arts Challenge offers matching grant money to the best ideas for the arts. Applicants must follow only three rules: 1) The idea must be about the arts; 2) The project must take place in or benefit Detroit; 3) The grant recipient must find funds to match Knight’s commitment.