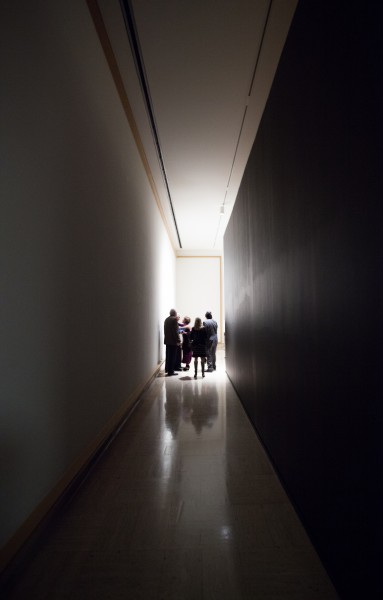 Back in 1975, rock musician Lou Reed nearly drove his now revered career into the ground with the release of his fifth solo album, “Metal Machine Music.”

As one of pop culture’s earliest examples of experimental noise (meaning no songs and no structure), the controversial “Metal Machine Music” was largely hailed as a joke upon its release by fans and critics alike. It took decades before it was given proper credit for helping spearhead the idea of contemporary sound art.

To help pay tribute to the widely misunderstood double album — a current staple of avant-garde music — Cranbrook Art Museum is hosting an exhibit called “Lou Reed, Metal Machine Trio: The Creation of the Universe” through March 26.

Housed in just a small black room, the exhibit is made up of a live ambisonic 3D installation that utilizes 12 loudspeakers to create a fully immersive sound experience. It’s designed to replicate the Metal Machine Trio, a live band version of the album formed by Reed, Ulrich Krieger and Sarth Calhoun in 2008.

Before Reed’s passing in 2013, the Metal Machine Trio did a series of performances that consisted of free-form sound and improvised music. The Cranbrook exhibit, which was originally presented by the University Art Museum at California State University Long Beach in 2012, is based on a live recording of Metal Machine Trio: The Creation of the Universe at New York’s Blender Theatre in 2009.

For the New York show, Reed collaborated with acoustic specialists at the Arup Engineering Soundlab to give museum visitors insight into his own acoustic perspective onstage. The performance was recorded using a full-sphere, surround-sound technique designed to capture the exact timing, strength and direction of sound.

“The speakers are directed at you, so you get the feeling as if you’re Lou Reed onstage,” said Troy Hoffman, a Cranbrook Art Museum visitor services representative. ‘It’s like you’re experiencing what Reed himself experienced.”

The exhibit itself looks simple in nature, but its inner workings are complex. Pitch black except for a few dim yellow lights, the room is insulated to nearly total silence from the outside. On the inside, however, is a full-fledged rock show — or at least that’s the goal. Heavily distorted guitar feedback, reverberating strings and blasts of drone-like noise bounce around between your eardrums, giving the sensation of standing onstage in an empty theater during sound check.

The nearly two-hour duration of Metal Machine Trio: The Creation of the Universe plays in full on repeat, so visitors can enter and leave at their liking, staying for as little or as long as needed. 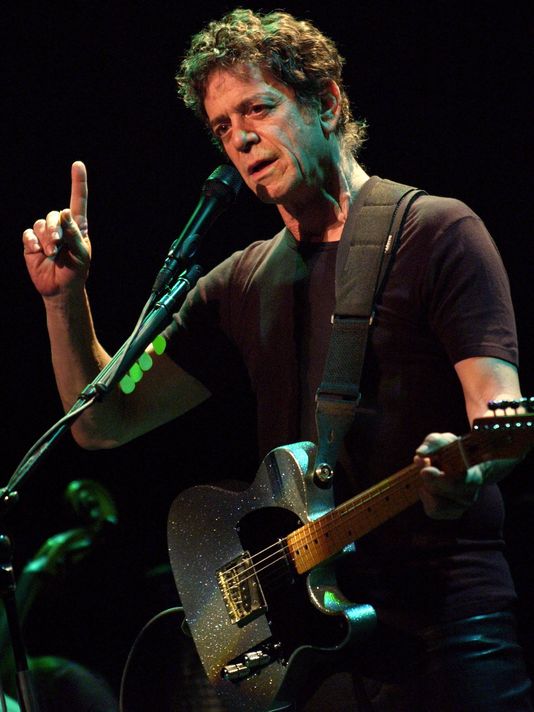 Posted In: Cranbrook Art Museum in the News, Lou Reed