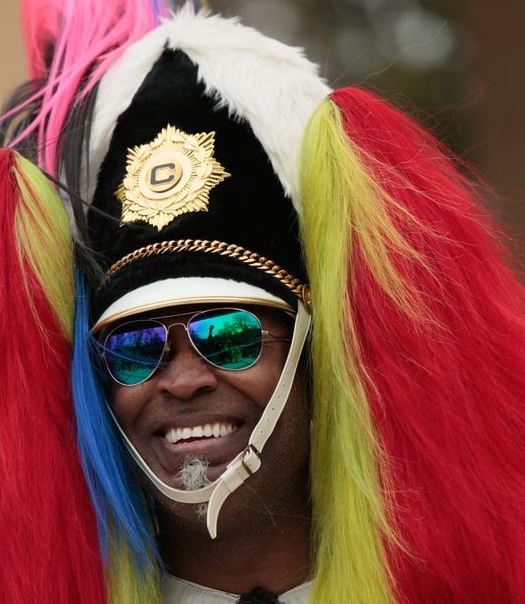 “Nick Cave: Here Hear,” Cranbrook Art Museum, June:
Contemporary art is rarely as much fun as Nick Cave’s Soundsuits, his hybrid, full-body creations that sit at the intersection of art, fashion, sculpture, assemblage, installation and social critique. Still, Cave’s homecoming — he is a Cranbrook alum — reminded you that the eye-candy comes with sharp observations about race and gender, especially notable in a gallery where an affecting suit named for Trayvon Martin was surrounded by sculptures fashioned from racist objects like lawn jockeys found at second-hand shops. Beyond the exhibition itself, Cave took his art directly to the people via a string of dance-based performances in Detroit, linking the suburban Cranbrook museum directly to urban life.