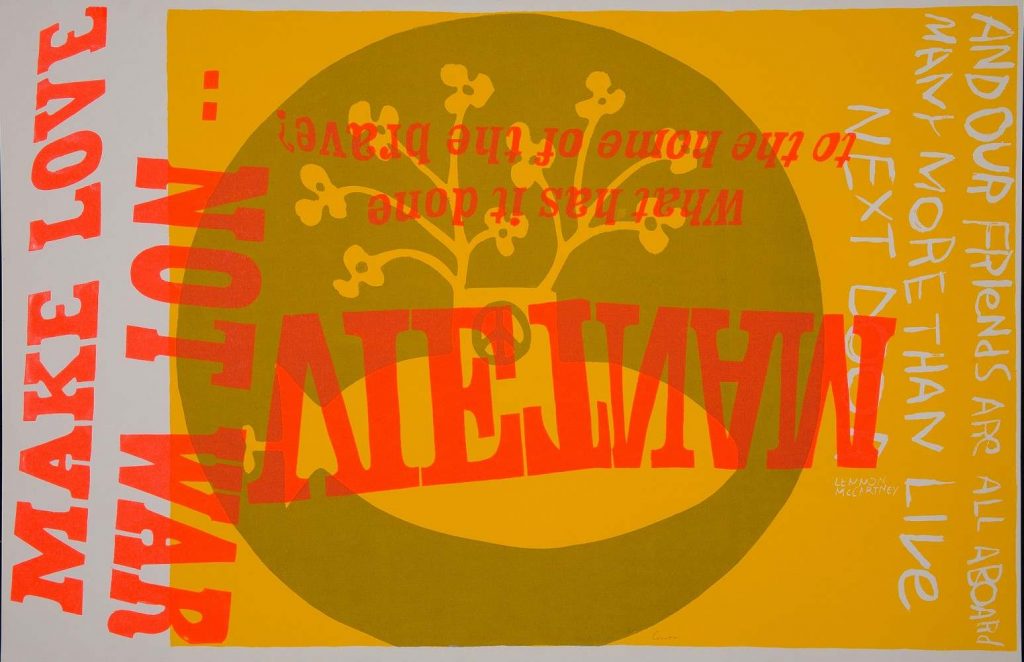 BLOOMFIELD HILLS, MICH.- The acclaimed exhibition Hippie Modernism: The Struggle for Utopia travels to Cranbrook Art Museum this June, bringing an examination of the intersections of art, architecture and design of the counterculture of the 1960s and early 1970s.

The exhibition comes to Cranbrook from the Walker Art Center, where it enjoyed a successful run from October 24, 2015 through February 28, 2016. It was curated by Andrew Blauvelt, former Senior Curator of Research, Design and Publishing at the Walker who left that position to become Director of Cranbrook Art Museum in August of 2015. Cranbrook is the second of only three stops on the show’s national tour.

The exhibition at Cranbrook Art Museum will run from June 18 through October 9, 2016.

Hippie Modernism: The Struggle for Utopia presents a broad range of art forms of the era, including: experimental furniture, alternative living structures, immersive and participatory media environments, alternative publishing, and experimental film and video. Expanding conventional art history of the period, the exhibition explores one of the most vibrant and inventive periods of the not-too-distant past, one that continues to exert tremendous influence within today’s culture.

“It’s difficult to identify another period of history that has exerted more influence on contemporary culture and politics,” said Blauvelt. “By evoking the term ‘hippie modernism,’ we celebrate the creative revolution that sought to return art to everyday life to fight the alienation of advanced industrial society.” Blauvelt continues, “Much of what was produced in various countercultures did not conform to traditional definitions and categories of art—and thus it has largely been ignored in official histories of art, architecture, and design. This exhibition and accompanying catalogue seeks to redress this oversight.”

The exhibition was organized by the Walker Art Center with the assistance of the University of California, Berkeley Art Museum and Pacific Film Archive. It charts the evolution of one of the most fertile periods of recent cultural history that witnessed a variety of radical experiments that challenged convention, overturned traditional hierarchies, explored new media and materials, and formed alternative communities with new ways of living and working together. Many artists, architects, and designers began a search for a new kind of utopia—technical, ecological, political—and with it offered a critique of society.

According to the online magazine, Big Think, the exhibition “strikes you with stunning utopian images of the past, but should also inspire you to dream up your own utopias for the present.”

Section 1: Tune In The first section explores the notion of expanding individual consciousness through altered states of perception, whether through pharmacological or technological means. Works include the transcendental paintings of the USCO collective to the conceptual work of radical architectural groups such as Haus-Rucker-Co, Archigram, and Ant Farm.

Section 2: Turn On The second section explores the notion of social awareness and collective consciousness and action with particular attention paid to the role of books, magazines, posters, and prints as democratic modes of cultural production that helped connect and form new networks of like-minded individuals. Works include Ken Isaac’s pioneering The Knowledge Box (1962/2009), a room-size chamber where one is immersed in a montage of projected images culled from popular press; the graphics designed by Emory Douglas created for the Black Panthers’ newspaper; and the silk-screened anti-war prints of Sister Corita Kent.

Section 3: Drop Out The final section addresses the refusal to participate in the given structures of normative society and the dissolution of boundaries between art and life, culture and politics. Included in this section are pioneering fiber artist Evelyn Roth’s living structures and collective garments made from recycled wool; and a recreation of a dome by the Drop City collective, which houses their stroboscopically lit canvas, the Ultimate Painting.

Conceptually bracketed between Ken Kesey and the Merry Prankster’s cross-country acid trip of 1964 and the OPEC oil crisis of 1974, which brought into dramatic relief the limits of Western society’s progress, the exhibition explores one of the most vibrant and inventive periods of the not-too-distant past, one that still resonates with culture today.

Hippie Modernism: The Struggle for Utopia also considers how the counterculture of the period, once dismissed as both a social and aesthetic failure, embraced many artistic themes and ideas that persist today, including ecological awareness, social practice, and audience participation. It also resonates in a plethora of today’s social arenas, whether the resurgent interest in yoga and spirituality, organic foods, local agriculture, marijuana legalization, climate change, alternative energy, or social protest movements such as Occupy Wall Street and Black Lives Matter, to name a few.

Following the presentation at Cranbrook, the exhibition will travel to the University of California, Berkeley Art Museum and Pacific Film Archive.