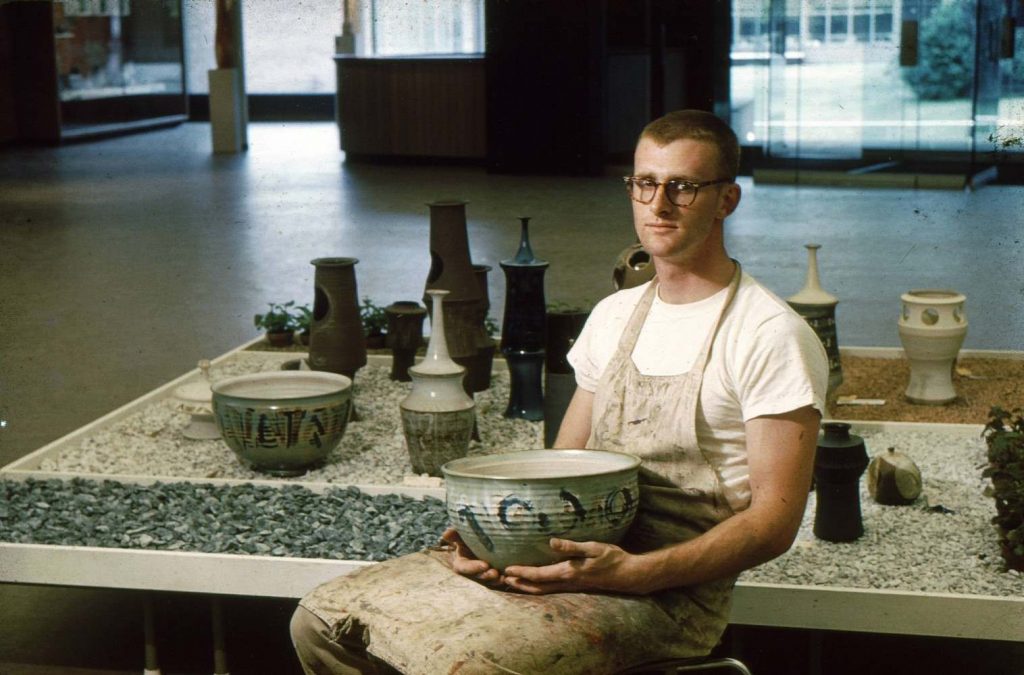 by Joseph Szczesny, For Digital First Media, The Oakland Press

For nearly five decades, John Glick has labored in his studio in Farmington Hills while developing a reputation as a “People’s Potter.”

Now the Cranbrook Art Museum has organized a major retrospective of his work, “John Glick: A Legacy in Clay,” on display this summer at the Cranbrook Museum of Art in Bloomfield Hills.

“John is just a major figure in the Detroit Metropolitan creative community,” says Shelley Selim, the Cranbrook curator, who worked with Glick on the exhibition. She notes that Glick made thousands of pieces in his Plum Tree Pottery during a career spanning more than half a century and went through a number of evolutions since his graduation from the Cranbrook Academy of Art in the early 1960s.

In the 1980s, Glick experimented with techniques borrowed from Japanese craftsmen, and in the 1990s he made giant slabs with Jackson Pollock-type glazes that he turned into decorative wall hangings.

Before he retired in 2014, Glick’s studio had been in an old barn in Farmington Hills.

“I’ve spent the past two years working with John on this exhibition, and I’ve found one of his most remarkable qualities to be his ability to temper his extreme work ethic and creative diligence with an unquenchable thirst for play and experimentation in the studio,” Selim observes.

“His prolific output over a 50-year career is rooted in an earnestness and sincerity that is palpable in the character of his work,” she adds. “Working with innumerable combinations of clay, slips, glazes, tools and forms persistently brought him immense joy, and his intention was always to infuse the lives of the thousands who own his pottery with the same pleasure and wonder he experienced in the act of making. His work enhances and celebrates everyday rituals, and compels the users to relish the familiar objects that populate our daily routine.”

The 200 pieces on exhibit at Cranbrook are drawn from a collection of more than 1,000 works of art Glick set aside over the course of his career.

“It’s really a legacy all the works have been saved by John and they map out his career from the time he graduated from Cranbrook in 1962 until the time he retired in 2014,” Selim says. “He is a major figure in the ceramics world and he’s been featured in hundreds of exhibitions. If you meet him, he’s a personality. He’s very playful and empathic.”

Glick also took great pride in creating works of art cherished by those who might purchase or collect it, Selim notes.

“Part of the mission of Cranbrook is celebrating the legacy of its graduates,” Selim says. “It was a good fit for the museum,” particularly because Glick “lives in the neighborhood.”

Selim adds that Glick compiled an impressive résumé during his long career in pottery and ceramics.

This is the first major exhibition to survey the immense range of ceramic vessels, tableware and sculpture that has made Glick one of today’s premier figures in American studio pottery.

Glick also was instrumental in helping elevate appreciation for “crafts” such as ceramics. “Crafts are the people’s art,” Selim says, noting Glick’s work was featured at a White House Luncheon organized in 1977 by first lady Roslyn Carter. Joan Mondale, the wife of Vice President Walter Mondale, acquired a set of dishes created by Glick.

“It was a reflection of the more populist approach Jimmy Carter was bringing to politics,” Selim says. “That was a really big moment for crafts in America and John was part of that.” 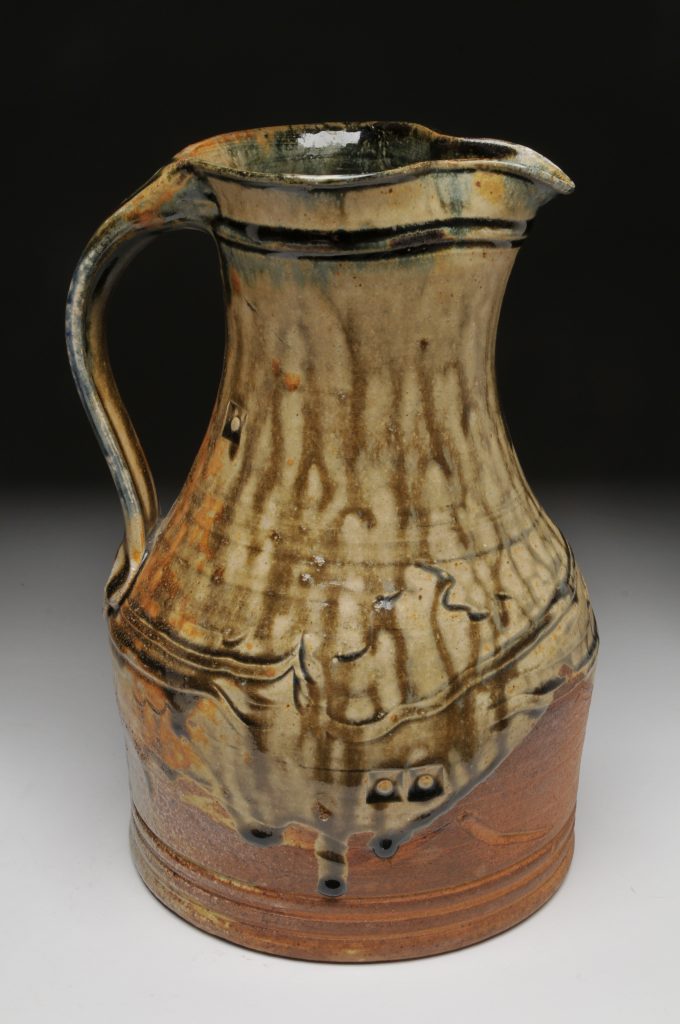 Posted In: Cranbrook Art Museum in the News, John Glick