Cranbrook Art Museum Presents “The Truth Is I Hear You” 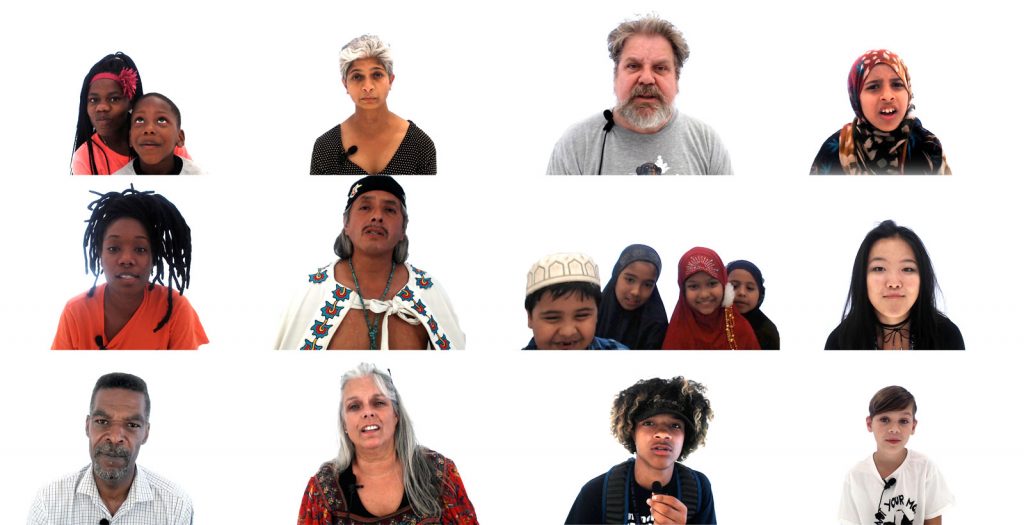 Photo courtesy of Cause Collective.

Bloomfield Hills, Mich., Oct. 5, 2016— On November 18, Cranbrook Art Museum will debut its fall series of exhibitions, including the highly-anticipated The Truth Is I Hear You, a region-wide collaboration with artist group The Cause Collective.

The Cause Collective consists of Ryan Alexiev, Jim Ricks, Will Sylvester and Hank Willis Thomas, a team of artists, designers and ethnographers who brought their Truth Booth to eleven locations in Detroit and Flint this summer. The booth is a portable recording studio in the shape of a giant speech bubble which set out to capture what the residents of each location define as real, authentic, valuable and true.

Participants had up to two minutes to record a statement starting with the words, “The Truth Is…” The filmed results, numbering more than one thousand, have been used to create an ambitious 60-foot-wide video installation that will be on display at Cranbrook Art Museum through March 19, 2017. The exhibition opens to the public on November 19, with a special ArtMembers’ Opening Reception held on Friday, November 18 from 7-9pm.

The tour captured “truths” from a wide-range of locations that speaks to the diversity of the region, such as the Osborn neighborhood in Detroit, the Arab-American Museum in Dearborn and the Hispanic Technology and Community Center of Greater Flint. Cranbrook Art Museum will host public screenings of selections from the exhibition in a variety of locations in Detroit and Flint. Check our website for upcoming dates and times.

Accompanying the video will be documentation of the regional Truth Booth tour by photographer Corine Vermeulen (a graduate of Cranbrook Academy of Art) and Detroit-based filmmakers The Right Brothers. Watch a trailer for the project produced by The Right Brothers on our website. Also watch select “truths” recorded at tour stops in the area.

The exhibition will also include a participatory room by The Cause Collective that will allow museum visitors to write their own responses to the question “The Truth Is…” in a gallery swarmed with floating speech-bubble balloons.

“The immersive video installation, designed with stunning artistry by The Cause Collective, creates a composite ‘portrait’ of our region’s hopes, desires, and concerns. Some are very intimate and personal, while others are collective and grand,” says Laura Mott, Curator of Contemporary Art and Design at Cranbrook Art Museum, and Curator of this project. “The aim of the project is to create conversation and offer people the opportunity to listen to perspectives they rarely hear, often amongst residents separated by mere blocks or miles. The video will also create a time capsule of our region during this historic election year; the truths presented in the exhibition will resonate not only now, but will continue to be compelling in 100 years.”

The Cause Collective team has previously toured The Truth Booth throughout Afghanistan, Ireland, and South Africa, and are currently touring it around the United States, with the hope of visiting all 50 states by Election Day. Their stop in Michigan was their longest and most in-depth stop on the tour.

“I am grateful for my time in Detroit and Flint, and it has been a privilege to be entrusted with the residents’ truths,“ says Will Sylvester of The Cause Collective. “Our hope is that through the exhibition, these communities will learn from each other through their own words. I invite everyone to come out to Cranbrook or the public screenings to further participate in our search for the truth.”

Artist Hank Willis Thomas speaks further to the impact of the project, “The tour allowed us to address deep issues in American society while also inspiring engagement through the cathartic process of recording testimonials. Our aim is to present voices and faces that are often suppressed or ignored.”

The project is funded in part through a $60,000 matching grant from the John S. and James L. Knight Foundation, through their Knight Arts Challenge Detroit initiative, which looks to fund ideas that engage and enrich Detroit through the arts.

“The truth is that few things bring people together like the arts, with the potential to foster a mutual understanding that connects us to our neighbors and neighborhoods,” said Victoria Rogers, Vice President for the Arts at the Knight Foundation. “With The Truth Booth as their platform, we’re excited to hear what’s on Detroiters’ minds.”

The Presenting Sponsor of the exhibition is the Knight Foundation. Leadership sponsors include The Applebaum Family Compass Fund, the National Endowment for the Arts, and Maryanne Mott, who provided support for The Truth Booth in Flint. Additional support provided by Emily Camiener and Marc Schwartz, Lynn and Bharat Gandhi, J.J. and Anthony Curis, Susan and Bill Hall, and Lila Silverman.

For details on our November 18 ArtMembers’ Opening Reception, please visit our website.

Opening in November and Currently on View

Drawing its inspiration from museum dioramas and period rooms, this exhibition features four distinct spaces that examine key moments in Cranbrook’s history that chronicle the evolution of the domestic landscape by showcasing works from our collections. More information here.

Featuring a selection of recent and promised gifts to the Museum, From the Vault features works by important twentieth-century masters such as Richard Serra, Louise Nevelson, Anni and Josef Albers, and Robert Rauschenberg as well as acclaimed alumni from the Academy of Art, including McArthur Binion, Sonya Clark, and Charles Eames. More information here.

Edward Gorey (1925-2000) was an American writer and illustrator known for his masterful pen-and-ink drawings and skillful wordplay (with his protagonists often meeting an untimely demise). This exhibition, on load from a local collector, features many of Gorey’s classic texts as well as his more creative experiments with the physical structure of the book. More information here.