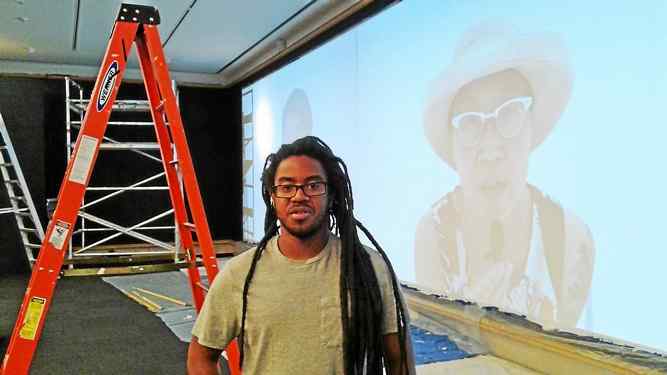 Will Sylvester with the installation “The Truth is I Hear You,” at Cranbrook Art Museum. Photo by Joseph Szczesny.
November 18, 2016

For Will Sylvester, everyone has a peculiar truth they want to express, but sometimes they need a nudge or a push to let it come out into the open.

Resident of metropolitan Detroit and Flint will offer up their own private versions of the “Truth” in a new exhibit opening Nov. 19 at the Cranbrook Art Museum.

The new exhibit, “The Truth is I Hear You,” is the most ambitious of three new shows opening at the museum prior to Thanksgiving.

Sylvester, one of the artists, brought the Truth project to life. He collected testimonials from more than 1,000 people at 11 sites scattered around Southeast Michigan — ranging from the elegant Cranbrook Campus in Bloomfield Hills to the Arab-American Museum in Dearborn, the Detroit Riverfront and downtown Flint — to speak up and speak out.

“The original idea is this thought that everybody has a truth. As artists, we have our individual truths,” he says. “But the concept also evolved after it was tried out in Ireland six years ago by The Cause Collective of New York City, a team of artists, designers and ethnographers that have now traveled as far away as Afghanistan, where women discarded the veils and spoke out for the first time ever.”

Everyone who entered the “Truth Booth,” which served as a portable recording studio, was given two minutes, starting with the phrase “the truth is,” to talk about their own personal version of the truth, Sylvester says.

“This actually has the power to give voice to people, who may or may not be heard and do it in a space where they feel comfortable,” he says. “You go into the bubble. You are by yourself and you can openly express yourself. It’s like a confessional or kind of a soap box. Sometimes people walk out and say, ‘I feel like I’ve just been to the therapist.”

Some participants talked politics, others dwelt on the spiritual while others made personal statements,, Sylvester says.

“I think the most obvious thing is people’s love for the city,” he says of the statements collected around Detroit and Flint. “One of the things that come through in the videos is the deep love people have for the place.”

The Truth Booth Exhibition covers a substantial part of the museum’s floor space and the large selection of videos have been gathered into an installation that will play on one wall of the museum in a continuous loop. The entire collection of two-minute videos is being displayed on a website dedicated to the project.

“In the film, there is really a variety of human emotions. Some are extremely funny. Some are sad,” says Laura Moot, a curator at the Cranbrook Museum, who helped organize the exhibition.

After consultations with the staff of Cranbrook Art Museum, the Truth Collective toured the different locations, which were photographed by Corine Vermeulen, who came to Cranbrook from Europe to earn a graduate degree and decided to stay in Detroit.

Mott says the second of the three exhibitions opening this month includes a show of recent gifts to the museum. The exhibitions showcase pieces by some of Cranbrook’s most famous graduates, such as Eero Saarinen, Charles Eames and Harry Bertoia, as well as more recent graduates and other Detroit-based artists.

The third exhibit includes four period rooms, showing how rooms might have been decorated during the 1950s, 1960s, 1970s and 1980s. Museum director Andrew Blauvelt expects the 1980s room to draw a lot interest now that the 1980s are quickly becoming hip. 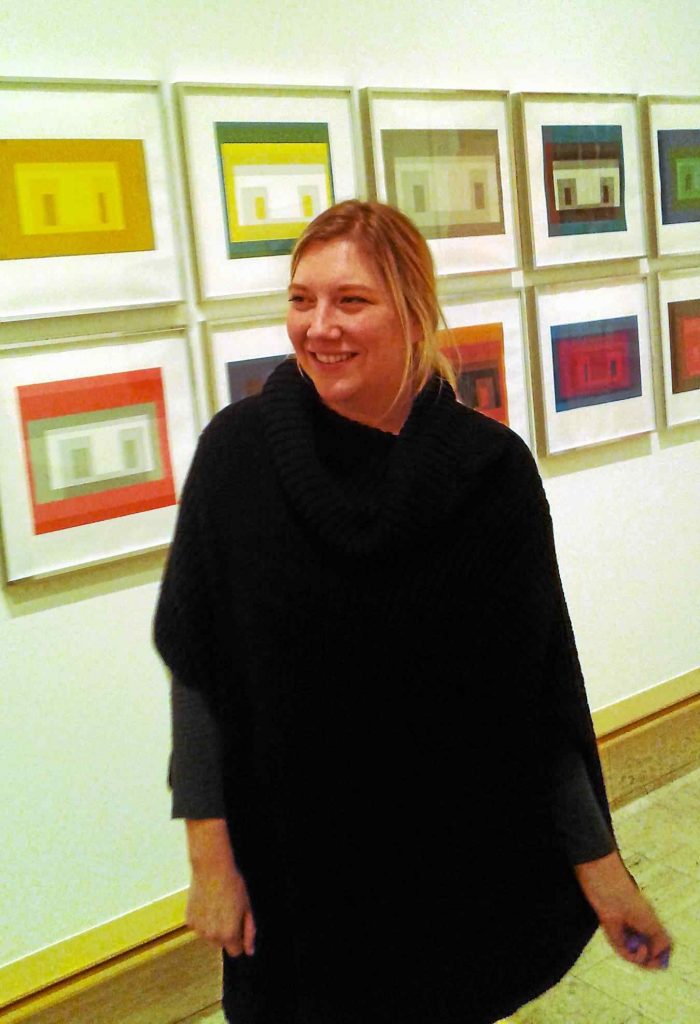