The Truth Is… | Culture Source 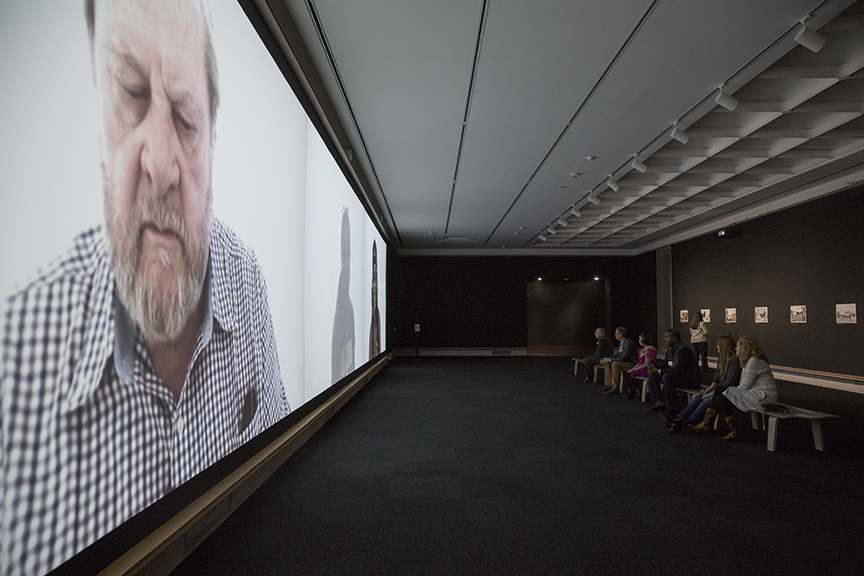 Maybe you saw it, an inflatable cartoon speech bubble with the word “TRUTH” emblazoned on it that popped up in neighborhoods throughout Michigan this past summer?

What did it mean?

As no two “truths” are the same, The Truth Booth meant different things to different people.

“We never told people what to say, we just said: ‘We invite you into the booth.’”

The product of these interactions is now on view at Cranbrook in The Truth Is I Hear You: A Project By the Cause Collective, running through March 19th. At the exhibition’s core is a 43-minute video, pulling from the more than 1,000 “truths” collected in the summer, and running on a loop as a 60-foot-wide, triptych video. The exhibition also includes still portraits of participants throughout the different Michigan neighborhoods shot by Corine Vermeulen, and a video by the Detroit filmmakers The Right Brothers. The testimonies come from stops in Detroit’s Osborn and Banglatown neighborhoods, at the Detroit Institute of Arts, the Arab American National Museum and The Heidelberg Project, on the Detroit RiverFront, at the Sidewalk Festival for the Performing Arts, and at locations in Flint.

The exhibition, which opened on November 19th, less than two weeks after the tumultuous 2016 presidential election, is particularly compelling in light of the political climate, and the pervasive questioning of what is true. Mott remembers many discussions that happened outside of the booth, in particular at the Arab American National Museum with Muslims who were afraid of FBI surveillance and of being recorded inside the booth.
“When people went in, it was a big political act,” she pointed out, in contrast to folks strolling the RiverWalk on a summer afternoon and stumbled across the booth, or those at The Heidelberg Project who were approaching it within the lens of an artistic context.

For Will Sylvester, one of The Cause Collective artists behind The Truth Booth, he believes that, while somewhat fortuitous, the timing was right for an interactive art project that made people question what they knew.

“Going back to 2015 when this whole thing was being thought of, this seemed like a good idea. The end of the first black presidency—sure, why not? Let’s hear what people have to say. And then it was just one thing after the next. You have all the police shootings, and you have the Flint [water] crisis, we drove by Standing Rock, all these things just started popping up one after the other, until Donald Trump is the president. If there wasn’t a better time to do this, I don’t know when it would be. That’s the really crazy thing about it. It just ended up being the best time to do this.”

The Cause Collective visited 34 states throughout the summer of 2016 with The Truth Booth, but their two weeks in Michigan was the longest. Sylvester and Mott had worked together nearly a decade ago, and Mott’s ability to bring the project to the Cranbrook Art Museum allowed The Cause Collective to delve deeper into a community.

Sylvester says of his time in Detroit that “empowering is probably the best word to describe it. To be able to see not only communities working together and giving us this stuff and talking about their city and their lives and things, but then also to really show up for the booth, it was really amazing.”

Community initiatives have been central to Mott’s work as a curator, which included Nick Cave: Here Hear, and the performances and educational programming throughout Detroit that accompanied the exhibition.

“When you go to all these different parts of Detroit, you meet really incredible people, and there’s a sticktoitiveness that people have towards their city. No one talks about leaving, everyone talks about staying and fighting and that’s really inspiring. I already knew that from my experience working here before, but it was also reaffirming that this is a really exceptionally interesting place, and that’s why everyone is so engaged in making the places where they live better.” 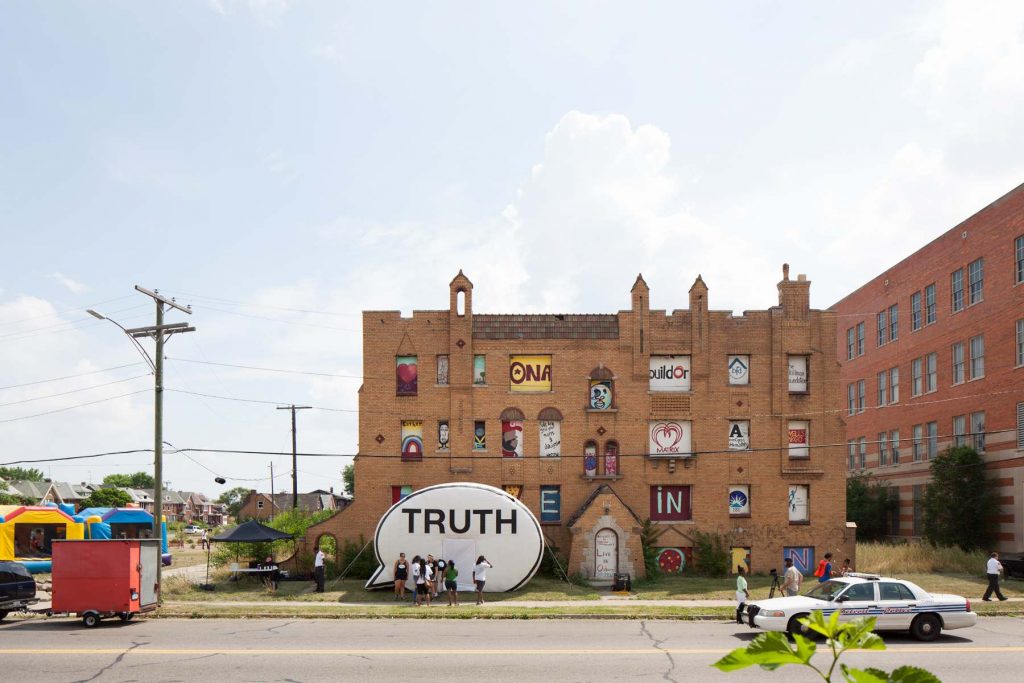 The Truth Booth at the Osborn neighborhood of of Detroit, a stop on its 2016 tour of Metro Detroit and Flint. Photo courtesy of Corine Vermeulen Studio and Cranbrook Art Museum.