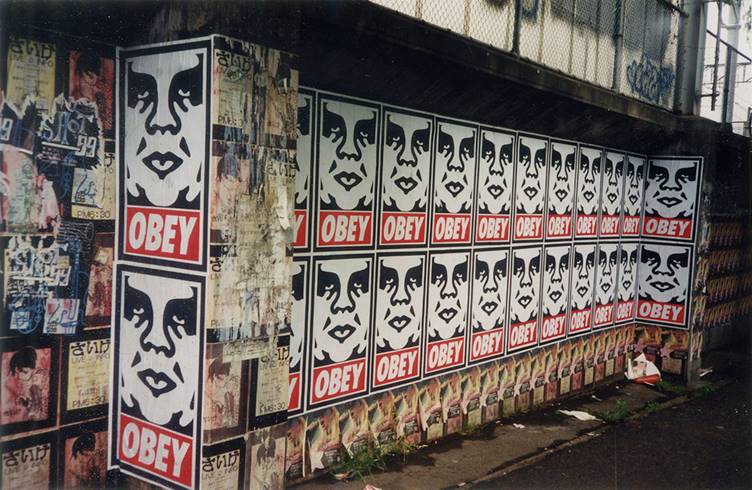 Punk music has made loud waves ever since the 1970s.

But the punk sensibility also caught on with visual artists, who used a variety of media to stretch the philosophy of punk beyond music into different corners of popular culture, says Andrew Blauvelt, the director of the Cranbrook Art Museum and the curator of the new show making its debut at the museum with a preview party Friday, June 15. It opens to the public Saturday, June 16. 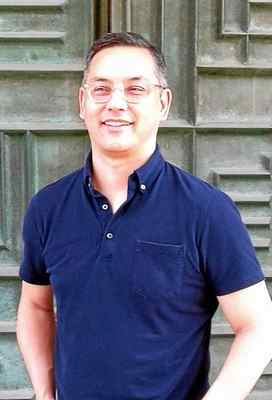 The exhibition, “Too Fast to Live. Too Young To Die: Punk Graphics, 1976-1986 and Shepard Fairey. Salad Days, 1989-1999” is actually two shows in one, as it covers more than two decades in which punk was an important cultural movement that influenced the designs used not only on the posters for shows and the covers of record albums and ’zines hurriedly photocopied or printed with a focus on music, art and politics.

While punk certainly was once defined by opposition to mainstream attitudes and styles, it also spread into the more staid commercial culture of design and advertising in the United States, the United Kingdom and beyond, Blauvelt says.

Shepard Fairey, one of the noted artists to master the punk sensibility, was a figure who helped move punk graphics from the edge to the mainstream of popular culture’s visual elements, including film and video.

Blauvelt says “Shepard Fairey: Salad Days” concentrates on the first decade of Fariey’s artistic practice as it picked up momentum and before it spread into almost every corner of graphic arts. He produced iconic images such as the famous poster used by Barack Obama during his successful Presidential campaign in 2008 that included a likeness of the candidate and the word “Hope.”

The exhibition includes dozens of posters that span the years covered by the two exhibits.

However, the affinity for parody and pastiche that forms the punk sensibility also showed up in comic books and video games as well as science fiction and horror films and videos, Blauvelt says.

Fairey’s images draw inspiration from graphic artists who created graphic posters for anti-war and other kinds of protests against injustice through the 20th century. Fairey carried on the tradition last year when he created a series of drawings to protest the policies of President Donald Trump.

It is still hard to categorize Fairey’s work, however, which has stretched in multiple directions, Blauvelt said in an interview with The Oakland Press.

Blauvelt, who is not only the museum’s director but also a cultural historian and curator of the upcoming exhibition, says in the newspaper-style catalog for the show that punk music seemed to serve as the soundtrack for the lives of young artists when he was a student at Cranbrook in the 1980s.

Punk was the music of choice in the artists’ studios in those days, he says. In fact, in a bow to the local punk music scene of the era, the exhibit that begins in the 1970s includes posters from concerts in the Detroit area, Blauvelt says.

But punk also was a reflection of a rebel spirit, straining to escape convention, that ultimately influenced the broader culture, Blauvelt says in the introduction to the catalog for this summer’s exhibitions at the Cranbrook Art Museum.

Blauvelt noted an earlier exhibit at Cranbrook, “Hippie Modernism: The Struggle For Utopia,” explored the counterculture that emerged in America and Europe in the 1960s and ’70s.

“This project represents a sequel, focusing as it does on the punk and post-punk movements of the mid-’70s to the mid-’80s. The hippies and the punks represent two of the most inventive movements of the 20th century, the catalog notes.