“Shepard Fairey” and “Punk Graphics” at Cranbrook | THE DETROIT NEWS

Cranbrook Art Museum Director Andrew Blauvelt wanted to mount a large show on punk’s influence on graphic art from the 1970s and 1980s, but worried no youngsters would show up.

Both exhibitions will be up until Oct. 7. 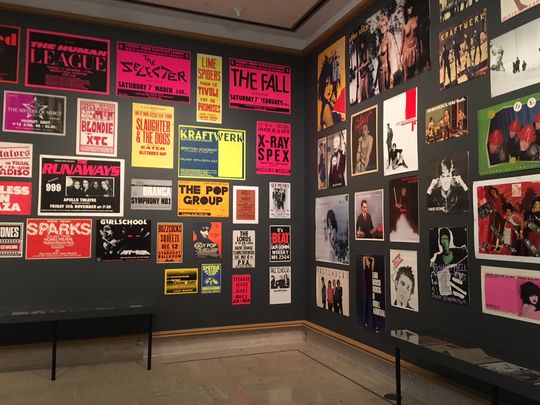 “The two shows,” Blauvelt said, “are linked at the hip.”

“Shepard was very influenced by the punk scene,” he noted, adding that he needed Fairey “because I wanted to figure out a way to talk to young people” who might not connect with posters and ads for “ancient” groups like the Sex Pistols and Destroy All Monsters.

So “Salad Days,” which contains a range of familiar Fairey images including variations on his “Giant” series, acts as a delightful exclamation point at the end of “Punk Graphics.”

In a particularly nice touch, the museum is giving away free posters Fairey created specifically for this show.

The creator of the Obama-era “Hope” poster, Blauvelt notes, was shaped in large measure by the aesthetics of late punk in the mid-to-late 1980s, and its angry political coloration.

The arrival of Margaret Thatcher and Ronald Reagan “politicized a whole generation of musicians and artists,”  Blauvelt said, “and Shepard fits into that too: don’t trust authority, have your own message, do your own thing.” 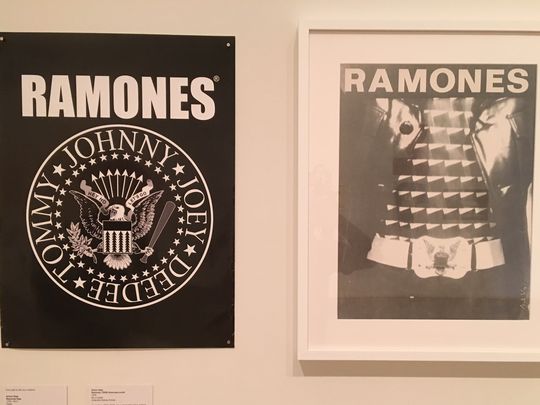 Posters for The Ramones when they performed at New York’s CBGB in 1975. (Photo: Michael H. Hodges)

Not surprisingly, “Punk Graphics,” which tracks from 1976 to 1986, is as much about punk music as it is about graphic design.

Designers in the years just before the arrival of desktop publishing generated ads and posters for groups like the Ramones, and jump-started a whole new print aesthetic that drew on sources as disparate as Russian Constructivism and vintage advertising.

In the great tradition of rock ‘n’ roll, the punk impulse spread beyond visual images into fashion and personal statements.

Punk’s fondness for ripping and shredding — see musician and trend-setter Richard Hell, whose ripped T-shirts were held together with safety pins — bled into visual imagery, as well.

A good example is the rise of “ransom-note” typography — with its individual, snipped-out letters assembled into words — that became a defining element of punk visual culture before computers blew in and changed everything. 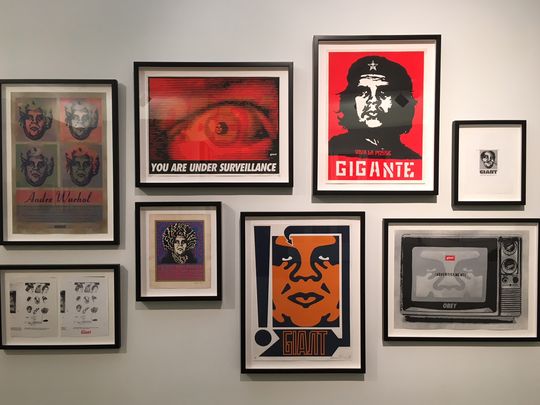 For anyone over 45, one of the treats of “Punk Graphics” is the chance to reacquaint yourself with the bands of your adolescence, whether punk, early or late, or the counter-reaction they helped generate — New Wave music.

Indeed, the profusion of imagery for the Sex Pistols, Blondie, Elvis Costello and Iggy Pop might make some downright teary, recalling their lost youth.

All in all, “Punk Graphics” is a bracing blast from the past, and an informative introduction to the aesthetic currents that molded and shaped Fairey’s point of view. 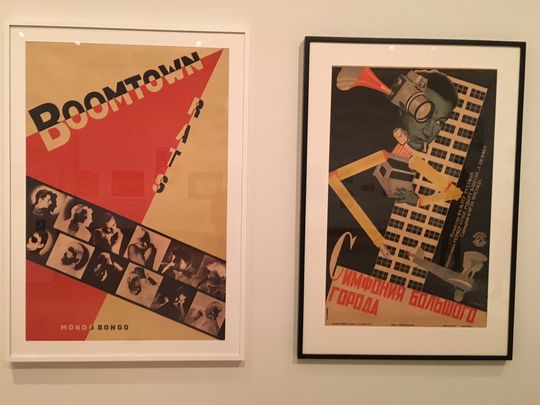