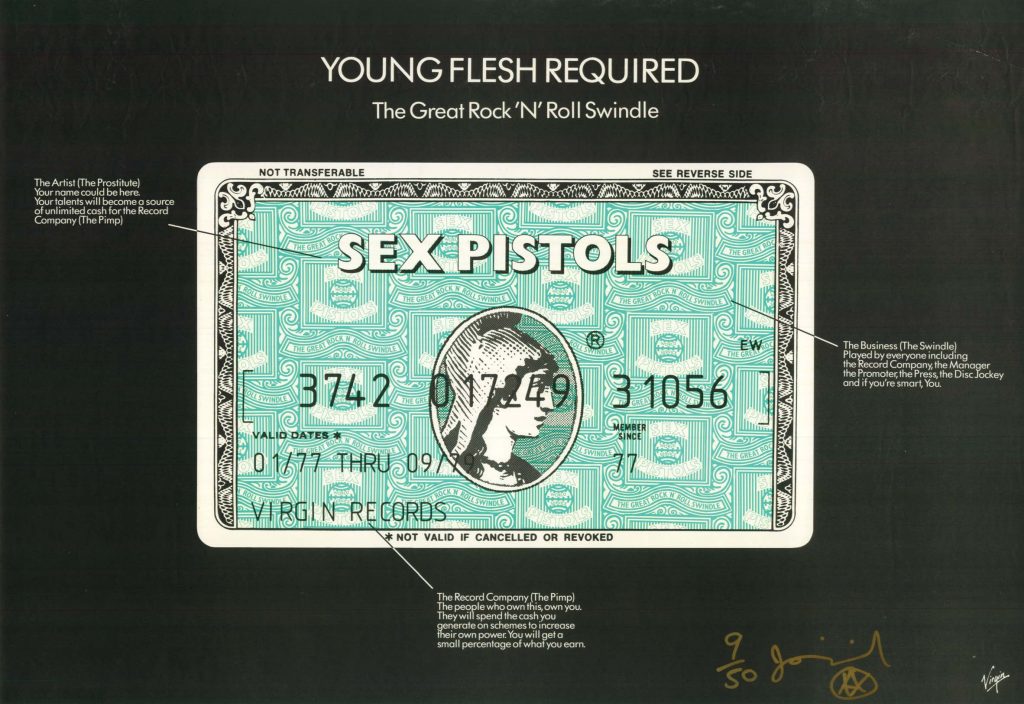 BLOOMFIELD HILLS, MICH.- This summer, Cranbrook Art Museum will debut the exhibitionToo Fast to Live, Too Young to Die: Punk Graphics, 1976-1986, the largest exhibition of its kind exploring the unique visual language of the punk and post-punk movements from the mid-1970s to the mid-1980s.

“Since its rebellious inception in the 1970s, punk has always exhibited very visual forms of expression,” says Director of Cranbrook Art Museum Andrew Blauvelt, who is curating the exhibition. “The energy of the movement created a powerful subcultural phenomena that transcended music to affect other fields such as visual art and design.”

At the same time, the Museum will debut the original exhibition Shepard Fairey: Salad Days, 1989-1999, which considers Fairey’s first 10 years of artistic practice and its roots in the graphic language and philosophies of the punk scene. Punk’s ethos played a decisive role in the artist’s early work. “When I discovered punk rock, and realized that music could have an attitude in its style but a specific point of view in its lyrics,” states Fairey, “I became even more interested in how it works as a way of shaping attitudes and culture.”

“The hippies and the punks represent two of the most inventive movements of late twentieth-century Western culture,” says Blauvelt. “Their back-to-back unfolding not only underscores their countercultural synergies, but also exposes their intertwined yet distinct histories, styles, and social differences.”

Arranged not by artist but rather by themes, the exhibition crisscrosses punk history to explore various visual strategies and design techniques, such as: the role of appropriated, or borrowed, images; the use of collage and montage; and the do-ityourself methods of flyers and zines. It also examines the influence of comics and horror genres as well as modern art on the creation of punk graphics.

Although punk first exploded on the scene more than 40 years ago, its impact is still being felt today. “Not only did punk reinvigorate the music scene by unleashing a thousand garage bands, it telegraphed a new more democratic, open-access approach to making culture in general. Today, things like graphic novels, alternative music stations, and street fashion all owe a debt of gratitude to punk,” relates Blauvelt.

The Art Museum will release a new publication in conjunction with the exhibition featuring texts by Andrew Blauvelt. Printed as a special, oversized, 52-page color newspaper, the catalogue will be available for purchase at the Art Museum and on the Cranbrook Art Museum website.

Shepard Fairey: Salad Days, 1989-1999
June 16 – October 7, 2018
Wainger Gallery
Influential street artist Shepard Fairey has been a consistent presence in national and international art scenes since the 1990s. The LA-based artist is perhaps best known locally through his downtown Detroit mural at One Campus Martius, his ubiquitous Hope image created originally as a grassroots activism tool to support Barack Obama’s 2008 presidential campaign, and the pervasive We the People poster series for the 2017 Women’s March and beyond.

“In Fairey’s earliest works we can see the inheritance of the punk ethos: the satirical impulse, the guerilla-style poster sniping, the oblique references to pop culture, and the very public stage of the street as a place for unapologetic individual expression,” states Blauvelt. “Shepard Fairey is a perfect bridge to connect the history of punk graphics that we are also exhibiting at the same time to his seminal work from the 1990s.”

Both exhibitions are organized by Cranbrook Art Museum and curated by Andrew Blauvelt, Director, and Steffi Duarte, Jeanne and Ralph Graham Collections Fellow. Special thanks to Andrew Krivine for his assistance with Too Fast to Live, Too Young to Die: Punk Graphics, 1976-1986 and to Library Street Collective with Shepard Fairey: Salad Days, 1989-1999. Cranbrook Art Museum programs are made possible with generous support from the Maxine and Stuart Frankel Foundation, members of the Art Museum Committee, and ArtMembers at Cranbrook.