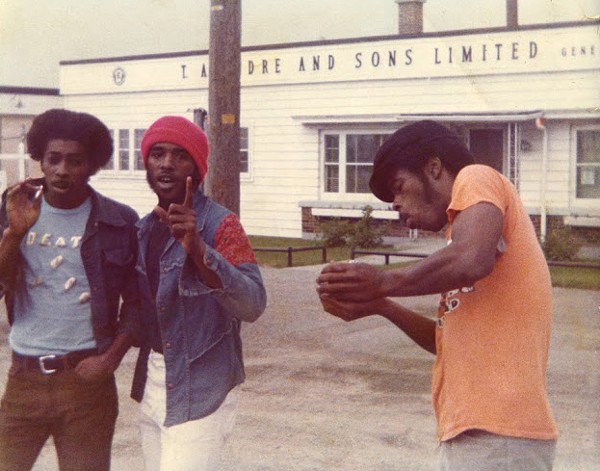 Pioneering punk band Death is returning to Detroit to perform at this weekend’s inaugural Motor City Muscle festival — joining an already-stacked lineup that proves when it comes to rock ‘n’ roll, Detroit is way ahead of the curve. But the free rock music festival isn’t the only time fans can catch the band this weekend.

The surviving Hackney brothers will be on hand for a Q&A following a screening of the 2012 documentary that helped them get the acclaim they long deserved, A Band Called Death. The screening will start at 1 p.m. on Saturday, Aug. 18 at Cranbrook Art Museum’s deSalle Auditorium. Admission is included with the $10 general admission gallery fee, which includes the punk rock-themed exhibition Too Fast to Live, Too Young to Die: Punk Graphics, 1976-1986.

Since it’s the Woodward Dream Cruise, organizers advise accessing Cranbrook from the Lone Pine Road entrance. After the screening, you can catch Death performing at Motor City Muscle festival at 8:15 p.m. on Saturday in Detroit’s Hart Plaza.

Posted In: Cranbrook Art Museum in the News, Press Coverage