Cranbrook Art Museum’s Landmark Exhibition Landlord Colors: On Art, Economy, and Materiality to Be Accompanied by a Major Performance and Public Art Series Set Throughout Detroit This Summer

Exhibition at Cranbrook Art Museum will feature works by more than 60 artists produced during periods of economic and social upheaval in Cuba, Greece, Italy, South Korea, and Detroit, USA 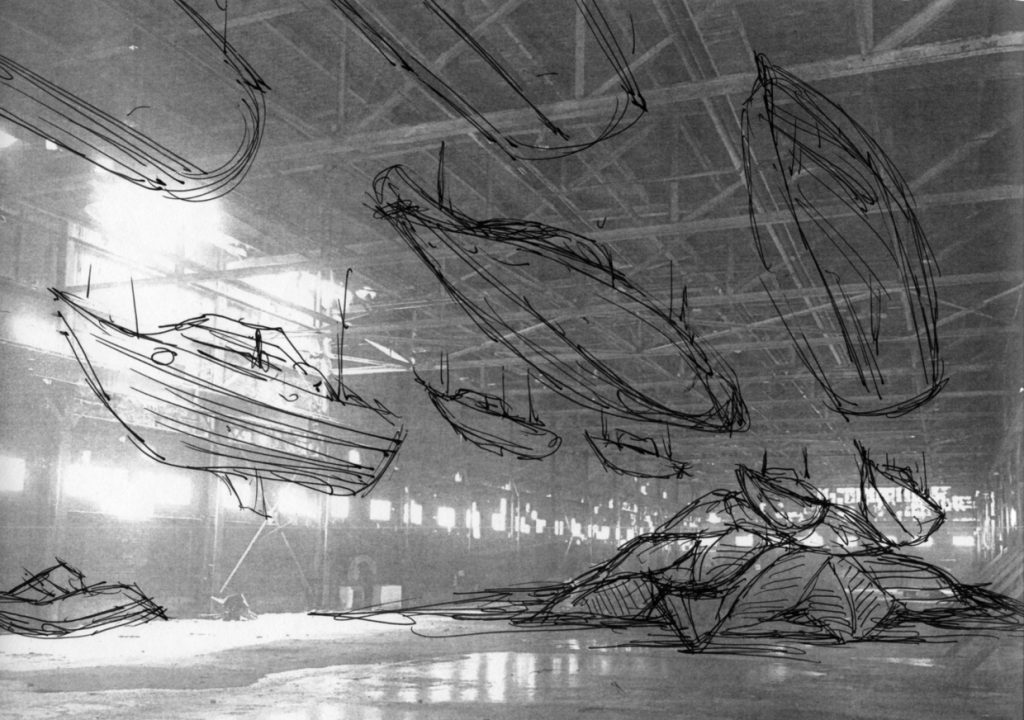 Bloomfield Hills, Michigan, May 2, 2019—From June 22 through October 6, 2019, Cranbrook Art Museum will present Landlord Colors: On Art, Economy, and Materiality, a large-scale exhibition, publication, and public engagement series that brings together artworks from five international art scenes that have experienced post-economic, societal collapse: America’s Detroit from the 1967 Rebellion to the present; the cultural climate of the Italian avant-garde during the 1960s–1980s, including the arte povera movement; authoritarian-ruled South Korea of the 1970s, including the dansaekhwa movement; embargoed Cuba since the Special Period in the 1990s to the present; and contemporary Greece since the financial crisis of 2009. The project examines how artists innovate within the material culture created in the aftermath of such crises. Ranging from seminal historic work to new, site-specific commissions in the museum and throughout the city, Landlord Colors will explore complex and unexpected relationships between the featured artists, highlighting shared themes of ingenuity, resourcefulness, and resistance.

Cranbrook Art Museum Senior Curator Laura Mott has traveled to all five countries over several years to investigate the relationship between aesthetics and economy through research, conversations with scholars, studio visits, and artist interviews. Landlord Colors and its related public programming series, Landlord Colors: Material Detroit, are the culmination of this research.

In speaking about the Landlord Colors project, exhibition curator Mott stated: “The frequency of economic upheaval and recovery has accelerated over the last half-century, primarily due to interdependent, global economies. The exhibition offers an exciting opportunity to look to artistic production as a way to understand our contemporary moment from the ground up, and to explore how artists have continued to mine the material cultures that rose from these crises for inspiration and meaning.”

The Landlord Colors: Material Detroit performance and public art series will expand upon the themes in the exhibition through a robust series of site-specific programs set throughout Metro Detroit.

Exhibition curator Mott stated: “From its inception, Landlord Colors was designed to extend throughout the city that serves as its conceptual spine. One can regard Material Detroit as the outgoing, extroverted sibling born of this exhibition and research, where ideas leap off the plinth or page and become voices, movements, and experiences.”

The task of rooting the project in the city was a collaborative effort between three Detroit curators and institutions, cross-pollinating their missions and expertise: Taylor Renee Aldridge (Co-Founder of ARTS.BLACK), Laura Mott (Senior Curator at Cranbrook Art Museum), and Ryan Myers-Johnson (Executive Director and Curator at Sidewalk Detroit). The curators designed the program to connect art to vortexes of history and contemporary life across Detroit. Material Detroit is a continuation of Cranbrook Art Museum’s Detroit-based initiatives, including Nick Cave: Here Hear (2015) and The Cause Collective’s In Search of Truth: The Truth Booth (2016). ARTS.BLACK is a journal of art criticism from Black perspectives predicated on the belief that art criticism should be an accessible dialogue. Sidewalk Detroit investigates creative solutions to public space challenges and spatial equity through the lens of arts and culture; commissioning artists to create socially relevant, place-based work across the built environment.

Material Detroit projects that will launch during the Landlord Colors opening weekend, June 21–22, 2019:

Susana Pilar, a renowned Havana-based Afro-Cuban artist, will present a performance on June 22 that draws upon a true story from the Detroit 1967 Rebellion. In collaboration with local musicians, Pilar will create a performance that honors the music of The Dramatics, whose founding member, Cleveland Larry Reed, survived the police siege on The Algiers Motel in 1967.

Scott Hocking will present a monumental installation in a 25,000 square-foot former industrial building, which will remain on view throughout the summer near the Detroit riverfront. Bone Black utilizes a collection of the metaphorical ‘bones’ of Detroit’s once prosperous economy: the many boats abandoned throughout the city. Theatrically presented as a suspended fleet, Hocking applies “Bone Black” paint to the boats, an industrial pigment from crushed animal bones that has been produced in Detroit since the 19th century. Landlord Colors will also feature a research-based installation on Bone Black at the museum.

Billy Mark will create a participatory site-specific installation in his neighborhood of Detroit’s North End, featuring a handmade hoodie with 25-foot arms affixed to three flagpoles. Each morning from June 22–July 28, Mark will raise the arms of the sweatshirts at dawn and lower them at dusk.

Anders Ruhwald will launch an ongoing project as part of Material Detroit. Unit 1: 3583 Dubois will occupy an entire apartment in Detroit’s Eastern Market neighborhood. The artist investigates themes of transformation and memory through this installation of black ceramic, charred wood, molten glass, and perceptual environments.

Dabls’ MBAD African Bead Museum, a city-block-sized installation by Olayami Dabls that has been a cultural nexus in Detroit since the late 1990s, will be activated by an exhibition of work by Detroit artist Elizabeth Youngblood. Set within the installation’s gallery space, the exhibition will serve as a momentary companion to this longstanding creative pillar. Olayami Dabls’ sculptural work will also be featured in the exhibition Landlord Colors.

Material Detroit projects that will take place throughout the summer and leading into the fall:

Sterling Toles will present a performance of Resurgent Cinerbus, an immersive sound work that intertwines news coverage from the 1967 Detroit Rebellion with distinct instrumental music and the artist’s narration of his father’s personal history. Sited in Gordon Park in August 2019, the historic location where the 1967 uprising began, the project will be accompanied by a series of discussions led by curator Taylor Renee Aldridge.

The Fringe Society (Ash Arder and Levon Kafafian) will debut Xylem X, a new, site-specific outdoor installation, at Detroit’s annual Sidewalk Festival (August 1–3, 2019). Utilizing a colorful alley as its platform, Xylem X is an interactive fiber installation that presents a portal into the topographic layers of life on a faraway, futuristic planet.

Big Red Wall Dance Company will present an original, place-based performance work within Detroit’s 250-acre Eliza Howell Park in September 2019. The project explores the Black female body’s relationship to Detroit’s green-spaces, as well as issues of security and safety in public space. The work will be accompanied by live music, and will feature selections from guest choreographers based in Detroit.

Jennifer Harge’s Fly|Drown will be on view at the Detroit Artist Market from September 13–October 19. The installation recreates African-American interior domestic space through vernacular objects, and will be accompanied by a series of performances and salon style talks that will serve as platforms for Black womxn to explore their sovereignty within this context.

Michelangelo Pistoletto will present a major performance in September 2019. The legendary Italian artist explores the cyclical nature of life through an ongoing manifesto-driven series titled Il Terzo Paradiso (The Third Paradise), in which The Third Paradise symbol takes on various performance and installation-based forms. In the specific context of Detroit, The Third Paradise—which consists of the reconfiguration of the mathematical infinity sign into three connected circles—will be created through an epic performance of Detroit choir members, orchestrated in the shape of the symbol. A site-specific version of Pistoletto’s 1976 sculptural installation Metamorfosi will also be on view as part of Landlord Colors.

Landlord Colors: On Art, Economy, and Materiality is organized by Cranbrook Art Museum and curated by Laura Mott, Senior Curator of Contemporary Art and Design. The project is generously supported by the Andy Warhol Foundation for the Visual Arts, the Maxine and Stuart Frankel Foundation, The John S. and James L. Knight Foundation, and The National Endowment for the Arts.