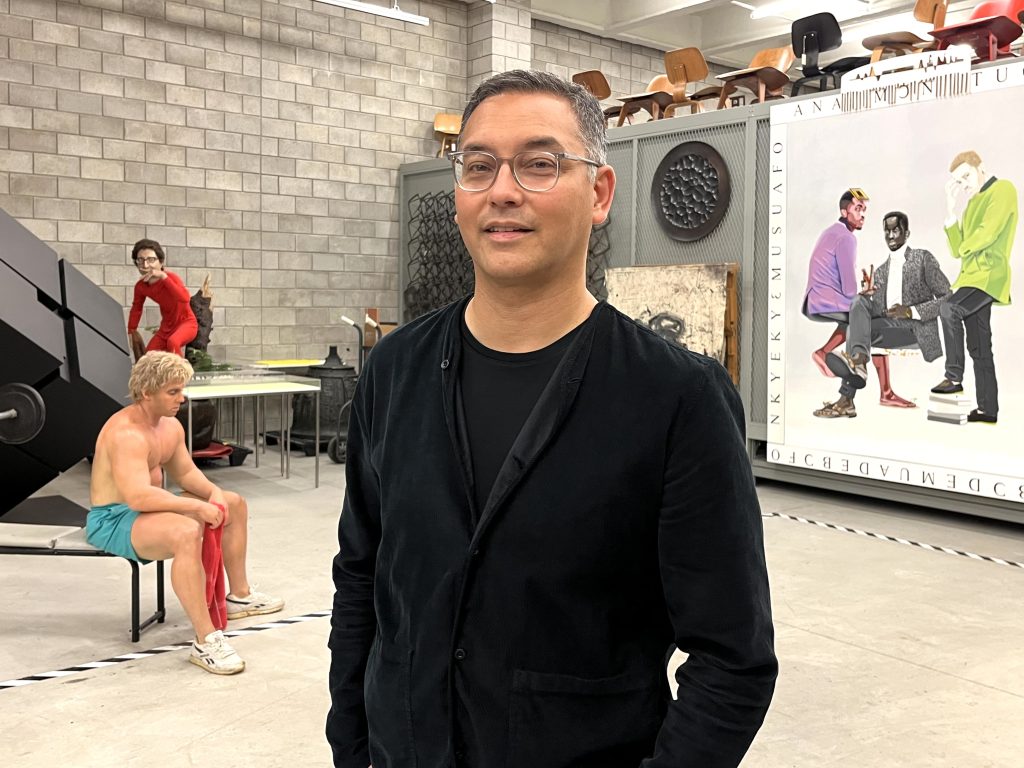 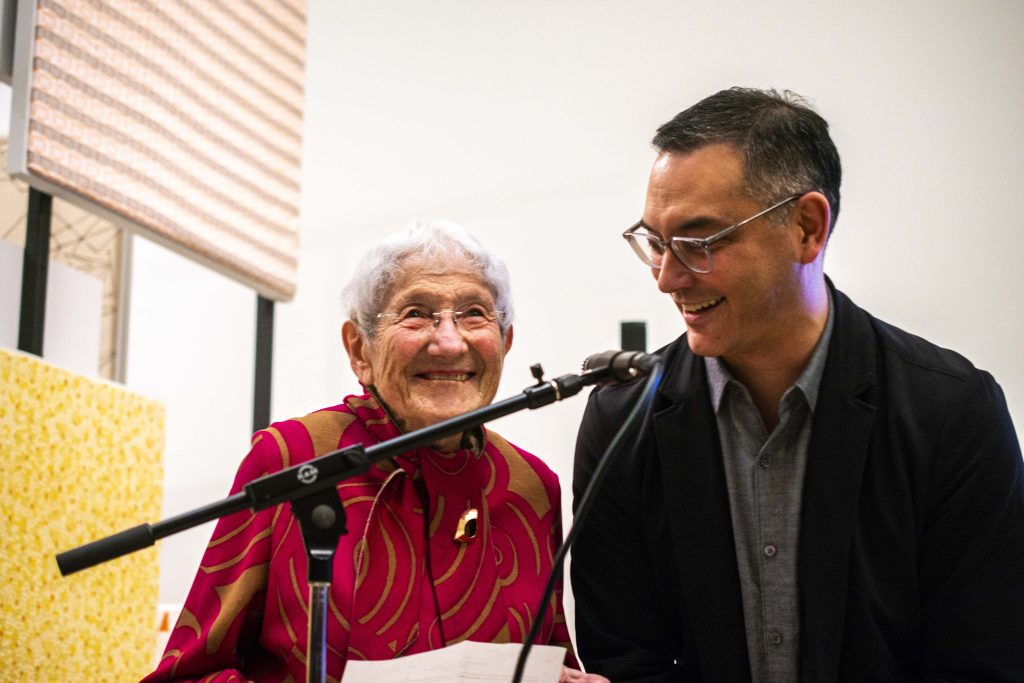 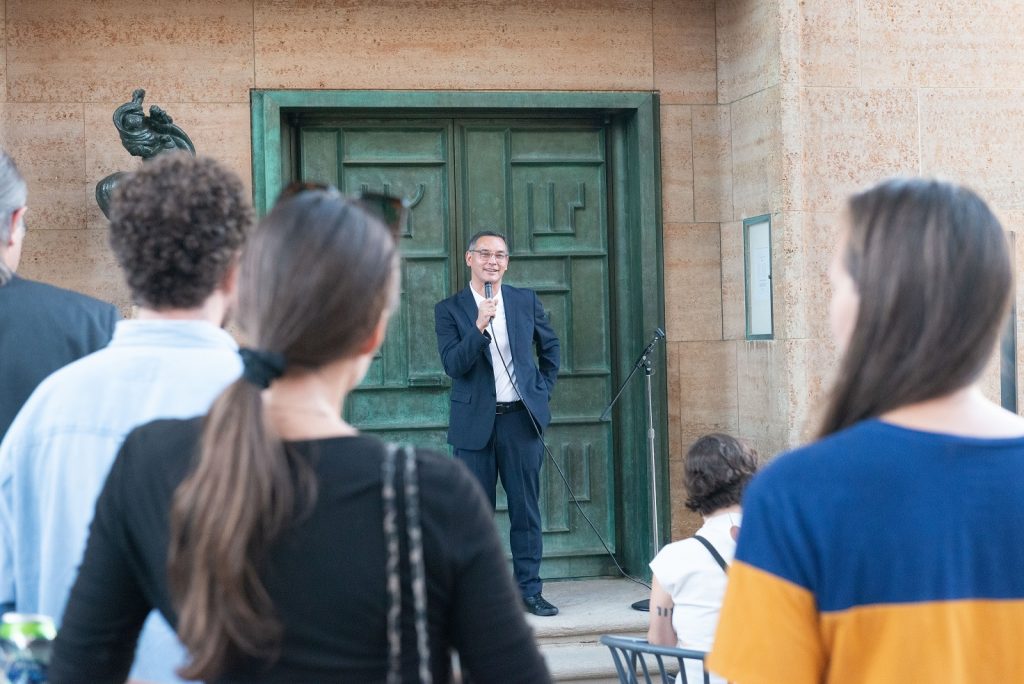 Andrew Satake Blauvelt is a curator, historian, critic, designer, and educator whose practice spans the fields of art and culture. He is Director of Cranbrook Art Museum in Bloomfield Hills, MI, leading the institution’s transformation into a vibrant and diverse cultural destination and community partner.

Since his arrival in 2015 the Art Museum has greatly grown its audiences and diversified its exhibition and public programs and collecting mission with a particular focus on supporting the work of women, artists of color, and those identifying as LGBTQIA+. Blauvelt has reaffirmed, refined, and expanded the museum’s main collecting mission to include work by artists associated with its sister institution, the Academy of Art, and those artists who live and work in the Detroit metropolitan area. Typically, each year, the Art Museum undertakes a major public project, program, or initiative in the city of Detroit, which is free to all. Such programs have included public performances by Nick Cave (2015) and Tunde Olaniran (2019 and 2022); the Healing Memorial (2021) with Sonya Clark, a large-scale participatory work to commemorate losses suffered during the COVID-19 pandemic period; and In Search of the Truth (2016), a film created by The Cause Collective with contributed video testimonials from hundreds of citizens in Detroit, Dearborn, and Flint, Michigan.

A curator with more than twenty years of experience, his recent exhibitions and publications include With Eyes Opened: Cranbrook Academy of Art Since 1932 (2021), a large-scale, five year research initiative to recover a more diverse history of the storied art school; Ruth Adler Schnee: Modern Designs for Living (2019), a retrospective of the Detroit-based and Academy-educated pioneer of modern textile design; Too Fast to Live, Too Young to Die: Punk Graphics, 1976–1986 (2018), which was the first major museum exhibition of the movement, which traveled to venues in the US and Europe; Chris Schanck: Off-World (2022), the first museum exhibition of the Detroit-based, Academy-educated artist and furniture designer for the Museum of Arts and Design in New York; and Hippie Modernism: The Struggle for Utopia, 1964–1974 (2015), which offered a revisionist history of the counterculture in the US, spanning the fields of visual arts, intermedia experiments, radical architecture, and social design practices.

Prior to Cranbrook, Blauvelt served in a variety of curatorial and administrative roles at the Walker Art Center in Minneapolis over the course of 17 years, including as Design Director of its award-winning design department. As Chief of Communications and Audience Engagement, he supervised and led many collaborative cross-departmental initiatives including the pioneering re-imagination of the Walker’s website into a more open-ended, online publishing platform; the development of a digital collections catalog that reimagined the framework and interpretation around multidisciplinary collections; and the development of ground-breaking experiments in community and civic engagement with the citizens of Minneapolis.

A practicing graphic designer for more than 30 years, his work has received nearly 100 design awards, including several nominations for the Chrysler Award for Design Innovation and the National Design Awards in Communications Design. In 2009, the Walker Art Center’s Design Department under his leadership received the National Design Award for Institutional and Corporate Achievement, the first non-profit to receive that honor.

Blauvelt has taught and lectured at leading art and design schools in North America and Europe. He received his MFA in Design from Cranbrook Academy of Art and his BFA in Visual Communication and Photography from the Herron School of Art at Indiana University, Indianapolis.