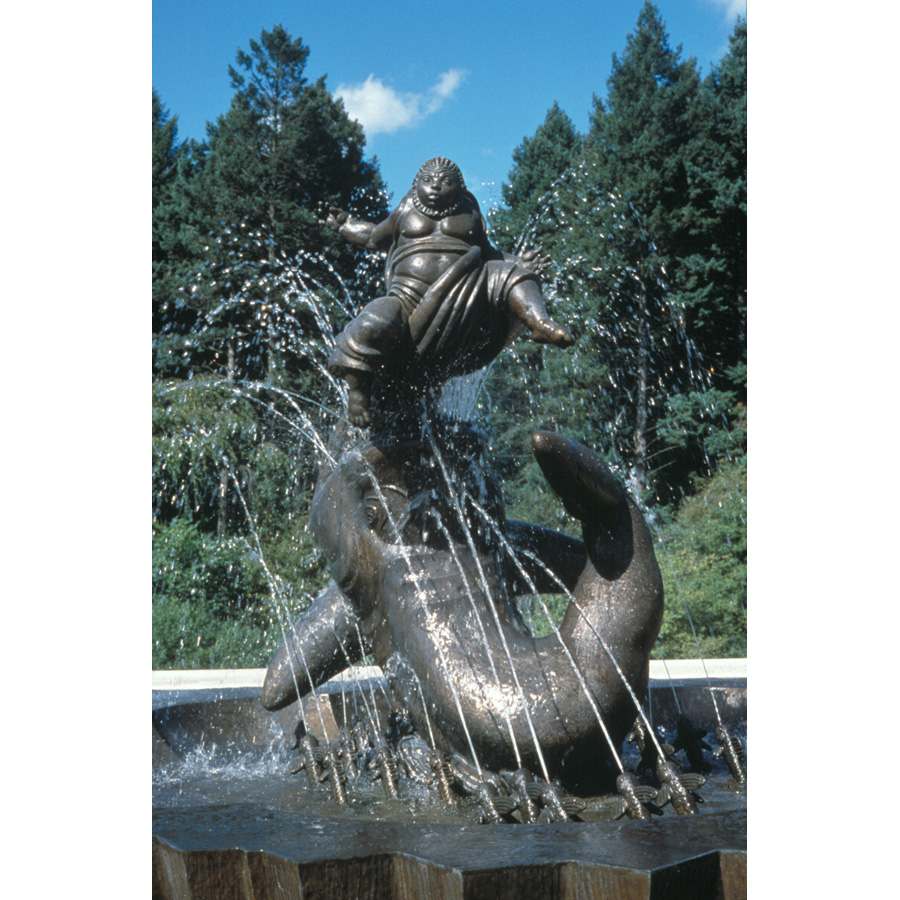 This delightful fountain reflects Carl Milles’s elation upon becoming the first Director of the Department of Sculpture at the new Cranbrook Academy of Art in 1931. His first commission from The Cranbrook Foundation, Jonah and the Whale, was designed the same year he arrived at Cranbrook and installed in 1932 at a total cost of $29,000.

Though he started small, thinking of a fountain for the inner courtyard at the new Kingswood School Cranbrook (where his Diana now presides), Milles’s love of water seemed unquenchable. With its eighty pipes splashing streams of water on both the whale and the Buddha-like Jonah, Milles blithely succeeded in his initial intent to make his fountain “a joke for the children.” Jonah, the Biblical fugitive swallowed by a whale, is spewed high into the air after three days in darkness. The look of utter surprise on his face gives the fountain its extraordinary charm. “There is no other like it,” said Milles. “I like it, and would like to make another Jonah—more amusing.”