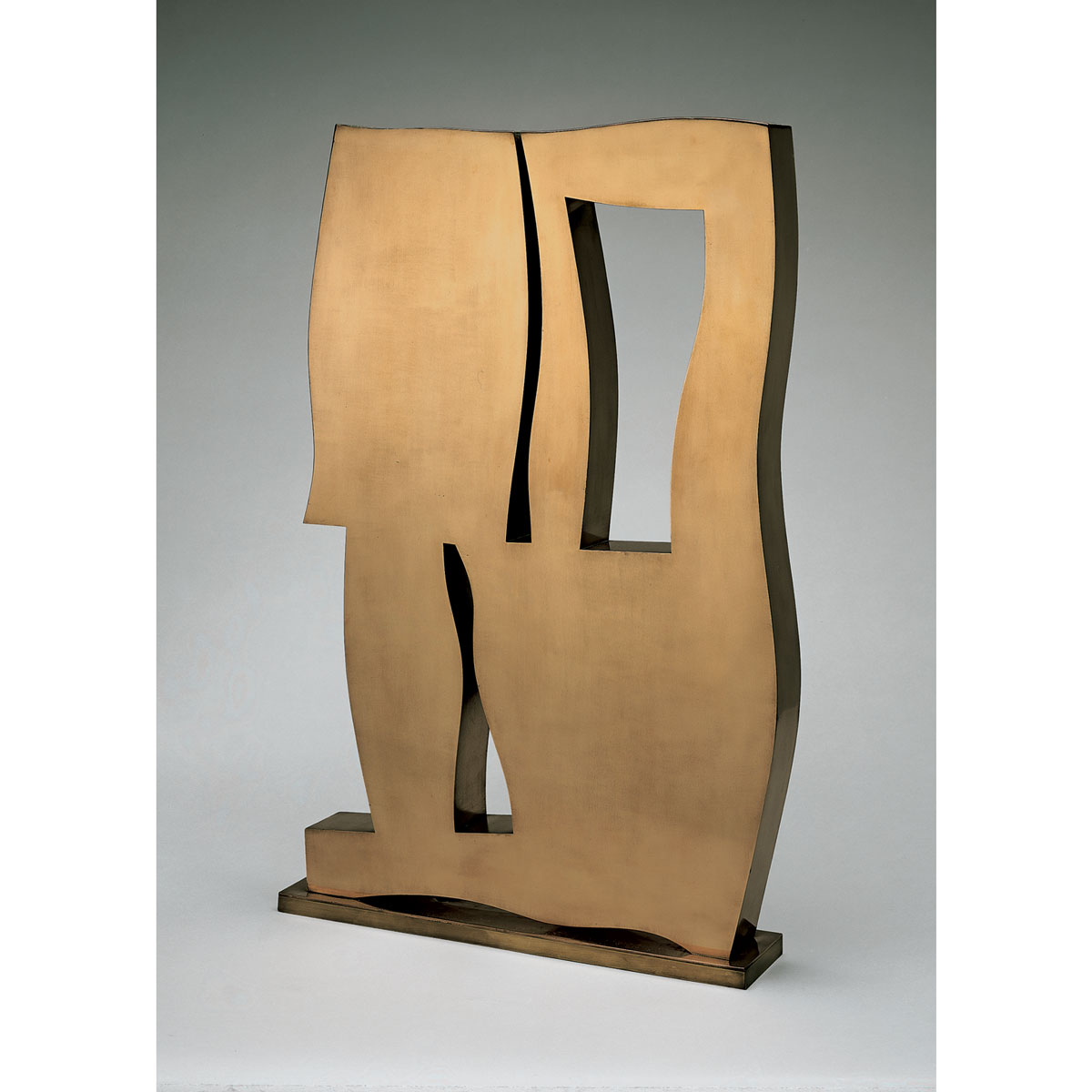 Arp studied at the Strasbourg School of Arts and Crafts in Weimar from 1905 to 1907 and the Academie Julian in Paris in 1908. Although Arp participated in a number of significant exhibitions in Germany and Switzerland following his studies, including the second Blaue Reiter exhibition in Munich in 1912, Arp’s mature career did not begin until after the outbreak of World War I when he moved to Zürich in 1915 and joined in the founding of the Dada movement. Together with other exiles such as the German writer Hugo Ball, the Romanian poet Tristan Tzara and the German painter Hans Richter, Arp helped launch a radical anti-establishment movement that would spread across Europe in response to the horrors and irrationalities of the war. In Zürich, Arp was a frequent contributor of abstract illustrations and humorous poetry to the Dada movement’s many publications such as Cabaret Voltaire, Dada and 391, and produced some of the Dadaists’ most significant works, including abstract biomorphic wood reliefs and influential experiments with torn paper collages created by chance arrangements. Arp later looked back on this period and remarked that the inventive disorder of Dada and the works they created intended “to destroy the swindle of reason perpetuated on man in order to restore him to his humble place in nature.”

By 1930 Arp turned to creating sculpture and found himself aligned with the practitioners of the Surrealist movement in Paris who explored chance, abstraction and the creative unconscious. Arp executed freestanding sculptures in terra-cotta, marble and bronze, and insisted that rather than “abstractions,” his sculptures were “concretions” or generations of a natural form, a distinction that emphasized the additive (rather than reductive) manner in which Arp initially modeled his sculptural forms in clay or plaster. Arp’s visual vocabulary during this fertile period is expressed in works that evoke torsos, birds, plants and other elementary organic, human and animal-like forms.

The stunning polished bronze Arp sculpture in the Shuey Collection is from the last decade of the artist’s career, executed shortly after an important retrospective of his work was presented by the Museum of Modern Art in 1958. Seuil aux creneaux végétaux exemplifies Arp’s innovations in sculpture and harkens back to his early experiments with torn paper collages and woodcut relief. Standing two and a half feet high from its base, this work gives three­ dimensional form to Arp’s influential two-dimensional works and embodies many components of his unique visual language. An assertive, upright form, Seuil aux creneaux végétaux reads as a detached relief, liberated from its two­ dimensional plane. Punctuated by areas of cut out shapes, Seuil aux creneaux végétaux‘s poetry of solids and voids create ambiguous elementary forms that read as both organic and geometric. The work’s enigmatic title—which translates as Threshold with Plant Crenellations—further points to Arp’s interest in giving form to elemental visions of life itself. Part of a series of similarly titled sculptures, Arp viewed these works and the perforations in their forms as organic passages to new vistas not of this world.