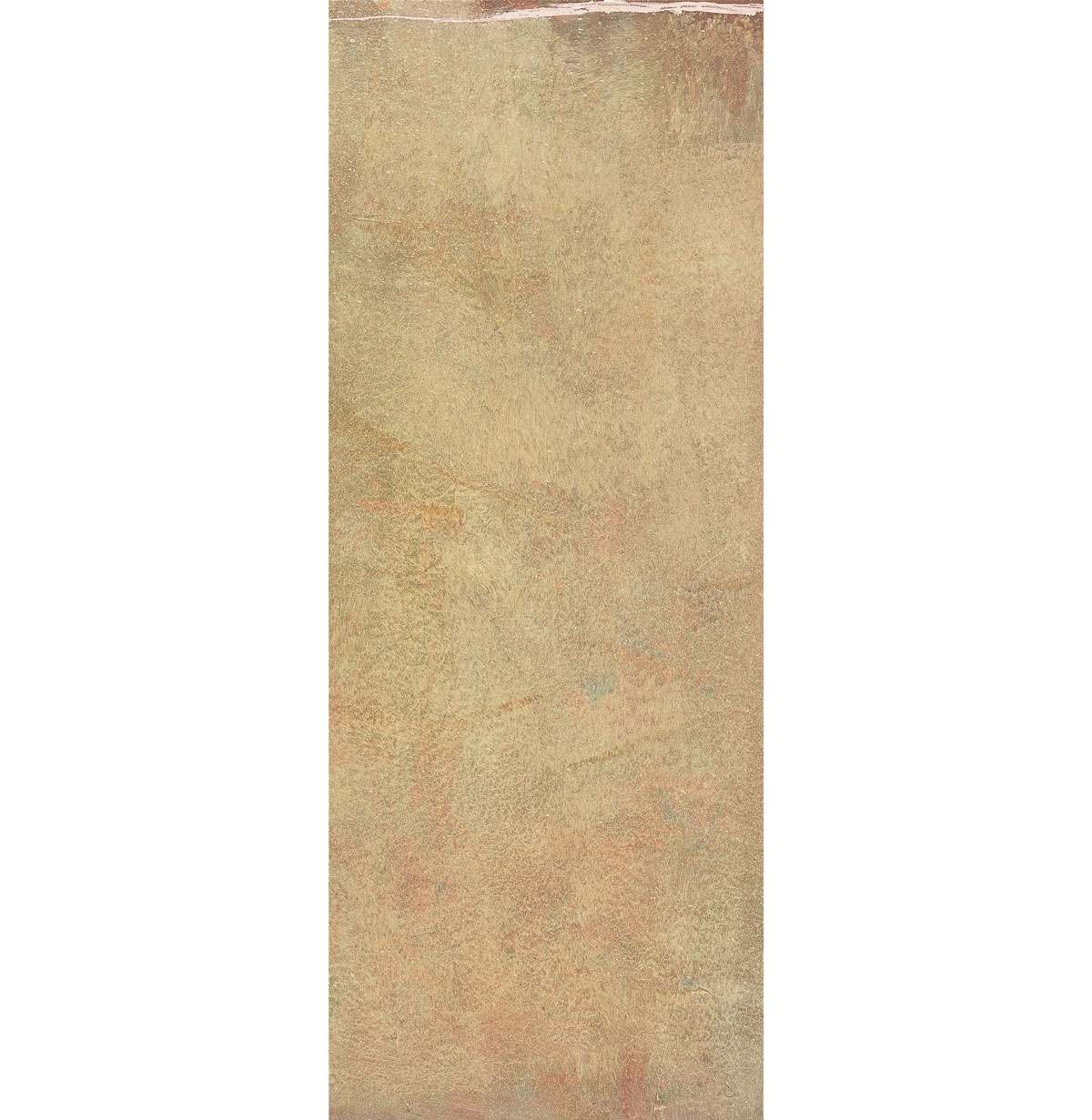 For Jules Olitski, one of the preeminent practitioners of 1960s Post-Painterly Abstraction, color, surface, scale, and experimentation with technique have been central to his art. Born in Russia, Olitski emigrated to New York with his family in 1923 where he later attended the National Academy of Design and the Beaux Arts Institute. After serving in World War II, he studied at the Académie de la Grande Chaumière, Paris, from 1949-50, and New York University from 1952-54. Initially influenced, like other artists of his generation, by the thick, impastoed surfaces of vanguard painting in the 1950s, Olitski and his Post-painterly contemporaries—Helen Frankenthaler, Morris Louis, and Kenneth Noland­ soon began to stain or dye acrylic paint (just becoming widely available in the 1960s) directly into an unprimed canvas. The result, a smooth, texture-less surface, glowed with luminous, high-keyed hues and broad swaths of color.

By 1964 Olitski had moved on to the execution of large spray paintings. Substantial in scale (some measured upwards of eighteen feet in width), these misty, hovering clouds of color sprayed onto the canvas bear such evocative titles as Pink Drift, High A Yellow, and Lavender Liner. To delimit the expansive nature of these vaporous mists, Olitski partially enclosed his compositions with thick, linear passages of paint, pastel, or crayon that paralleled one or more edges.

In 1972, desiring to move beyond the thin, intangible “skin” of his spray paintings, Olitski thickened his medium and applied the pigment with a roller or squeegee to develop variations in opacity and transparency. Darkness Spread-9, an early instance of this freshly-honed technique, embodies the artist’s new interest in a tactile, wind-ruffled surface and muted, toned-down palette. The picture’s import is indicated as well by the artist’s handwritten inscription on the back of the canvas: “To Clem, from Jules Olitski 1973.” “Clem” is Clement Greenberg, the influential critic of the 1960s and 1970s who encouraged, critiqued, and promoted not only Olitski’s art, but also that of Anthony Caro, Helen Frankenthaler, Kenneth Noland, and Jackson Pollock.

The tall (almost seven feet in height), slim format (less than three feet in width) suggests Darkness Spread-9 may be a mere fragment of a vast, cosmic process, namely the gradual dissemination of darkness evoked by the title. The “darkness,” however, is of an overall wheat-colored hue, underneath and through which wisps of dusty rose and pale green are discernible. A gradually widening line of creamy pink impasto cuts across the top of the canvas. Its presence momentarily interrupts the diffusion of the painting’s shifting field of color.As a pronounced element at the upper edge of the canvas, it counterpoints the “empty,” largely monochromatic expanse of muted color.

As early as 1965, Olitski articulated what would become his life’s work in paintings that both pre- and post­ date Darkness Spread-9, namely an uninhibited exploration of the expressive potency of color: “Painting is made from inside out. I think of paintings as possessed by a structure—i.e. shape and size, support and edge—but a structure born of colour feeling…I begin with colour. The development of a colour structure ultimately determines its expansion or compression-its outer edge.”