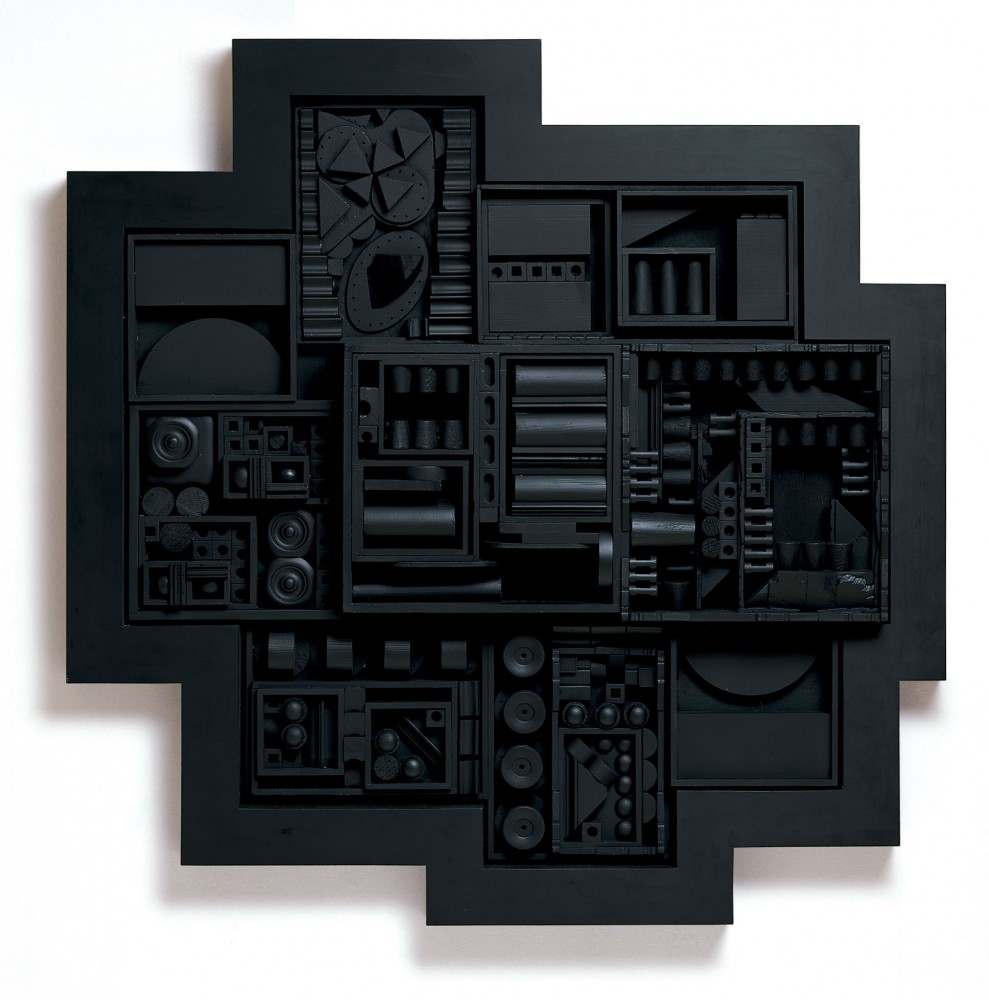 Dubbing herself “The Architect of Shadow,” Louise Nevelson was often linked with other assemblage artists of the 1950s and 1960s, but her choice of medium—found wood—initially distinguished her from her contemporaries. In the mid to late 1950s, she was constructing increasingly architectonic edifices composed of multiple box-like units stacked many levels tall. Each of the dozens of compartments was filled with cryptic juxtapositions of machined forms (balusters, spindles) and salvaged fragments (splintered planks, driftwood). Sprayed a uniform and evocative black, Nevelson considered it “the total color” and “the most aristocratic color of all.”

In 1968–69, Nevelson originated a series of wall-mounted reliefs she called Zags. Black Zag I, like many in the series, is composed of variously sized boxes aggregated in a zigzag, irregularly-stepped profile that may owe something to the currency of shaped canvases introduced in the 1960s. Like a number of others in the group, Black Zag I is enclosed in a wide, flat frame of Formica. Nevelson’s composition is dominated by several shallow and densely packed boxes brimming with many small forms, some of which were designed and tooled to Nevelson’s specifications of purchased commercially (children’s building blocks and Lincoln Logs from Macy’s, for example). In contrast, containers conspicuously spare and flat, two of which include half moon-like shapes, are placed at three of the four “corners” to mitigate the sculpture’s overall density. The sleek, seamless Formica frame, as smooth as the wooden circles, cylinders, spheres and cubes within the boxes, also tempers and contains he internal complexity of Black Zag I. Individual components appear in clusters, or in horizontal or vertical rows, producing an overall compositional unity that subordinates the individual elements. Metaphorically, idiosyncratic identity vanishes within a mysteriously shadowed whole that tellingly evokes the elemental yet problematic relationship of an individual to a totality.