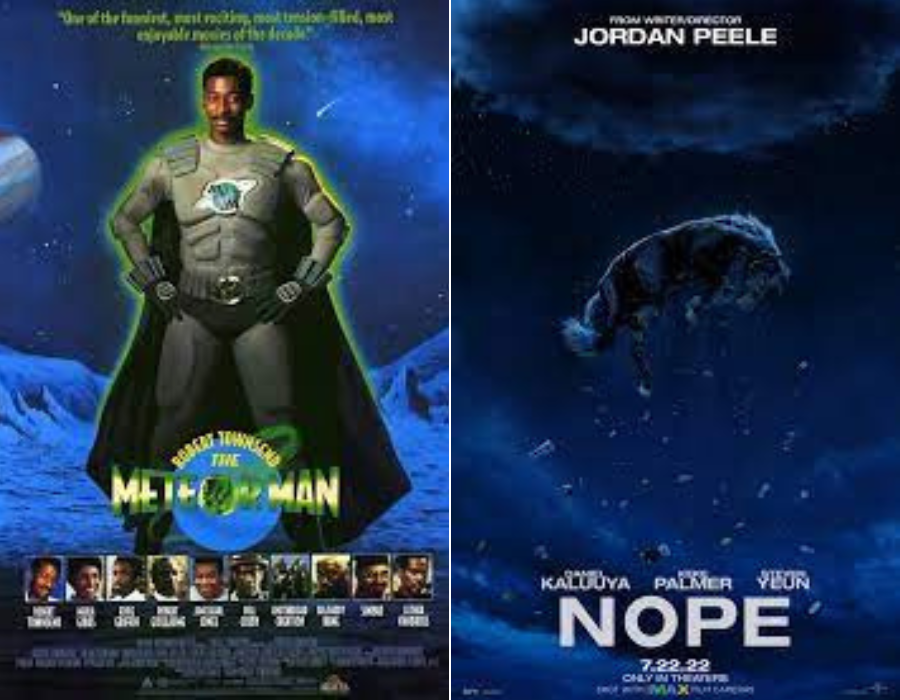 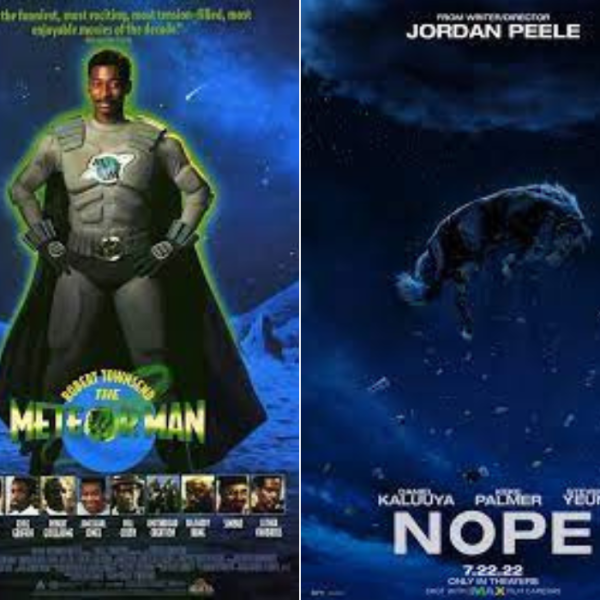 Allegory is a series of double features, selected by Bakpak Durden on the occasion of their exhibition Bakpak Durden: The Eye of Horus. Each film contains multiple narratives and perspectives, inviting the viewer to draw their own conclusions.

Please RSVP using the form below.

The Meteor Man is a cult classic and Nope, the most recent release in our series, a spectacular instant hit, each have an otherworldly occurrence.

The Meteor Man (runtime 1 hour, 40 minutes) is a 1993 American superhero comedy film written, directed, co-produced, and starring Robert Townsend. Townsend stars as a mild-mannered schoolteacher, who becomes a superhero after his neighborhood in Washington, D.C. is terrorized by street gangs.

Concessions will be available for purchase at Fika Café in the museum.