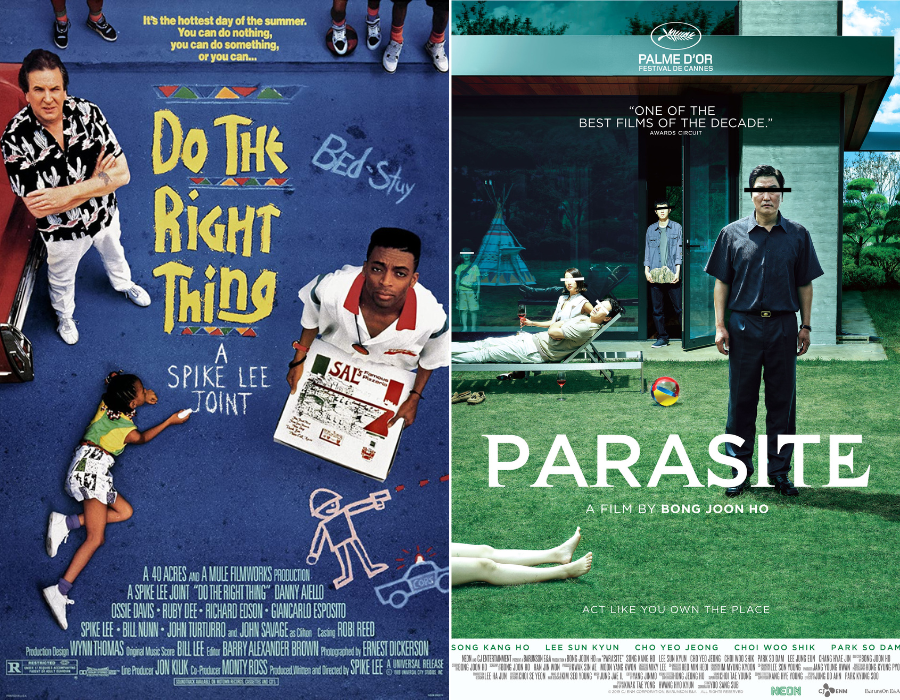 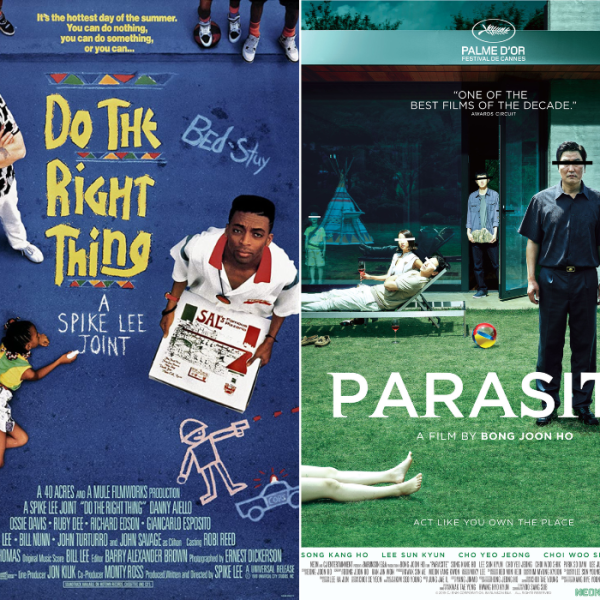 Allegory is a series of double features, selected by Bakpak Durden on the occasion of their exhibition Bakpak Durden: The Eye of Horus. Each film contains multiple narratives and perspectives, inviting the viewer to draw their own conclusions.

Please RSVP using the form below.

Do The Right Thing and Parasite, each critically acclaimed from the time of their release, are known for their social commentary.

Do the Right Thing (runtime 2 hours) is a 1989 American comedy-drama film produced, written, and directed by Spike Lee. The story explores a Brooklyn neighborhood’s simmering racial tension between its African-American residents and the Italian-American owners of a local pizzeria, culminating in tragedy and violence on a hot summer day. Resounding lauded as one of the most important films of the 1980s Do The Right Thing has been entered into the library of congress for its cultural significance.

Parasite (runtime 2 hours, 12 minutes) is a 2019 South Korean black comedy thriller film directed by Bong Joon-ho, who co-wrote the screenplay with Han Jin-won and co-produced the film. Greed and class discrimination threatens the newly formed symbiotic relationship between the wealthy Park family and the destitute Kim clan. Considered one of the best films of the 21st century, Parasite has received numerous awards for its brilliant timely portrayal of inequity.

Concessions will be available for purchase at Fika Café in the museum.

Register for Allegory Double Feature: Do The Right Thing / Parasite