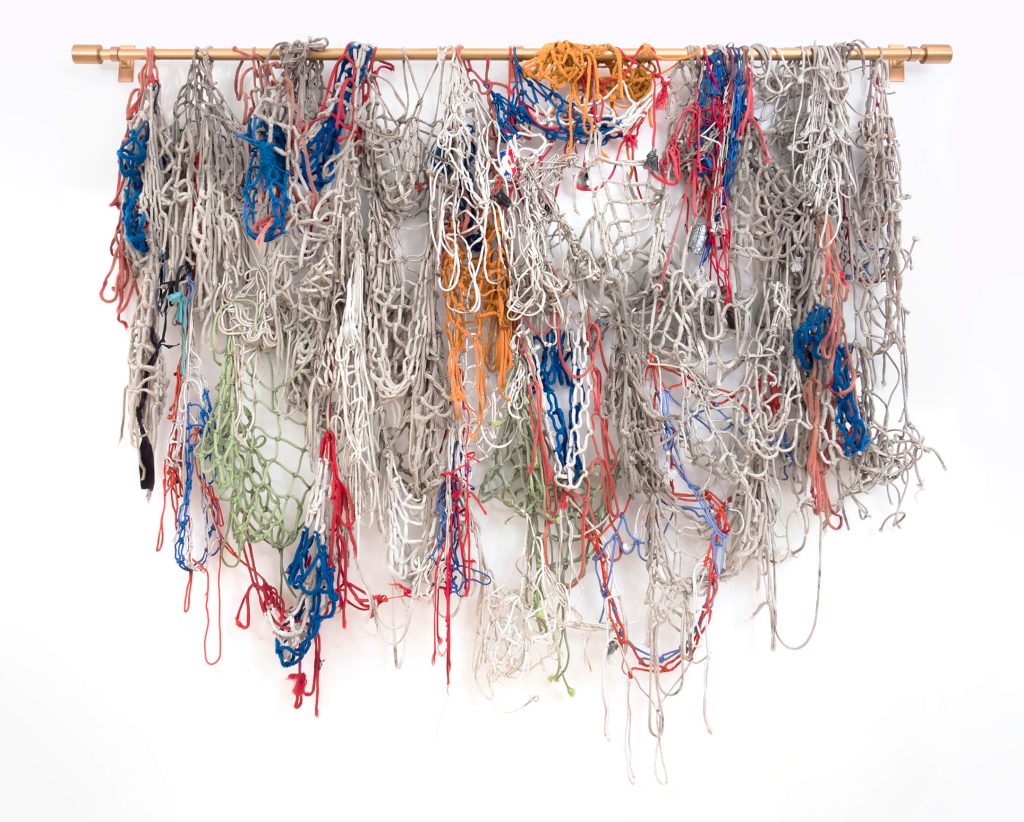 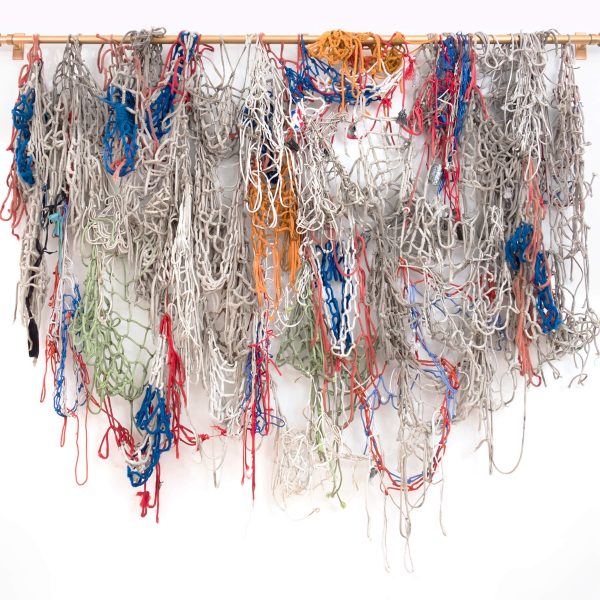 Bleachers are inherently linked to both community and intimacy. On top of the bleachers, you have the raucousness of fandom that brings people together for the love of the game. Underneath, the bleachers are where whispered voices and more intimate interactions happen. Bleacher Talks activate the temporary sculpture The Kiss, featuring two bleachers borrowed from Cranbrook Schools campus. Typically staged on opposing sides of the field, Winston brings them together to bridge a conversation within Tyrrell Winston: A Tiger’s Stripes, join us for an intimate exchange of ideas between Tyrrell Winston and painter, Jammie Holmes, moderated by curator and filmmaker Matt Black.

This talk is free and open to the public, please register using the form below.

California-born, Detroit-based artist Tyrrell Winston’s artwork is a result of years of collecting, organizing, and reconfiguring discarded objects. Winston has obsessively collected found objects from the streets of Manhattan, Brooklyn and now Detroit, as a public service, examination of, and fascination with the permanent energy left behind within the objects. Winston’s work also revolves around drawing parallels in the absurdity between the symbolism of contrasting objects. The intentional mixture of these elements examines hope and hopelessness, resurrection and regeneration, vitality and recklessness.

Winston is well known for his basketball wall sculptures that explore the concept of embedded history and how an object’s past can become abstracted. All of the basketballs in this series are found objects which Tyrrell manipulates into sculptural shapes as he links them together into a set of predetermined compositions. In an age where connections are intangible and we’ve lost sight of material consequence, Winston’s assemblages are a reminder that the things we neglect don’t disappear simply because we’ve moved on. His works nudge us to remember the persistent energy that remains within seemingly insignificant records of human existence.

Winston’s new sculptural works from outdoor bleachers, serve as a forum for conversations, transforming the object’s typical function of seating opposing teams into a space of dialogue and creative exchange.

Jammie Holmes is a self-taught painter from Thibodaux, Louisiana, whose work tells the story of contemporary life for many black families in the Deep South. Through portraiture and tableaux, Holmes depicts stories of the celebrations and struggles of everyday life, with particular attention paid to a profound sense of place. Growing up 20 minutes from the Mississippi River, Holmes was surrounded by the social and economic consequences of America’s dark past, situated within a deep pocket of the Sun Belt, where reminders of slavery exist alongside labor union conflicts that have fluctuated in intensity since the Thibodaux Massacre of 1887. His work is a counterpoint to the romantic mythology of Louisiana as a hub of charming hospitality, an idea that has been perpetuated in order to hide the deep scars of poverty and racism that have structured life in the state for centuries.

Despite the circumstances of its setting, Holmes’ work is characterized by the moments he captures where family, ritual, and tradition are celebrated. His presentation of simple moments of togetherness and joy within the black population that nurtures the culture of Louisiana has made him an advocate for this community. Holmes’ paintings fall somewhere between realistic depiction and raw abstraction, incorporating text, symbols, and objects rendered in an uncut style that mirrors a short transition from memory to canvas. He often references photographs from home but also draws heavily on his own recollection of moments and scenes and works quickly to translate his emotions to paint.

REFLECTIONS began as an insightful series of films focusing on art world luminaries, produced for the award-winning cultural website NOWNESS. The series, which has profiled Rashid Johnson, Jeff Koons, and José Parlá, among many others, captures the vision and inspiration of each globally renowned artist and immerses us in their singular world. As ARTNET described the films, they are “A remarkable document on the state-of-the-art world.”

Following the REFLECTIONS films, Matt released a book with ASSOULINE inspired by his acclaimed series, “Reflections: in conversation with today’s artists”. The book is a compilation of 21 of these conversations with artists, accompanied by new interviews and selected works. The book was launched at the Whitney Museum in New York and was referred to as “a vivid portrait of contemporary art” in T magazine.

As a curator, Matt Black launched REFLECTIONS with GANA Art in Seoul, Korea in 2020. The exhibition took the interviews as its jumping-off point and featured artists George Condo, KAWS, Angel Otero, Taryn Simon, Rashid Johnson, Sterling Ruby, and numerous others. The exhibition featured 34 artists in a sprawling and dazzlingly varied look at contemporary art practice, with each artist presenting an individual point of view.

He has since curated solo and group exhibitions at The Mass Gallery in Tokyo, the Charles Riva Collection in Brussels, and Woaw gallery in Hong Kong working with mid-career and well-known artists. Producted many notable commercial fine art projects and as an Art Advisor, Matt Black consults private clients in building unique art collections. Black works with artists in shaping their careers and maintains close working relationships with both artist’s studios and influential galleries worldwide.