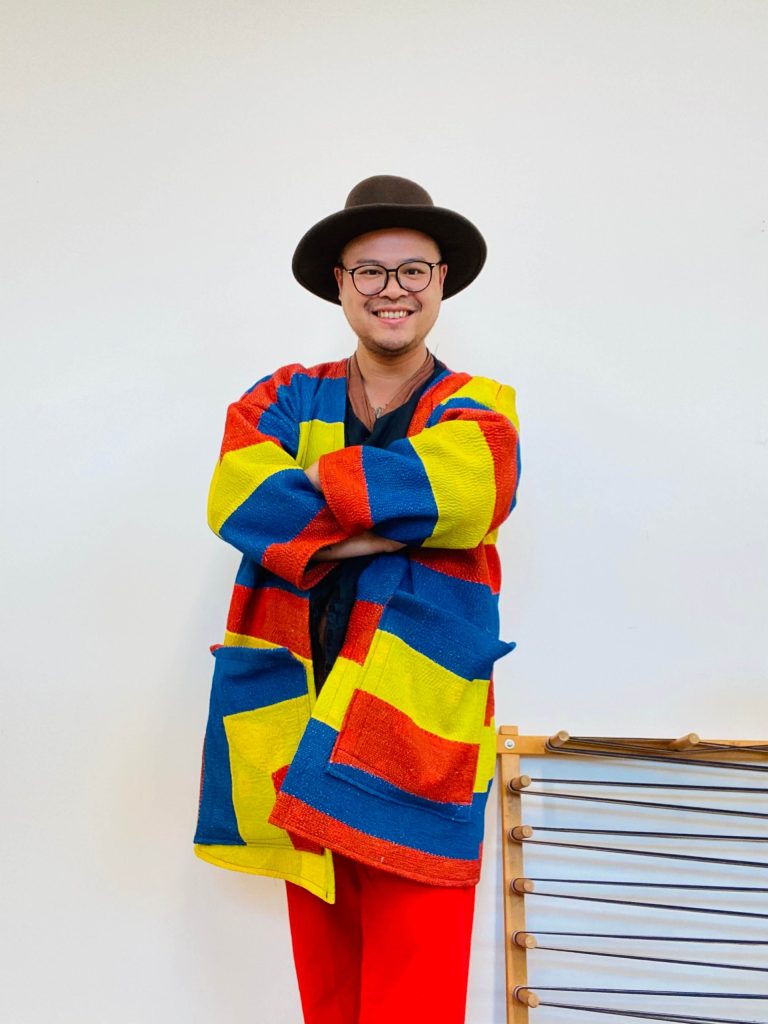 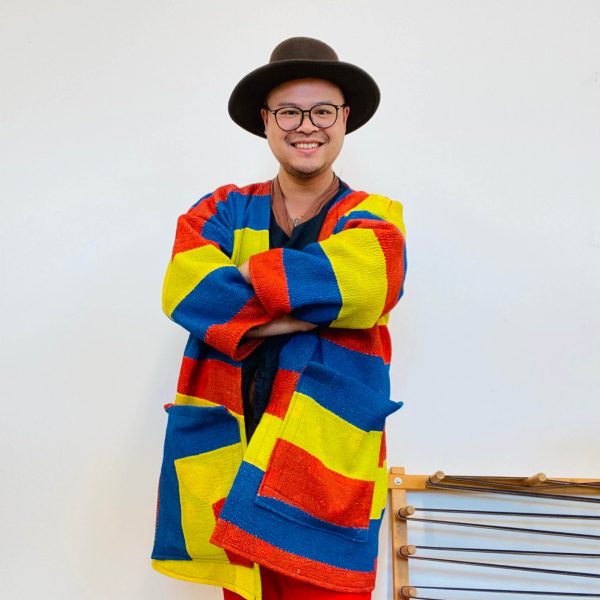 Jovencio de la Paz explores the interrelated histories of computer programming and hand-weaving by creating specialized computer software, algorithms, and other computational contexts for the Thread Controller 2 (TC2) Digital Jacquard Loom. Trained as a hand-weaver but reveling in the complexities and contradictions of digital culture, de la Paz works to find relationships between concerns of language, embodiment, pattern, and code with broad concerns of ancient technology, science fiction, utopian versus dystopian vision, speculative futures, and the phenomenon of emergence. This lecture will provide an overview of the artist’s work, as well as explore their research into the history of computer technology from the standpoint of weaving.

Jovencio de la Paz is an artist, weaver, and educator. Their current work explores the intersecting histories of weaving and modern computers. Rhyming across millenia, the stories of weaving and computation unfold as a space of speculation. Trained in traditional processes of weaving, dye, and stitch-work, but reveling in the complexities and contradictions of digital culture, de la Paz works to find relationships between concerns of language, embodiment, pattern, and code with broad concerns of ancient technology, speculative futures, and the phenomenon of emergence. Jovencio is currently Assistant Professor and Curricular Head of Fibers at the University of Oregon.

Jovencio de la Paz received a Master of Fine Art in Fiber from the Cranbrook Academy of Art (2012) and a Bachelor of Fine Art with an emphasis on Fiber and Material Studies from the School of the Art Institute of Chicago (2008). They have exhibited work in solo and group exhibitions both nationally and internationally, most recently at the Cranbrook Art Museum in Bloomfield Hills, MI; R & Company Gallery in New York, NY; Vacation Gallery in New York, NY; The 2019 Portland Biennial at Disjecta in Portland, OR; The Museum of Craft and Folk-art in Los Angeles, CA; The Museum of Contemporary Art in Denver, CO; Seoul Arts Center, Seoul, South Korea; Ditch Projects, Springfield, OR; The Art Gym, Marylhusrt, OR; ThreeWalls, Chicago, IL; The Museum of Contemporary Craft, Portland, OR; The Hyde Park Art Center, Chicago; Uri Gallery, Seoul, South Korea, among others. Jovencio regularly teaches at schools of art, craft, and design throughout the country, such as the Ox Bow School of Art in Saugatuck, Michigan, the Haystack Mountain School of Craft in Deer Isle, Maine, and the Arrowmont School of Craft in Tennessee, and is also a co-founder of the collaborative group Craft Mystery Cult, established in 2010.

Sponsored by the Fiber department at Cranbrook Academy of Art.

In-person attendance is available at very limited capacity, and we ask that all visitors take care to remain six feet away from other guests who are not members of the same household. Masks are required at all times indoors. RSVP for the in-person lecture using the form below.