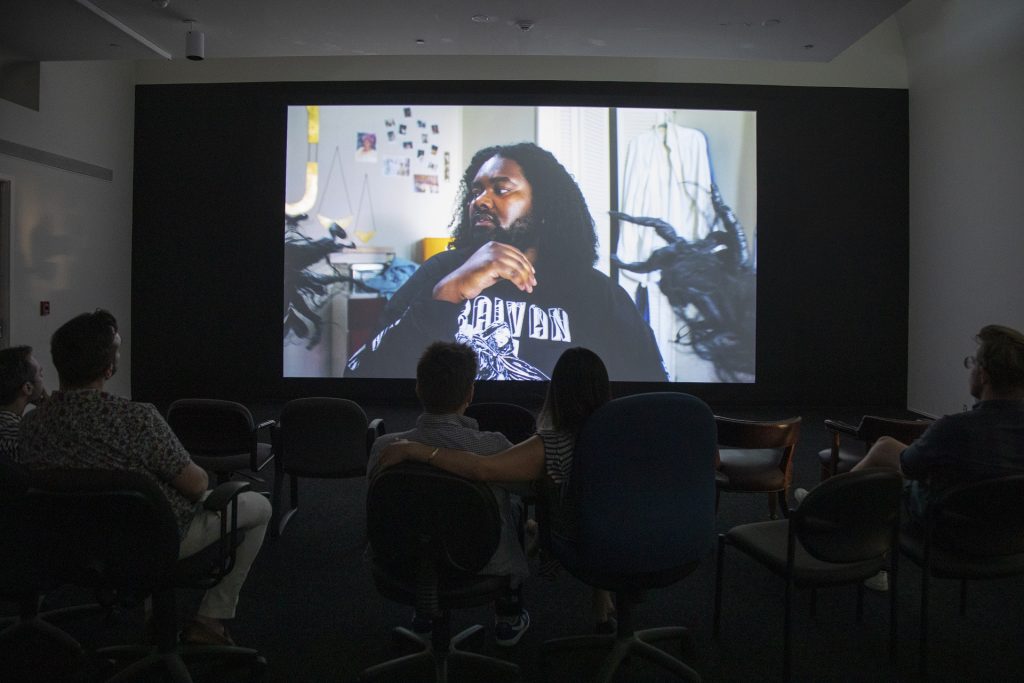 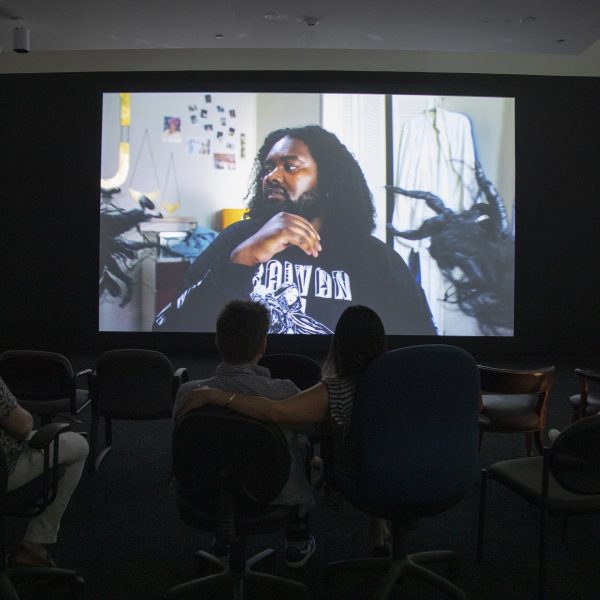 Join us for a conversation between Tunde Olaniran and comrade and collaborator adrienne maree brown, with an introduction by Chief Curator, Laura Mott. Please RSVP using the form below.

adrienne maree brown is the writer-in-residence at the Emergent Strategy Ideation Institute, and author of Grievers (the first novella in a trilogy on the Black Dawn imprint), Holding Change: The Way of Emergent Strategy Facilitation and Mediation, We Will Not Cancel Us and Other Dreams of Transformative Justice, Pleasure Activism: The Politics of Feeling Good, Emergent Strategy: Shaping Change, Changing Worlds and the co-editor of Octavia’s Brood: Science Fiction from Social Justice Movements and How to Get Stupid White Men Out of Office. She is the co-host of the How to Survive the End of the World, Octavia’s Parables and Emergent Strategy podcasts. adrienne is rooted in Detroit.

Tunde Olaniran is a musician, producer, writer, and filmmaker based in Flint, Michigan. Their second album, Stranger (2018), was called a “finely calibrated mix of purpose and playfulness, executed to stylish perfection” by NPR and “at once triumphant and defiant” by The New Yorker.

In addition to their own work, Olaniran co-wrote and produced “Hijabi” and “Dog” by Mona Haydar, directing the viral video for “Hijabi,” which was named one of the top 20 protest songs by Billboard Magazine. Tunde was also a contributing author to Octavia’s Brood, a visionary fiction anthology edited by adrienne maree brown and Walidah Imarisha.

Olaniran was named a 2018 Art Matters Fellow and a 2019 United States Artists Music Fellow, alongside artists like Juliana Huxtable and Helado Negro. In 2021, during a research residency at the University of Michigan, they released a collaborative single entitled “Doorway” with cellist Yo-Yo Ma, who named Tunde one of the most innovative artists of 2019. Olaniran is currently producing a third studio album for a 2022 release, as well as a mixtape featuring artists like My Brightest Diamonds and Tune-Yards. In 2021, Tunde directed and produced their first experimental short film, Made a Universe, which will premiere in June 2022, commissioned by Cranbrook Art Museum, with support from John S. and James L. Knight Foundation and National Endowment for the Arts.