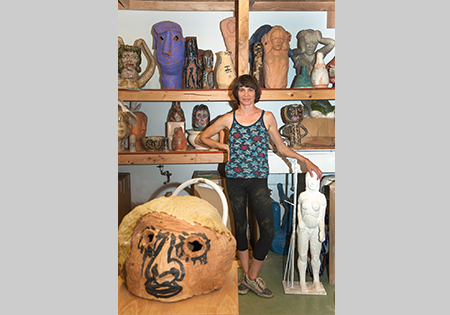 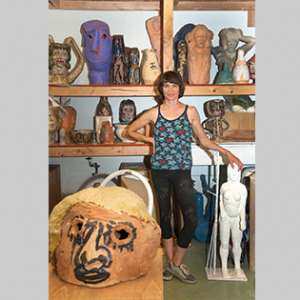 Ruby Neri lives and works in Los Angeles, CA. She first found success under a different name and in a different medium: her graffiti images of horses, made under the alias of ‘Reminisce’, could be found all over her hometown of San Francisco in the 1990s and early 2000s. Since her subsequent switch to sculpture – and to a gallery setting – human figures not equine ones have become her subject. Neri says, however, that she still wants her work ‘to have a street edge, like some kid broke in with a spray can’. Some recent solo and two person exhibitions include Berkeley Art Museum and Pacific Film Archive, David Kordansky Gallery and Los Angeles Museum of Art.

Hosted by the Ceramics Department