The Truth Booth at the Sidewalk Festival for the Performing Arts 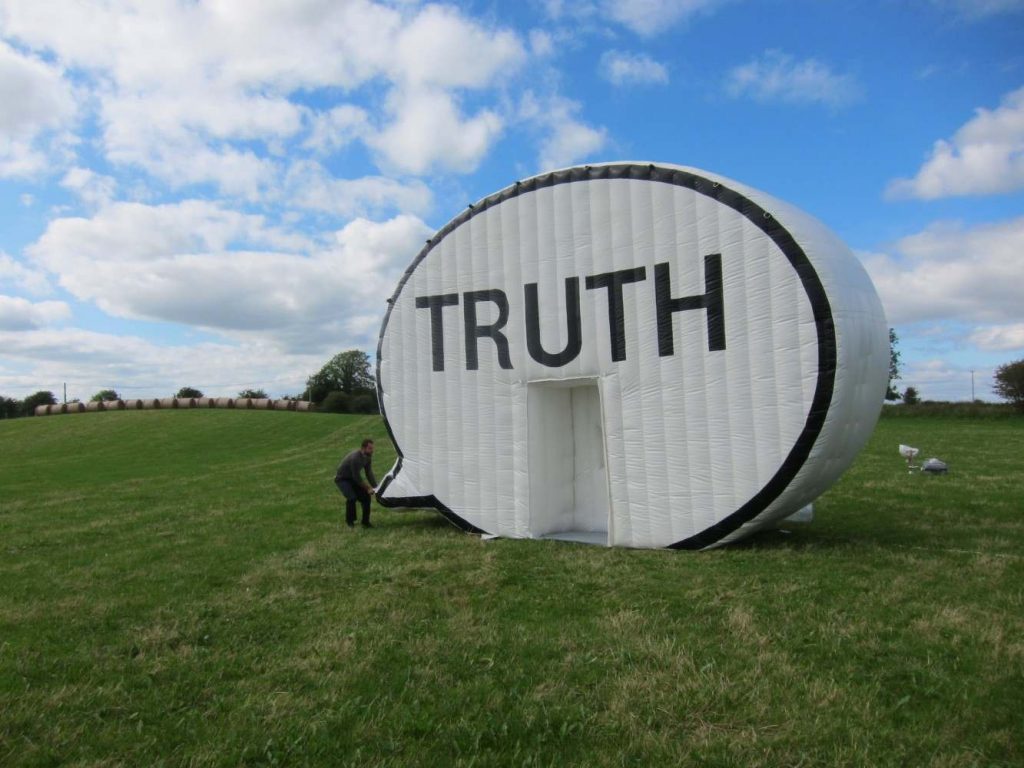 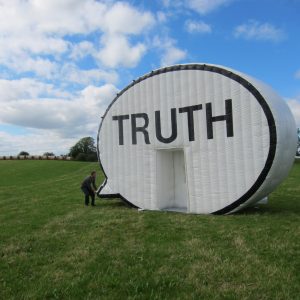 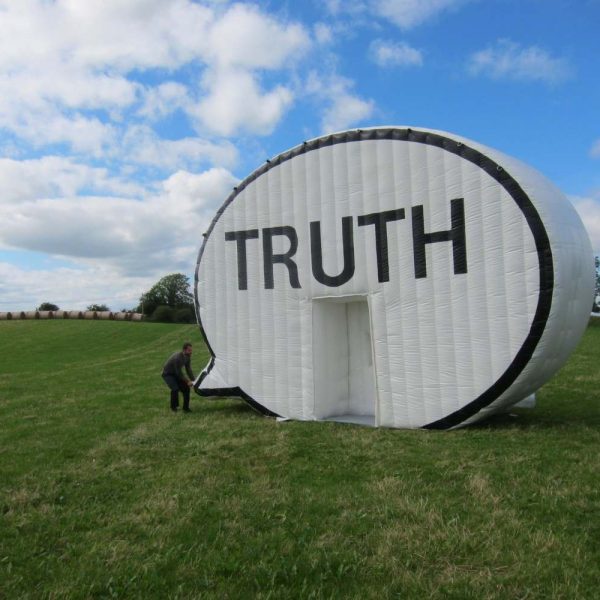 On August 6, the public artwork In Search of the Truth (The Truth Booth) will visit the Sidewalk Festival of Performing Arts in the Brightmoor neighborhood of Detroit. Created as a Cause Collective project by artists Ryan Alexiev, Jim Ricks, Will Sylvester and Hank Willis Thomas, “The Truth Booth” is a portable, inflatable video recording studio in the shape of a giant speech bubble. The booth’s interior is equipped to record and compile video responses by people as they complete the sentence: “The Truth Is…”

This is the sixth stop on a two-week tour of the Metro Detroit and Flint area. Thank you to Sidewalk Festival of Performing Arts for their help with this stop!
See Upcoming Tour Stops

The recorded results of this project will be used to create an ambitious 60-foot-wide video installation that will open at Cranbrook Art Museum in November of 2016.

The Presenting Sponsor of the project is the Knight Foundation. Leadership Sponsors include the Applebaum Family Compass Fund, the National Endowment for the Arts and Maryanne Mott.