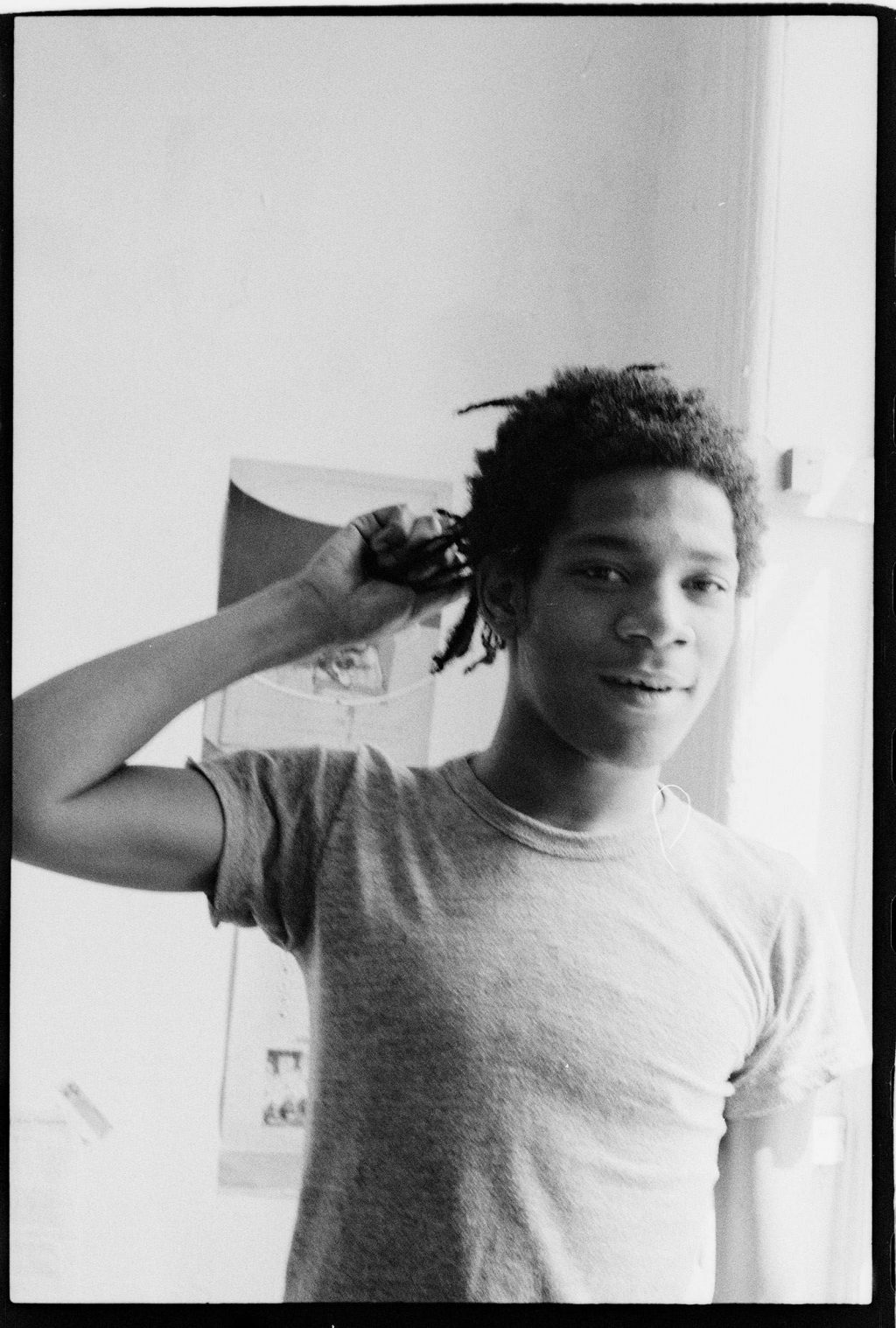 As Adler notes, “From mid-1979 to mid-1980, I lived with Jean in three different apartments, but for most of that time in an apartment that we moved into and shared on East 12th St. This was a time before Jean had canvases to work with, so he used whatever he could get his hands on, as he was constantly creating. The derelict streets of the East Village provided his raw materials and he would bring his finds up the six flights of stairs to incorporate into his art. Jean was able to make money for paint and his share of the rent, which was $80 a month, by selling sweatshirts on the street. He knew that he was a great artist.”

The exhibition and accompanying catalogue present New York City in the late 1970s and early 1980s through the prism of Jean-Michel Basquiat’s art and provide a window into the art-rich time that he emerged from as well as impacted so profoundly. It will sharpen and deepen our understanding of this artist at a vital yet mostly unknown, or at least under-discussed, moment of his career. Ultimately, this exhibition will attest to Basquiat’s virtuosity in formation—the creative impulses that yielded a distinctive voice, but also the many diversions or paths he explored as he was developing a signature style.

Basquiat Before Basquiat: East 12th Street, 1979-1980 is presented at Cranbrook Art Museum contemporaneously alongside three other solo exhibitions by artists that all operate at the intersection of art and street culture: Ryan McGinness: Studio Views; Keith Haring: The End of the Line; and Maya Stovall: Liquor Store Theatre Performance Films.

Basquiat Before Basquiat: East 12th Street, 1979-1980 is curated by Nora Burnett Abrams. Presenting sponsors include Henry and Lorie Gordon and a generous gift from Daniel Benel and Lena Fishman.