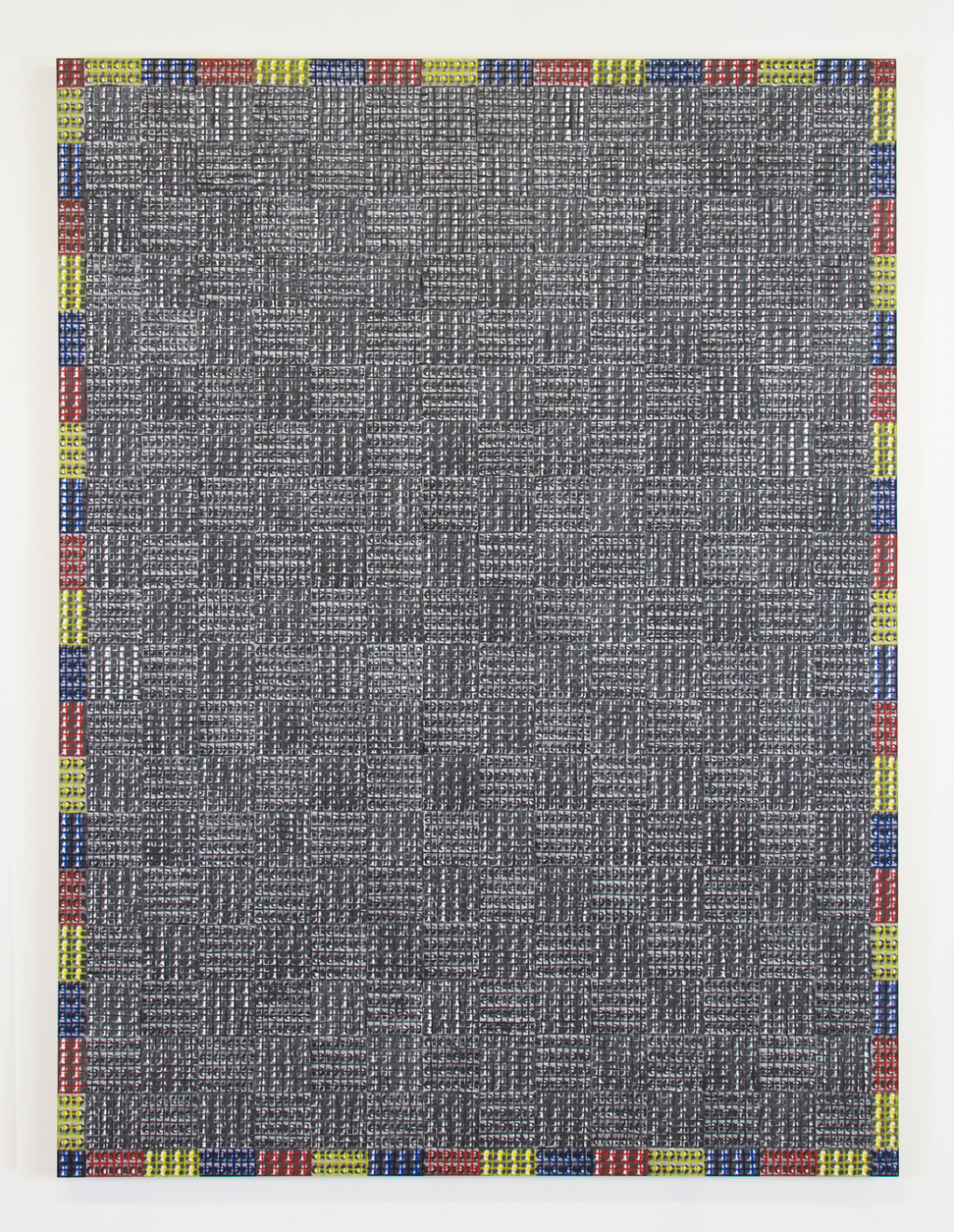 McArthur Binion, binion/saarinen: one, 2018, oil paint stick and paper on board

In the studio of Chicago-based painter McArthur Binion, a handwritten note has been pinned to the wall for a decade that reads “Binion/Saarinen.” The artist’s initial concept was to create a painting inspired by architect Eliel Saarinen and his design of Cranbrook’s historic campus, where Binion received his MFA in Painting in 1973 and received the Distinguished Alumni Award in 2017. This early spark of inspiration will come to fruition at Cranbrook Art Museum and expanded through the creation of seven new works alongside a selection of Saarinen objects curated by the artist.

Binion’s interest in the noted architect and campus is consistent with his artistic strategy that mines his personal history. One of his most prominent series of paintings is titled DNA, which he wittily says could stand for “… Distinct Neurological Advancement, or Detroit Negro Artist…”, yet either interpretation can be understood as an important origin of his human experience. Born in Mississippi on a farm and raised in Detroit, Binion repeatedly uses documents of his life—his birth certificate, personal phone book, identification portraits—as the first layers in his paintings. He then builds the surface with hard-pressed oil stick or crayon in grid patterns, creating a visual profile that aligns his work within the traditions of postwar abstraction and Minimalism. However, personal biography is typically absent in these movements, and Binion’s work communicates a distinctly African-American narrative and a pursuit of selfhood.

Through this exhibition, Binion is returning to the genesis of his painting practice rooted in his formative years at Cranbrook, where he spent a significant time exploring the grounds, architecture, and designs of Saarinen. Binion is a fascinating example of how architectural intentionality resonates in those who live and learn within it. As David C. De Long describes in Design in America: The Cranbrook Vision 1925-50, the legacy of Cranbrook graduates is the production of “diverse expressions linked not in appearance or even clearly specified principles of design, but rather a consistent attitude towards place and materials.” As an exercise in autobiographical cartography, Binion’s new works will be derived from research of Saarinen’s biography and exhibited alongside selections of the architect’s drawings, concept sketches, and design objects, as well as one work from Eliel’s son Eero Saarinen.

Binion/Saarinen: A McArthur Binion Project is organized by Cranbrook Art Museum and curated by Laura Mott, Senior Curator of Contemporary Art and Design. The exhibition is supported by the Maxine and Stuart Frankel Foundation and members of the Museum Committee and ArtMembers at Cranbrook.